Rapper Horror Movie Performances That Will Make You LOL 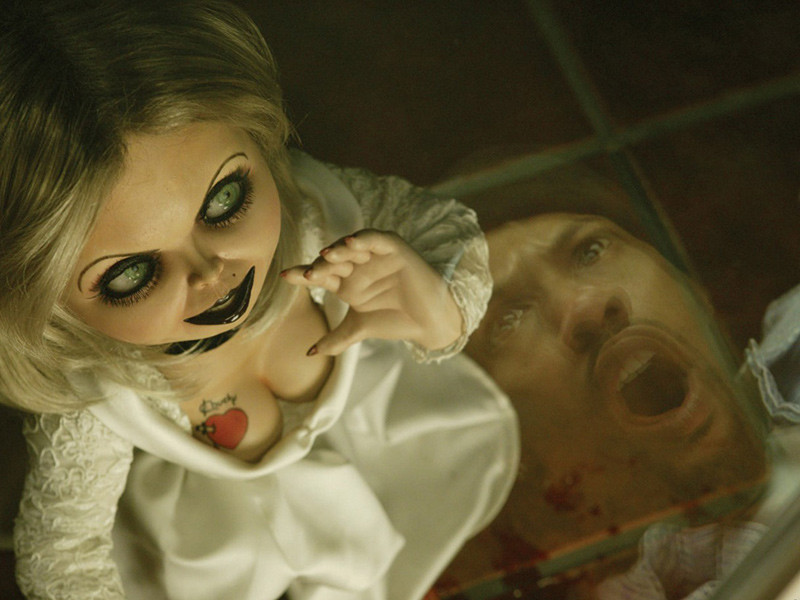 Let’s face it, any way you want to shake it, horror film roles are usually reserved for actors with skills that are still in the budding phase. Performances in the generally R-rated flicks typically range from campy to outright comedy, and regardless of how many ghost stories have been told over the centuries, making them look believable on the big screen isn’t always an easy task.

That being said, horror film roles are the perfect launching pad for rappers. Although not classically trained, their animated personas and creative minds (and of course, their celebrity) make it fairly easy for them to enter the acting world with minimal expectations.

To celebrate Halloween 2017, we’re examining those times minimal expectations that led to some fairly comedic moments thanks to Rapper Horror Film Roles.

Editor’s Note: Some spoilers ahead, but you shouldn’t really concern yourself with having never seen all this fine cinema anyway.

By the time Seed of Chucky came around in the Child’s Play film series, moviegoers had all but lost count of what number the series was actually on and the studio pretty much abandoned making Chucky a running punchline.

Reggie Noble added to his severely underserved filmography credits with this kiddie nightmare and the most tragic aspect of his role was ruining a perfectly good pair of Timbs.

Like his brother from another mother, Funk Doctor Spock, Method Man doesn’t nearly get enough props for his acting ability (The Wire, Red Tails, The Cobbler, The Deuce) but being featured in a film where slithery snakes get four times the amount of camera time as you is far from a good look.

Leprechaun in the Hood is without a doubt a comedy film — one that was spawned thanks to the popularity of Ice Cube’s Friday a few years prior. Hearing Ice-T refer to himself as “Mack Daddy” and going on a warpath over a flute is alone worth wasting two hours of your life.

For what it’s worth, Bones isn’t so much bad as it is badly executed. The plotline of a murdered ’70s pimp coming back for revenge is intriguing enough and Snoop’s makeup does spawn some inadvertent funny-ass moments. In an interview with HipHopDX last Halloween, Snoop Dogg’s second-eldest son Cordell shared which moment gave him the creeps as a kid.

When it’s all said and done, LL Cool J’s acting career will go down as a revered one, especially for a rapper-turned-actor. But there isn’t anything memorable about being involved in this Halloween reboot, which simply turned out to be the last one before the next one … and the one after that. Even his “death scene” hilariously sucked.

Whoever thought it would be a good idea for Busta Rhymes to open up some kung-fu kick-ass on Michael Myers … was absolutely correct. That shit was, and still is, funny as hell. It’s a shame they didn’t get that Last Dragon remake off the ground while Busta was still in his prime.

If the internet was as big a thing as it was around the time Thir13en Ghosts dropped, there would have probably been 15 articles labeled 13 Reasons Thir13en Ghosts Is Boo Boo or something of that nature. Reason #7 or #8 would have come courtesy of the director fishing for any reason to let audiences know Rah Digga was a rapper. They tried it but should have scratched it out of the script. Get it?

Watching this random-ass scene is funny enough but imagine X screaming “You won’t take this from me baby!” while viewing it just may rupture your spleen. Try it at your own risk.

If you can’t get a good laugh out of watching this trailer, then your B-movie radar must be defective. Although watching the entire movie is nowhere near as cinematic as this condensed clip, best believe the ridiculousness factor still holds up. Especially when Bizzy Bone is freestyling about the head he’s about to get.

Once upon a time, Sega made quarter-eating arcade games and then they decided to cast Sticky Fingaz in the motion picture adaptation. Any questions?

In what undisputedly ranks as the most boring film on this list, the artist formerly known as Mos Def paid his dues and became the token death dummy in a film anyone would be hard-pressed to stay awake through.

There isn’t a movie genre Ice Cube hasn’t taken a stab at it and his ambition should always be valued. In his second crack at horror (1997’s serial killer snake film Anaconda was the first), the John Carpenter-directed mess couldn’t decide if it wanted to be creepy or cheeky. Spoiler alert: it failed at both.

It’s been agreed upon around these parts that Will Smith movies are better for seeing him in action, rather than the actual plotlines. While I Am Legend ranks as one of the better pieces of cinema to come from within Overbrook Entertainment’s vault, there were still some eyebrow-raising moments where it’s tough to tell how serious the touch The Fresh Prince was going for. All we know is, it’s a damn shame what they did to that dog … (© Coming to America).

Before social media made such acts of frivolousness a thing, Snoop Dogg and several others made a movie for absolutely no reason and those lucky who dared to knock the dust off a copy of this at their local video store were in for a few chuckles. Seeing Snoop fire off around 300 bullets without reloading, and an exclusively stationary Fat Joe and Big Pun (R.I.P.) order hits were reasons enough to give this joint a sliver of your attention.

Bonus: Not a movie but way to “horrify” a perfectly good video, Childish Gambino…