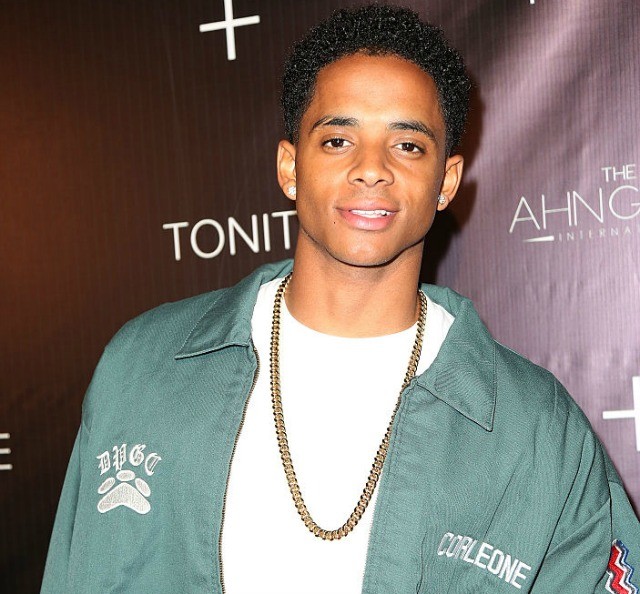 Hollywood, CA – There probably isn’t an area of expertise Snoop Dogg hasn’t made a money play for, and that’s including the realm of horror films. In 2001, the legendary rap star was on a serious movie kick, appearing in a wide range of cinema, including the Academy-recognized Training Day and John Singleton’s hood classic, Baby Boy. In October of that year, just in time for Halloween, he got his first leading role in a big studio with Bones, a blaxploitation scary movie where he played an undead 1970s fly guy opposite Pam Grier and Clifton Powell.

Snoop Dogg’s son, Cordell, was also in the building (dressed like his pops, no doubt) and HipHopDX inquired on his experience with his dad’s attempt at giving fans blood and gore on the big screen.

“Man, I was three-years-old [when that film dropped],” the now 19-year-old former collegiate athlete remembered. “I was so scared of that movie. I had nightmares for like months straight. I didn’t like my dad after that movie because I thought that’s how he was [in real life]. I just didn’t like it all.”

Those early disciplinary years must have come easy for Papa Snoop as the second eldest admitted, “I was scared of him for like three years.”

As for his favorite part in the film, young Cordell cited one of the many scenes where his dad’s character enacted revenge on those who murdered him.

“When the maggots were falling in the ceiling and they fell in the cup. So every time I get a cup, I look into and make sure there are no maggots or anything. I’m traumatized from this day on,” he said with a laugh.

Quite the philanthropist himself, Cordell admired his rapper son peer’s efforts with the Tonite Halloween Bash, a charitable extension of Los Angeles Mayor Eric Garcetti’s office, which provides after-school programs for over 25,000 children in low socioeconomic communities across the city.

“It feels good to see a millennial just like me with the same background — want to give back,” Cordell says, speaking highly of Justin. “When we have everything in the world, and we decide to give back and step aside from the norm … I just love what he’s doing and I’m in full support and I want to be a part of it.”