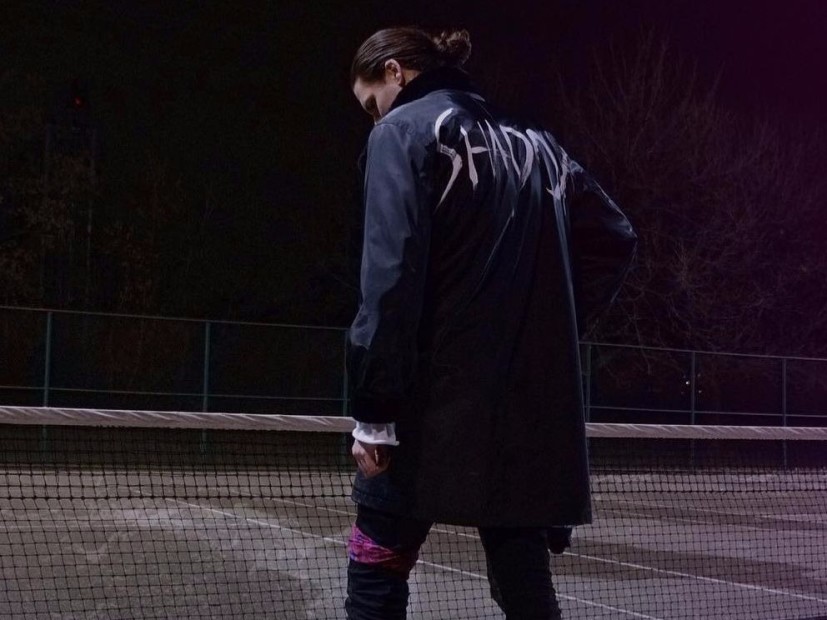 During an episode of OVO Sound Radio earlier this month, Oliver “40” El-Khatib made an announcement: “Before I leave, gonna play Shadow, an EP by Plaza, the newest member of the OVO Sound family.”

Understandably, listeners went buck trying to find out who Plaza was. As it turns out, he’s a Toronto native who had been slowly picking up steam over the last year. Plaza also marks the first official signing to the imprint since February 2016 when they inked a deal with dvsn.

Much like the mysterious aura the Drake-discovered The Weeknd exuded, Plaza is like a ball of shadows wrapped in an invisibility cloak. All of his photos are tinted purple and with the exception of his EP cover, they’re about as non-descriptive as it gets. He also lacks any context. While this is a strategy that’s been run into ground in recent years, it seems to have worked well for Plaza.

“I feel if I can make a dope product, all that revealing yourself can come in time, at a later point,” he told Noisey back in 2016. “There’s no rush to it.”

He’s letting his music speak for itself. His super slick falsetto caught a quick buzz and with Drizzy in his corner, his ascent seems imminent. But who is Plaza? Where did he come from? Is Drake building a R&B super group?

We don’t have all the answers, but here are five things that might shed (a little) light on the new OVO voice.

The Name Plaza Has No Meaning

When asked about his name by Noisey writer Jake Kivanc during an interview, he revealed his name has no deep — or even intrinsic — meaning. “It’s all about aesthetics,” he said. “The name is a hard sound—A-Z-A really hits … It’s sort of abstract, but it’s also short and punchy. There’s no great meaning past that.”

Shadow Is His Second EP

Shadow is actually the second effort by Plaza. His debut EP, One, dropped last August to widespread acclaim seemingly overnight. He landed on a few blogs, but it wasn’t until The FADER premiered his single “Personal” that things really started to take off.

He Is Largely Organic

One of the interesting things about Plaza is that his growth appears to be organic. He put his album up on SoundCloud last year and it grew legs from there. While we’re confident he did something to promote the record, it isn’t evident as to what he did. In fact, The FADER premiere of “Personal” is where his social media presence seems to begins, but the retweets on Twitter were less than stellar.

Those jumping on his bandwagon are actually late. Once they got a taste of “Personal” and discovered One, numerous publications placed him on their year-end “artists to watch in 2017” lists back in 2016. Toronto outlet Now Magazine, and major US outlets like Buzzfeed and Complex seemed to get the vibe the young singer was onto something.

He Understands The Weeknd Comparisons But Doesn’t Like Them

Shadowy imagery, ghostly falsetto, Toronto-resident and a Drake co-sign — his similarities to The Weeknd are like an elephant in the room.”Yeah, I can see that,” he told Noisey when asked about the comparison. “But I don’t like to make comparisons. I’m really trying to be my own artist.” He quickly redirected from there.

It’s likely the more we get from him, the less he’ll remind us of The Weekend. Until then, check out Shadow below.