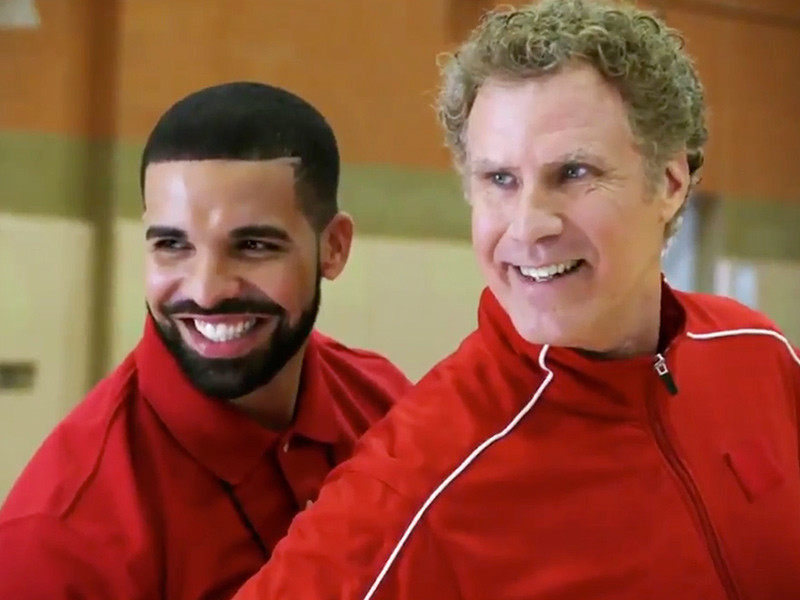 Over the years, Drake has proven that he’s a fan of, well, several NBA teams — so who better than the Canadian Hip Hop megastar to host the first annual NBA Awards ceremony on Monday night (June 26)?

Drake’s history as an actor is well-known and his talent as a performer can’t be questioned, so plenty of people were tuned in to see how he would handle the big occasion.

Here are some of the highlights from Drizzy’s night of hosting.

Playing Steph Curry In “Get Out”

Drake has nailed enough Saturday Night Live sketches now that people are on board with him as a comedic actor. He parodied one of the best movies of the year so far, and one of the NBA’s biggest stars, playing the role of Steph Curry in “Get Out.”

Handshake Coach With Will Ferrell

There was never any worry of this sketch flagging, given that they drafted one of the finest comedians of the last 20 years in Will Ferrell. The concept is also hilarious, an elaborate takedown of the NBA’s increasingly elaborate handshakes, ending in “The Obi-Wan Kenobi.”

Not every joke in the opening monologue was a hit (SB Nation called it “the most awkward monologue ever heard before an award show”) but LeBron James bald jokes? C’mon, they don’t get old, right?

In what seemed a lot like vengeance for Drake calling his podcast “a tough listen,” Draymond Green added a prolonged video of Drake’s shoes to his Snapchat story. Never a compliment.

This clip isn’t exactly full of laughs or anything, but it’s worth a watch just to see how much Shaquille O’Neal towers over Drake.

“Drake, Whose Grandma Is That?”

One of the night’s best skits featured a nervous Drake ducking questions about his worries over hosting the big event … it also featured somebody’s grandma.