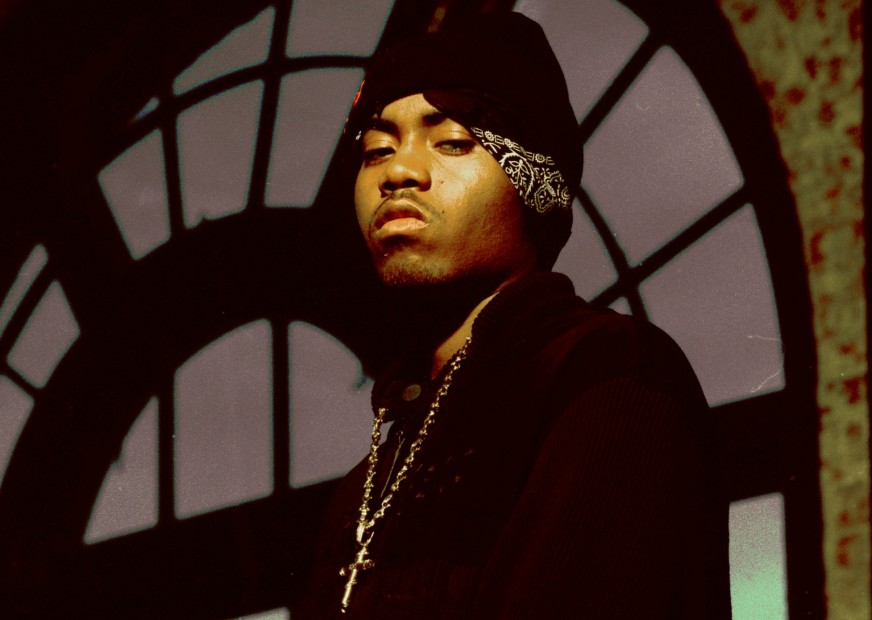 "Nas Is Like" Just May Be Nas' Most Important Record

In 1999, the triad of hardcore gangsta, backpacker, and “Jiggy” subgenres had simultaneously culminated to make rap the highest selling genre of American music. Unlike the early 90s, the rap industry gave fans three basic selections in order to buy into Hip Hop culture: 1) radio-friendly R&B samples and shiny suits, 2) godbody, scientific-minded, ultra-lyrical intellectual of the underground rap circuit 3) thuggin’ with bandanas and Timbaland boots or Chucks on parade.

Nas was undoubtedly one of the top-selling rappers in the game. When the album’s lead single “Nas Is Like” dropped March 3, 1999, fans wondered if he would usurp the then-coveted King of New York throne that had been debatably vacant since Biggie Smalls was killed in 1997 (provided you don’t ask a diehard fan of Jay Z). His most successful release to date with his quadruple platinum-selling sophomore album It Was Written three years prior. But the QB rhyme god stated from the jump that he wasn’t the same nefarious kid who boasted about snuffing Jesus, sticking up nuns with the TEC-9 he kept in his childhood bedroom dresser bureau.

Echoing the sentiment of Prince at the time, Nas was staring at a virtual fork for his artistry in the road of how he should be categorized among fans. The rugged boom-bap and b-boy flare of the DJ Premier-produced single sounded like a breath of fresh air to Hip Hop traditionalists. Nas was unafraid to reveal his truth about which direction he’d take his artistry as word got out about his upcoming third album i am… for an April 1999 release date. Within the first four bars, he admonished fans to not hold their breath anticipating the second coming of his “Nasty Nas” persona that they fell in love upon his emergence on Main Source’s 1991 classic jam “Live At The Barbecue,” MC Serch’s “Back To The Grill,” and his masterpiece debut album Illmatic.

“As far as rap go, it’s only natural, I explain/My plateau, and also, what defines my name/First it was Nasty, but times have changed/Ask me now, I’m the artist, but hardcore, my signs are pain”

NYC Connection: The great DJ Premier has scored a classic beat for many an MC but few can argue that he and Nas have some of the best chemistry ever witnessed in Hip Hop.

Since “Nas Is Like,” and 12 albums deep into his discography, there have been exhausted debates about Nas’s artistic direction. On i am…, it was hard to figure out who Nas was with his wide range of beat selection that wasn’t as sample-heavy as his two preceding albums, giving way to synth keyboards, live instrumentation, and songs about being a casanova named “Dr. Knockboot” or “You Won’t See Me Tonight,” a community activist on “Can I Talk To You,” a street goon on “Favor For A Favor” with Scarface, his sung choruses for “Money Is My Bitch” and the Jay Z revenge fantasy “Undying Love” or the bad attempt rapping in the Chicago bounce style on “Big Things.”

18-Years-Young: In retrospect, Nasir’s third studio effort remains a disjointed affair but still yet another (double) platinum win for the one who was himself Escobar at the time.

This is the version of Nas that fans yearn for as they remain stuck in memory lane. We’ve seen remnants of that venerated Nasty Nas character in his 2004 single “Thief’s Theme,” his 2011 track “Nasty,” and from “Locomotive” on his Life Is Good album the following year. There have been a couple of Premier and Nas collaborations such as “Come Get Me” from the forgettable Nastradamus, and “2nd Childhood” from Stillmatic in 2001, but it’s “Nas Is Like that makes fans want more from the two with the speculated joint album between Nas and Premier. But after 18 years, it’s hard to tell when Nas and Premier will give us what we want to make us finally put the exhausted debates about the Queensbridge legend’s artistry to rest.