Nearing two decades in the game, Nas is embraced with high esteem, as his mere presence demands attention given his innate knack for leadership coupled with unrelenting lyricism. We’ve watched from the sidelines as Nas achieved a lot: obvious career highlights include his prolific debut with 1994’s Illmatic, the boldly titled 2006 release of Hip Hop Is Dead, and the gall which once found him at odds with dominant New York City radio entity Hot 97 after a legendary battle with Jay-Z. Like most rappers carrying a movement on their backs (in this case, it’s arguably Queens), the impetus for stellar work weighs a ton. Faced with lofty critical expectations, Life Is Good is an up close and personal tenth release from Nas.

Regularly praised for his versatility, Nas wears the multiple hats of ladies man, urban griot and voice of the people, fine tuning these roles to near perfection on Life Is Good. Having traveled various confusing paths over the years causing detractors to charge him with coasting off of early accolades, this album lends serious credence to the notion that he holds a fixed seat in Rap royalty dating back to the golden age. A reminder of his glory days, “Loco-Motive” finds Nas in a zen-like state musing, “I know you think my life is good cause my diamond piece/but my life been good since I started finding peace,” the song ending with an all too welcome backhanded compliment, “For my trapped in the ’90s niggas.” Other intentional nods to the past are “Reach Out” (as singer Mary J. Blige does a New Edition rendition) and “Bye Baby” (which samples New Jack Swing group Guy), an open letter to his ex-wife Kelis that gracefully comes to grips with the permanent ending to their marriage. While always introspective, Nas boldly chooses to discuss a topic on the latter track that has been under intense public scrutiny. Sonically, though, these portions of the album indicate a desire to reach an older audience that has loyally followed his career’s many phases to date. The downside to that though, is boxing out a demographic more likely to follow a rapper half Nas’ age with the same fraction of skills.

The complete package displays an obvious maturation from the veteran that is effectively in tune with a focus many have considered missing for some time, as “A Queens Story” (honoring deceased hood legends and Rap talents from Nas’ borough) and “No Introduction” are adventurous moments sure to please original subscribers and younger fans alike. While subject to debate, “Summer On Smash” (accentuated by Swizz Beatz’ infectious hook and Miguel’s vocals) also attempts effectively bridging the gap between today’s radio demographic and aging listeners, much like the provocative non-fiction of the recent single “Daughters.” Minor infractions such as “Stay” and “You Wouldn’t Understand” can be overlooked given a vocal command, delivery and passion from Nas largely thought to be almost obsolete. The biggest disconnect on Life Is Good lies in Nas’ ability to couple his strong lyrics and discussion topics with well-rounded songs. While clever wordplay and social commentary are strong suits, they tend to take a front seat to a complete composition. In a world where the value of a song outweighs the value of the words it contains, this can pose a problem to even the strongest career – including a living legend. Still, Nas carries the torch for what many artists today are lacking, and in continuing to do so will always have that lane primarily clear. It’s one he mastered at the onset of his career and doesn’t appear to be surrendering any time soon.

Life Is Good is a dual relief for Nas and his supporters as its title lends itself to interpretation as a reconciled statement to gossip obsessed tabloids. The weight lifted from his shoulders has provided with him a reinvigorated energy unifying the masses, rectifying the ongoing harsh criticism of his poor beat selection and strengthening the case for his importance throughout Hip Hop’s folklore. 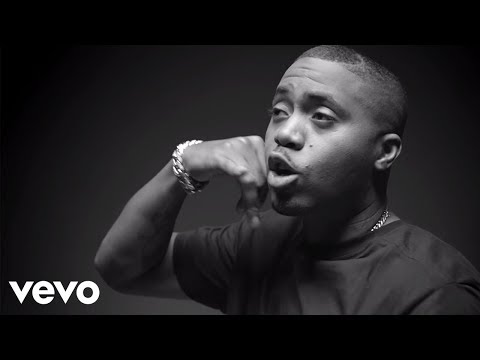