Nas has revealed that his new album Life is Good will release on July 17th.

Esco broke the news on Twitter, stating that the project will touch down in time to ride out through the end of the summer. “‘LIFE IS GOOD’ – JULY 17TH, 2012!!! #LIFEISGOOD717,” he wrote, adding a link to his official Tumblr page that also shared the release date.

Additionally, Nas will release his new single “Daughters,” produced by No I.D., to digital retail on May 1st. The artwork can be seen below. His video for “The Don” will drop on April 27th.

The Queensbridge native has been at work on the project since early last summer. So far, he has released several cuts including “Nasty,”

the latter of which will not appear on the project. UPDATE: Nas has revealed the cover art for his upcoming album Life is Good via a trailer. Watch the trailer and check out the album cover below. 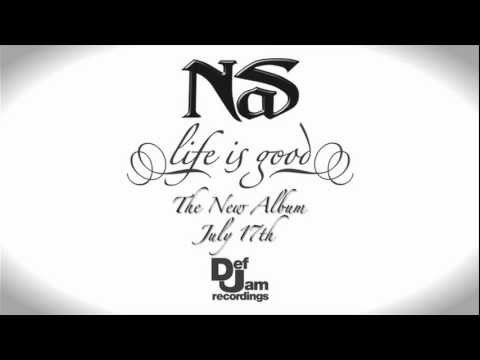 UPDATE #2: Nas has revealed the artwork and tracklist for his upcoming album, Life is Good (via RapGenius). The work notably features a reunion with mentor Large Professor, as well as production from the late Heavy D, as well as No I.D., Salaam Remi and Buckwild.