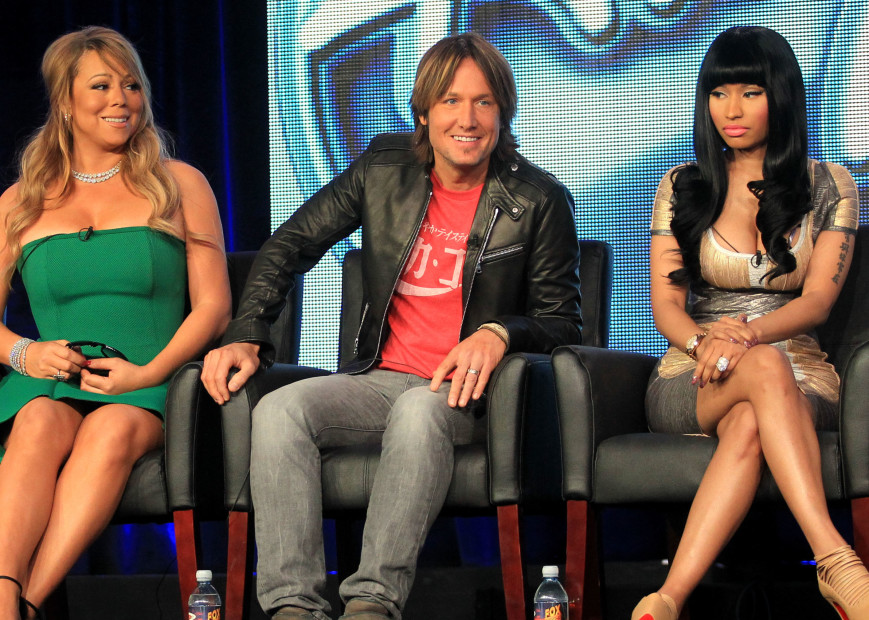 Mariah Carey’s road to her 15th studio album has already been a bumpy one, thanks to the clunky first single, “I Don’t,” which featured an out-of-place YG guest appearance and even more disjointed music video.

Instead of pulling the life support on the record, Mariah & Co. decided to add a new verse courtesy of none other than Remy Ma. YG’s rugged exterior already corroded the smooth and jazzy Donell Jones sample and the Plata o Plomo co-star did nothing to bring it back from an unbearable listening experience. The song was straight trash without Remy’s contributions, but her stilted delivery and mundane lyrics sound like a struggle to tiptoe around cuss words that weren’t allowed here.

But that’s not the story here. Remy Ma’s recently (stalemated?) beef with Nicki Minaj has definitely earned her some notoriety, so placement among pop star fodder isn’t that hard to fathom. But it’s the pop star in question this time around who makes this record a notable addition to the beef’s timeline, despite there not being any direct shots toward the opposition.

Back in 2012 when Nicki Minaj was cashing in on her celebrity, she happened to be a judge on American Idol — opposite Keith Urban, Randy Jackson and one Mrs. Mariah Carey-Cannon. During the Charlotte auditions, all hell broke out on the set as both Minaj and Mariah engaged in a clash that resulted in a two-day cease of filming, with Nicki having the loudest meow in the room and MC² calling the Barbz leader “a three-year-old.”

At the time of the incident, TMZ reported the unfounded claim that Nicki threatened Mariah’s life, saying, “If I had a gun, I would shoot her.” But what was said wasn’t exactly playful jabs, either. TMZ obtained the footage of the spat and the transcription:

Mariah: I am not being disrespectful.

Every time you take a shot at me I’ma take it back, and if you gotta fucking problem then handle it. I told them, I’m not fucking putting up with your f*cking highness over there … figure it the fuck out. Figure it out.

Nicki: Figure it out.

Nicki: I’m not sitting here for 20 minutes and having you run down your résumé. everyday, No! Goodbye!

Mariah: Listen … I can’t see my kids because you decided to make … to have … to have a little baby fit and going all around the stage.

Regarding their string of incidents, a spy for Idol once told People, “Mariah has been saying little things to jab at Nicki from day one of shooting. Mariah doesn’t think Nicki can sing and doesn’t think she should be judging folks. Nicki has been taking all of the jabs, but on this particular day she lost it.”

Another One: Nicki Minaj to Mariah Carey: “Clean your ears out!”

Bruised superegos aren’t bandaged in the industry and one could just imagine a sinister smile forming across Mariah’s lips as she emailed the instrumental to Remy with “FDB” in the subject line.

Given the success of Nicki’s “we make hit records to diss you on” mantra, don’t be surprised if another round of subliminals is on the way.

Beef is still good for business however you season it.