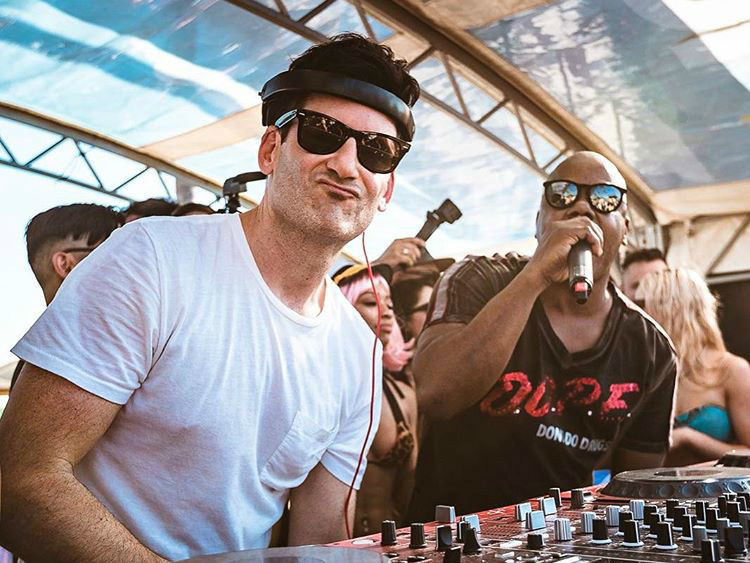 Today, I had to be in Hollywood at 6 p.m., so I decided to pay my brother a visit at his work, Stylehaul. They have this amazing YouTube channel, which might look familiar if you follow Karrueche. We took the elevator up to the 7th floor of the Sunset Media Tower. I was so amazed by its beauty and elegance. Literally, melting. And look at this cute photo opp inside. I was joking that I would come in every day with a different outfit and do it for the Gram lmao.

Tonight, Beats by Dr. Dre was hosting a performance by Leah Dou, an amazing Chinese singer/songwriter. My boss hit me with this and I was like, “Is it cause I’m Asian?” Lmao. Unfortunately, I wasn’t able to catch her performance, but I did make it to an intimate dinner with Beats beforehand.

Leah is actually the daughter of a very famous Chinese singer named Faye Wong, so I immediately text my parents and asked if they heard of her. Of course, my mom decides to hit me back with multiple Youtube videos along with Chinese characters. It was cute. I probably made her night.

This comes in celebration of Chinese New Year. Leah Dou is part of this musical short film called The Way I Am, telling a heartfelt story about three teenagers going home for the festive holiday, where traditions and cultural expectations clash with the fears and desires of today’s modern youth — and how they used music to help overcome the challenges faced with their families.
Omg, hi. Sounds like me.

Thanks #Lecrae for chopping it up with us before your show! Be sure to catch his new single "Blessings" with @tydollasign out Friday. ?

My next stop was to meet V, our senior news writer, at The Roxy (I crashed their interview, no shame). She’s a huge fan of Lecrae. I was so humbled and honored to have met him. You know when you just meet an artist and they’re just everything you wanted them to be? So kind, and so chill. If you guys aren’t familiar, he’s a socially conscious rapper. Probably the most lit one out there.

Third row in a right at The Roxy.

We were there for Power 106’s Who’s Next show featuring Warm Brew and Lecrae. Shout out to Power, the whole point was to give these artists shine. It’s huge that Lecrae has a single with Ty Dolla $ign. Ty is GOAT, and everything he touches is gold. We got to hear “Blessings” live tonight. It was the first time he performed it.

We hit Core Power Yoga (Sculpt) in between, so we didn’t get to catch Warm Brew’s set. Those guys are lit though, they were so fun when they came by the office. They’re the definition of L.A. cats, with music being their dream. They’re doing it.

Being broke made me rich. ? #Lecrae and #Propaganda blessing LA. @lecrae @prophiphop @power_106

Lecrae performed “Nuthin’,” “I’m Turnt” and “All I Need Is You,” (which is adorable). At this point, he shouted out everyone in the room that was single, even though he’s married with three kids. Propaganda is the homie, too. He popped up on stage for this track called “Broke,” which had everybody chanting along: “Being broke made me rich.” Shout out to DJ Promote! It was all love in there tonight. Being my third night in a row at The Roxy, I officially retire (for now).

I got hit with this in my inbox pretty late, but I live close so I had to check it out. It was the official launch for the new New Era Cap store opening at L.A. Live, literally at the corner of Staples Center (11tth & Figueroa). It was an exclusive look at the first ever “Design By You” concept store experience.

The moment I walked up, I could tell this was extremely exclusive. You had to know someone, and it was mostly people in the industry. My purpose of attending was to meet DJ Dallas Green who truly is unique, in the best way possible. He’s the first DJ to ever compete on the Food Network’s show CHOPPED. He deejays and cooks? Winning.  Watch him compete on the show this Tuesday at 10 p.m. ET/PT.

My guess is, he can cook as good as he deejays, because he was spinning all my favorite joints. You can find him deejaying the All-Star Game and Super Bowl this year. How dope is that? Honestly. Truly.

.@DJDALLASGREEN laced me with his own red velvet popcorn ??? helllo, munchies. pic.twitter.com/thVLcJOfO6

Found myself in the actual VIP section in the back, full of hors d’oeuvres, free drinks, and another glorious selection of cheese. I can’t. Shout out to Christina Milian in attendance. Before I dipped, he handed me this red velvet popcorn by his dessert company, Made From Scratch. Stop. I literally love popcorn. I am not deserving.

Last stop of the night: Famous Dex’s show at Los Globos. Yikes. This was about to be a riot. I already knew what I signed up for. Dex is definitely the definition of an ignorant rapper, but hey. Me and my homegirl fuck with him “Drip From My Walk” has been in crazy rotation going into the new year.

Thank goodness this was a Sean Healy event, so he wasn’t on too late. He came on around 11:45 p.m. and left at 12:15 a.m. lmao. Just straight up walked off stage. He always has his homies with him, everywhere he goes, every music video he puts out. Honestly, I could barely see the fool lmao. He was wearing orange, but I just tried to look for the red dreads.

this mosh pit at the @FamousDex show just almost took me and my homegirl out ???

Between getting trampled by the 99.9% male population in the building and getting water thrown at us, this was fun lmao. Highlights were “New Wave” with Rich The Kid, “Took Time,” and “2 Times.” Halfway into his set, the sound got cut off because too many people were crowding the stage. Hot mess.

Tune in to the @DestructoHARD & @TooShort "All Nite" release party at 8pm PST! https://t.co/HS84b9vY5A pic.twitter.com/61vAHxg9OX

Tonight was Destructo and Too $hort’s “All Nite” record release party at Too $hort’s Digital Boombox Studio. I was so surprised to find this spot located right next to my brother’s in the Arts District (by Little Tokyo). This was very exclusive, as they stripped me of my plus one hours before the event. . . again. All good though, I get it.

Going down at Too $hort’s Digital Boombox Studio.

Shout out to Alexandra and Charlotte for the invite. This was about to be lit. Destructo is one of the biggest EDM DJs out there. I fuck with him because his whole thing is bridging the gap between EDM and Hip Hop. He’s one of those artists that you can tell genuinely enjoys and loves making music. By the way, Gary Richards is the man behind all the HARD Events. I used to go HAM at those.

#TooShort and #Destructo "All Nite" record release party going off ???

The performance was going to be broadcasted on Destructo’s Facebook Live at 8 p.m. They didn’t get on until 9:30 p.m. Standard. People assume I would go crazy over Too $hort because I’m from The Bay, but he’s an artist I’ve run into many times lmao. Tonight, he was nowhere to be found, while Gary was socializing with anyone and everyone. Mind you, this is his own studio.

He did finally make it downstairs, bleezy in hand. I always think I’m over “Blow The Whistle” until it starts playing. Like, that song will always be a hit. It just didn’t seem like he was having fun lmao. Sorry if it feels like I’m bashing him. I’m just keeping it real.

Their new single “All Nite” also features E-40. They teased us for a second thinking the Ambassador of The Bay was in the building. The song is a banger, though. You can’t have those three artists on a lineup and not create a hit. No chance.

The Comedy Union on Pico.

I went straight from Boombox to my next destination: The Comedy Union. This was literally the perfect ending to the week. Comedy saves lives, guys. Laughter literally is an essential in life. Surround yourself with funny people and you’re golden. I’ve never been to this club. It’s on Pico near my old apartment in mid-city. As much as I love downtown, I do miss the westside. Special shout out to Sanguine PR for the invite. We (me plus two) honestly had a ball.

This special evening was to celebrate comedian Juice’s 28th birthday at their #Layups2standup Birthday Comedy Show hosted by BT Kingsley (of Kevin Hart’s Hart of the City). I met Juice outside while we were all freezing our asses off in line lmao. I swear, we were frostbitten. My girl was holding the candle from the table throughout the entire show. When we were finally seated, we got the best seats in the house. In the center in the back, so they couldn’t pick on us.

All eyes on the stage.

I really enjoyed this club, and the couches were mad comfortable. It was different vibes than The Laugh Factory, which I feel like sets the bar in L.A. This was right up there. Yo, I was dying at the host, BT Kingsley. Literally cracking up at every joke he made. The dude’s hilarious. Alex Thomas ended up being the special guest of the night. He was a writer for Fresh Prince. His (hilarious) set started with the story of how Will Smith found him. Will was sitting front row at The Laugh Factory when Alex was just starting out, a time when he only had 11 dollars in his pocket.

Will approached him after the show and told Alex he was funny, and that was he looking for writers for his show. The rest was history. Talk about being at the right place at the right time.