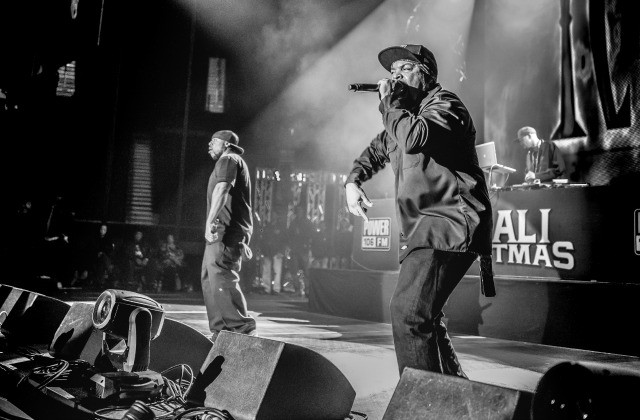 It’s a sad reality that we often overlook great music until musicians die. Something about their passing adds a sense of urgency in trying to appreciate and experience their work. Such is the case with Crazy Toones, Ice Cube’s tour DJ and longtime collaborator with his brother, W.C., who recently passed from a suspected heart attack. While Toones played an integral part in the evolution of West Coast rap and was a close friend to icons like DJ Premier, many outside of the most knowledgeable music heads may be unfamiliar with his work.

“Front, back, Side to Side”: “West Up!” was a G-funk classic supplied by DJ Crazy Toones.

Perhaps the most underappreciated item in Crazy Toones discography is W.C. and The Maad Circle’s 1995 Curb Servin’ album, of which Toones produced ten of the 16 songs, including the energetic West Coast anthem and standout track “West Up!”. The head-nodding production coupled with features from Ice Cube and Mack 10 make this an ultimate BBQ or riding anthem. The music video, which features a traffic jam morphing into an epic block party, is a perfect compliment.

Though Toones’ production output was less frequent later in his career, listening to this album makes you wonder why. His sample flips are distinct and funky as hell, and while he utilizes several familiar sample sources, he always makes them his own.

In addition to producing several of the album’s choice cuts, he somehow manages to put together “A Crazy Break” — an impressive and powerful DJ track of rapid-fire samples chops and scratching — in a mere 36 seconds.

Toones’ production works as a perfect backing track for W.C., another oft-overlooked West Coast staple. While the late, great Pimp C rapped in 1994, “And all the time I’m bumpin’ W.C./Cause it seem like he the only nigga making sense to me” on UGK’s “I Left It Wet For You”, W.C. hasn’t always received his just due as a rapper. Curb Servin’ finds him at his ferocious best, throwing some casual shade at the East Coast with lines like “Guns rule everything around me, fuck the cream,” on the title track, as well as taking shots at then-president Bill Clinton throughout, including the incredibly dark and disturbing revenge fantasy “Wet Dream.” The sibling duo of Toones and W.C. show an impressive chemistry throughout the album with each artist complimenting the other one’s style.

Live For ’95: The sophomore effort from W.C. & The Maad Circle served as the immediate precursor to the Westside Connection’s big debut the following year.

It’s hard to bid farewell to yet another member of the Hip Hop community at such a young age. As artists continue to post tributes to Crazy Toones online and talk about what he meant to them, now is a good time to revisit some of his music from years past. While it can’t make up for the loss of him as an individual, hopefully his memory can live on through his music for many years to come.