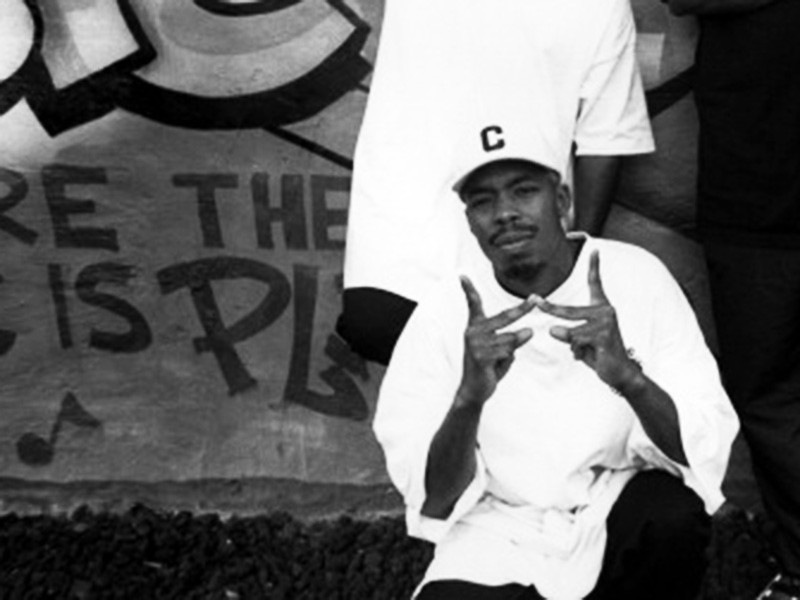 DJ Crazy Toones, who got his start with his brother WC and Coolio in WC & The Maad Circle in the early-to-mid ’90s, has reportedly passed away. He was 45. Although there is no official word of a cause of death, journalist/publicist Chad Kiser told Ambrosia For Heads that it was believed to be a heart attack.

The talented Los Angeles-based turntablist recently worked as Ice Cube’s official tour DJ, but over the course of his 30 year career, Toones had his able hands on countless West Coast productions, including WC & The Maad Circle “West up!” He also worked extensively with other West Coast OGs such as Kurupt, MC Ren, Xzibit, Young Maylay, and of course, Cube.

Cube and his son, O’Shea Jackson Jr., are two of many who have taken to social media to express their condolences. Heavy hitters like Ice-T, Immortal Technique, Alchemist, Mack 10, DJ Z-Trip, Kokane, Cypress Hill, Del The Funky Homosapien, and DJ Premier also chimed in. The staff at HipHopDX sends our condolences to DJ Crazy Toones’ family, friends and fans.

I just lost my homie, brother, DJ, confidant and love one. Crazy Toones passed away today and I'm fucked up about it. We miss you & love u. pic.twitter.com/hsBHIJ4J2y

This one HURTS!!!!! One of THEEE NICEST Brothas you could have EVER met. Not just what he did for the West and The World, but The Man he was. A GREAT person. Very humbled. ALWAYS respectful. The hardest working, underrated producer, DJ.. etc in the business. #CrazyToones, you will be GREATLY missed. Rest In Peace, My Good Brotha. You will be missed. #CrazyToones #WestCoast #ThrowUpThaDub #RIP

..Always was cool as hell and meshed with everyone well. He brought people together.

I don't even know how to say this one! It's not even comprehending to my mind right now… The Man Pictured On The Left… R.I.P. To DJ Crazy Toones… He's WC's brother and also ICE CUBE's DJ and one of my best friends on the West Coast since I was 21 years old… I just got the news… We have so many memories beyond my career in HIP HOP! Toones and Dub were the 1st to show us The Hood and see what's really going on in South Central…and they were hanging with us in NY SINCE 1989… From hangin with The Legend DJ Alladin to COOLIO @coolio we did mad shit… Just Friend Shit! This is so hard to accept but I have to bcuz we all have a start and an ending in this life… To the Calhoun Family We Are Here For You! I could write a book for all the words I have to say about Toones… Love You Lamar Calhoun! Fly On LEGEND! @therealdubwc @icecube @mayleeno #WestInPeace #PremierWuzHere

Man, so bummed to hear about DJ @crazytoones – such a good dude. RIP, my man.

I love you Uncle Toones