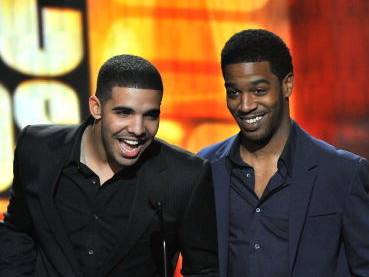 Before heading into rehab, Kid Cudi sent out some tweets in September bashing his former mentor Kanye West and friend Drake. Specifically, the Man on the Moon rapper called them out by name. While Ye would clap back and eventually reconcile with Cudi during a Saint Pablo Tour rant, Drake’s first shots included a clever utilization of O.T. Genasis “Cut It.”

Looks like that wasn’t the only bullet in Drizzy’s chamber. Sunday night (October 23) as he celebrated his birthday through Apple Music’s OVO Radio, he dropped “Two Birds, One Stone.” Not only does he take shots at Pusha T, but Cudi as well with the bar “You were the Man on the Moon, now you just go thru your phases.” Taking a look at social media, many were disappointed that Drake kicked a defenseless Mescudi while attempting to mentally better himself in rehab. Of course, HipHopDX was there to capture some of the reactions that are not so supportive of October’s Very Own.

Kid Cudi disses Drake's talent and Drake's only comeback is to insult Cudi's health and not musical abilities…….

Drake releases a track dissing him.

THIS is the greatest rapper of my generation?

Drake just reinforced the black stigma that mental illness is a weakness, a flaw and not the disease it is. Get well Kid Cudi

Certain consumers are not going to like Drake's line about Kid Cudi…. that's just it. https://t.co/MqqFmAA5aT

Drake dissed Kid Cudi for suffering from depression? Tell me the exact line.

It's bad enough Drake has been releasing trash music for a while. But trying to joke on Kid Cudi's mental illness makes him even more trash.

drake made a track dissing kid cudi's mental illness. like was that necessary? you couldn't rap about something else?

my respect for Drake after finding out he dissed Kid Cudi for his depression pic.twitter.com/IxNHL7JXEb

Someone pls correct me if I'm wrong, but are ppl really defending drake's lyrics by saying kid cudi dissed him back in September ???

I'm late…but Drake dissing Kid Cudi about his battle with depression is precisely why many (esp. black men) choose to suffer in silence.

Coming from someone who has it, Drake is a straight loser for making fun of @KidCudi's Depression.

Why everyone mad at Drake….. that's Hiphop if Kid Cudi can't handle it maybe He shouldn't be in HipHop #Drake