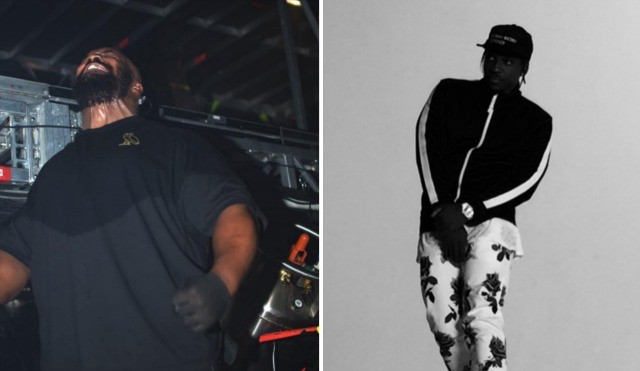 So last week, Pusha T took it upon himself to make Drake the target of his lyrical heatseeker when he not only lampooned his everlasting beef with Meek Mill but also brought up the pesky ghostwriting saga that just won’t go away.

On “H.G.T.V.,” the GOOD Music el presidente was pretty explicit in his shots towards Drizzy, where he rapped: “It’s too far gone when the realest ain’t real / I walk amongst the clouds, so your ceilings ain’t real/These niggas Call of Duty ’cause they killings ain’t real / With a questionable pen so the feeling ain’t real,” before going in for the deeper with, “The bar’s been lowered/The well’s run dry/They beefing over melodies, but no, not I/See, I’m so Top 5/If they factor in the truth/I just might blow by.”

Drake gets so many rocks, pebbles and gravel thrown his way that it’s a wonder he responds to anything at all. But his recently released “Two Birds, One Stone,” he fired back and both King Push and Kid Cudi with the double slingshot and didn’t mince his words when it came to Pusha’s neverending drug raps.

“You made a couple chops and now you think you Chapo/If you ask me though you ain’t lining in the trunk with kilo’s/You bagging weed with all your niggas watching Pacino/Like ‘this is what we need to be on,’ but never went live,” Driz quipped.

Too much Scarface can ruin an MC’s mind but rap fans all across Twitter seem to think this is the moment that Pusha T has been waiting for and proceeded to crown him the victor before hearing his inevitable response.

Pusha T deep in the offices of GOOD music when he hears that Drake finally took the bait…. pic.twitter.com/8j2fESGUnr

It's been about 4 long years @PUSHA_T finally got what he wanted. He about to go off on Drake pic.twitter.com/iKHsi5n6VL

Never mind…. Drake did exactly what I prayed he'd do. Attack a real rapper. Pusha-T has been waiting for this❗️?? pic.twitter.com/fXv32jri7U

When you see 6 God finally shooting at Pusha T and you're ready for the potential chaos pic.twitter.com/Y7WPwo9tdT

@PUSHA_T bruh it's your time. He finally came at you. You are the man sent here to end Drake. Please do it for the love of hip hop

"Hey dog, you heard Drake took a shot at you?"

I want Pusha T to respond with great vengeance and furious anger.

But on the contrary, there were those who felt like Pusha T shouldn’t jump in the ocean without a life vest…

I'm a Pusha T fan but this isn't a layup. Drake came for his entire persona. And you can't go "tough guy" on Drake in response. Won't work

For the record, Pusha T can't beat Drake either…

Bout time someone called Pusha T out about rapping 20 years about that one rock of crack he sold in 1986.

Pusha T is lyrically superior to Drake but in an industry that all but worships money, he can't hold a candle to Drake.

Allow us to redirect your attention to a previous Breakdown: “How To Beat Drake In A Rap Beef” and may The Force be with you all.