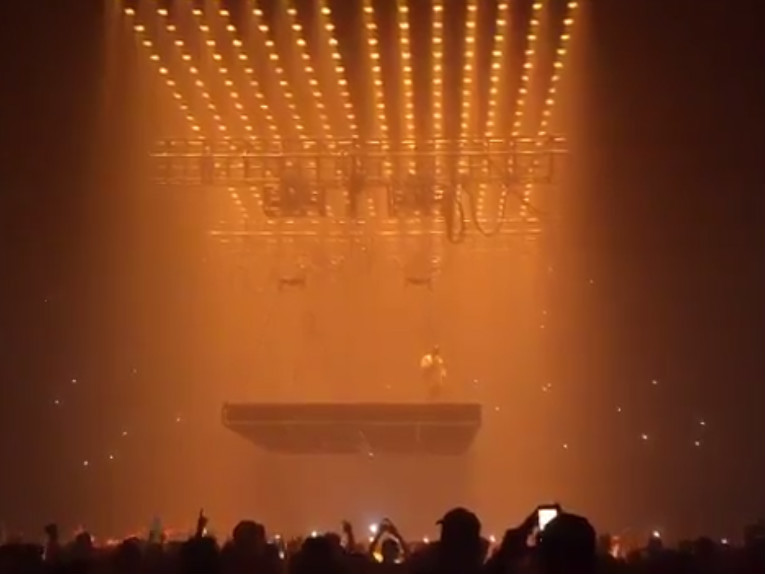 “Kid Cudi is my brother,” he tells the adoring crowd yesterday (September 20) at Houston’s Toyota Center. “He’s the most influential artist of the past ten years and I hope he’s doing well.”

This comes a week after West blasted the Cleveland artist, telling his “All of the Lights” collaborator “I birthed you” at another stop of the Saint Pablo Tour.

Cudi instigated the comments by raking Yeezy and Drake through the coals in in a Twitter rant ahead of the release of his double-disc album.

“I am the culture,” he said in a series of posts. “I keep silent because I dont ever wanna come off like some angry hater, but today, not only do I feel fantastic, Im feelin like taking over I already have My tweets apply to who they apply. Ye, Drake, whoever. These niggas dont give a fuck about me. And they aint fuckin with me. Niggas keep you close when they see how powerful you are by yourself. When they see your greatness. Out of fear.”

The 32-year-old artist appeared twice on Yeezy’s last LP, The Life of Pablo and is credited for writing “Heartless” off 808s & Heartbreak.