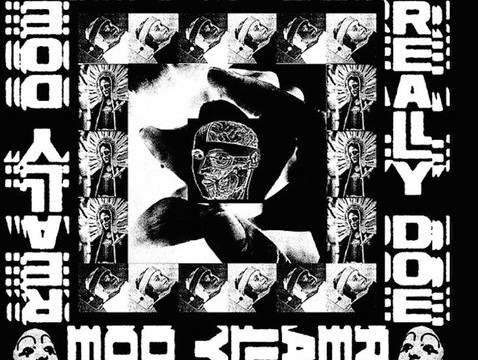 Is Danny Brown's "Really Doe" The Lyrical Radio Single Purists Have Been Looking For?

Danny Brown has been gearing up to release his upcoming Atrocity Exhibition album, which will be his first for Warp Records after dropping 2013’s Old through Fool’s Gold Records. Following “When It Rain” and “Pneumonia,” he lets loose the highly anticipated “Really Doe” featuring Kendrick Lamar, Ab-Soul and Earl Sweatshirt.

The Black Milk-produced track offers a bouncy xylophone loop for today’s current A list lyricists to demolish. With that in mind, HipHopDX’s Editor-In-Chief Trent Clark, Senior Features Writer Ural Garrett and DX Music Curator Kyle Eustice give their thoughts on the high-profile track.

Trent: I’m still struggling to pinpoint this mythical time period when rap fans could turn on the radio and not hear records geared toward a broader audience. This mythical period allegedly had once cultural frontrunners like Gang Starr, Jeru The Damaja and the Wu-Tang Clan vying for Billboard dominance before the ’00s babies came and disrespected the culture. Sure, bigger markets in New York City and Los Angeles allowed for more radio programmers to offer up more variety with their resources at hand but artists like Vanilla Ice, Skee-Lo and Freak Nasty did earn shiny RIAA-certifications in a time when Hip Hop was supposedly filled with nothing but uncanny talent and a tree that grew inside of Tower Records you could shake and watch classic albums dispel from the leaves.

Selective memory is a thought process that has allowed purists to distort reality in attempts to block progression. Which is utterly pointless. I’m just pointing out it’s happening. There is a reason radio has consistently sounded the way it does on all media and genres, but in today’s digital age where streaming is not only more acceptable, but accessible as well, there is no reason to look to commercial radio for any type of validation on the music you like. That being said, balance should never be shunned and Danny Brown’s new joint “Really Doe” has all the makings of being that alternative record to the “All Trap Everything” mix hour. Kendrick Lamar’s presence. A bouncy beat that could nestle in when the aforementioned playlist gets boring. And Brown’s shrill vocals predate any mumble or weirdo rapper who just got their driver’s license, so he’s right on time.

I will always consider a record like A$AP Rocky’s “1 Train” a missed call to help shift the tides of radio play (the label ultimately sided with “Fuckin Problems” for the single. A win nonetheless for Pretty Flaco but still). Released in 2013, it featured seven prominent MCs who are still prominent to this day. (That may be stretching for Yelawolf but I’m sure he’ll bounce back soon.) Even though I think it falls short of being an instant classic (Earl should have lost himself in the music) with the right amount of attention from rap fans who fake care about what Lil Yachty is saying, “Really Doe” could do some real damage in real life.

Ural: Outside of the drug filled turn-up tracks of Danny Brown albums, there’s always those key moments where he flexes his lyrical muscles just to show off. It’s an interesting way to engage longtime fans of his The Hybrid and Hot Soup years while progressing sonically as an artist. Most contemporary artists would kill to maintain that level of balance, but Brown has been doing it with ease following his XXX album and improved even further with Old. For every “Lie4” or “Dip,” there’s a “Radio Song” or “Float On.” In the most gracious way possible, “Really Doe” feels like one of the highest profile beats-and-rhyme moments this year. Getting Detroit’s own Black Milk for such a grimy instrumental serves as the perfect alley-oop for Brown, Kendrick, Soul and Earl to do what one would expect them to do.

This track is for real rap heads. For the rest of the year, expect numerous debates on who had the best verse. Being honest, I’ll take those conversations any day compared to discussions of who is winning in The Game and Meek Mill beef. Though Sweatshirt’s closing verse is the most aggressive I’ve heard him spit in a minute, Kendrick’s hook duty and bars prove he can still talk shit. Soul’s verse is good enough for me to forgive him for These Days and Brown at this point has his approach to rhyme down to a deranged science.

Kyle: The way Danny Brown, Earl Sweatshirt, Kendrick Lamar, and Ab-Soul switch up the vocal styles throughout this track is one the most intriguing qualities about it. It keeps things interesting. That being said, I’ve always struggled with Brown’s voice. It’s definitely unique, but not exactly the type of “unique” that keeps me engaged. However, over repeated listens, this particular beat begins to grab hold and before I know it, I’m hooked. But speaking from a female perspective, when Earl Sweatshirt says, “Ask your girl why her mouth on my nuts,” or when Ab-Soul spits, “I’ma act an ass on that donkey, let her pull my ponytail,” or the multiple references to their “bitch,” well, I could do without that. Yeah yeah, I know it’s a Hip Hop track by a crew of Alpha males, but misogyny in rap is getting a little old. Otherwise, the track points to a promising album from Brown, but that won’t officially be determined until Atrocity Exhibition drops next Friday.