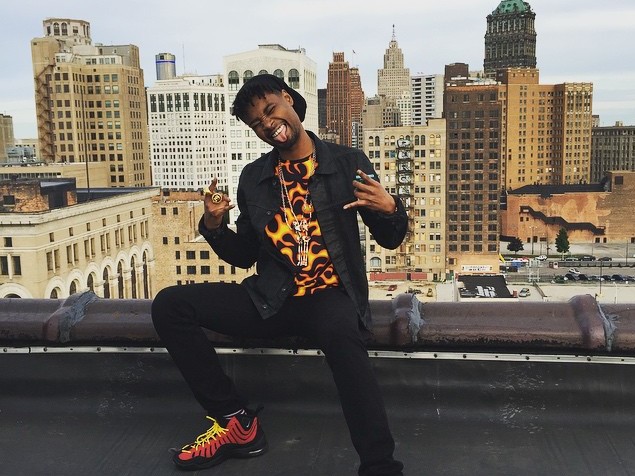 Danny Brown’s fourth studio album, Atrocity Exhibition, is slated for release on September 30 and he’s already dropped his two supporting singles “When It Rain” and “Pneumonia.”

In an interview with Entertainment Weekly, the Detroit rapper talks about the process he went through in developing a concept for his upcoming project.

“I always watch a lot of Quentin Tarantino movies. The way he sequences his scenes and stuff, I try to do that with my songs,” Danny says. “I’ve watched Hateful Eight, like, 50 times already. I have it on fucking Blu-Ray and shit. I watch that movie all the time, man. I can just repeat lines verbatim. People don’t want to watch it with me because I’m sitting there saying the whole movie!”

The HBO’s Curb Your Enthusiasm also had some influence in the process of creating Atrocity Exhibition, as Danny admits to watching lots of the show while writing.

The LP is expected to have guest appearances from Kendrick Lamar, Ab-Soul, Earl Sweatshirt and Kelela among others. In a recent interview with Rolling Stone, Brown admits to the process not being cheap, revealing that the samples on Atrocity Exhibition cost $70,000 to clear.

Danny is anticipated to go on his North American tour starting this month on September 14 in Philadelphia and wrapping up in Cleveland on November 5. Maxo Kream and Zelooperz are slated as the tour’s opening acts.