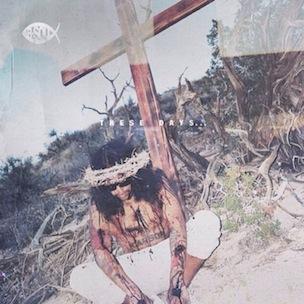 Ab-Soul is in a familiarly different place from where he was two years ago. While Kendrick Lamar and ScHoolboy Q tacked on some extra label affiliations for their latest albums—Aftermath and Interscope for Lamar, just the latter for Q—Soul is still free of that pressure. But as TDE and its roster have plotted a successful mainstream assimilation, he doesn’t need either of the bigger vehicles for These Days… to feel like its own commercial introduction. If #controlsystem garnered the Black Hippy member the critical reception he deserved, this album is a separate arrival into a more general public interest.

A quick look at the tracklist shows Soul leveraging a larger rolodex too. All of TDE show up somewhere (even if uncredited) and features like Lupe Fiasco and Action Bronson aren’t out of left-field. The Rick Ross appearance seems like a bargain for appeal in comparison though. On face value there are as many features as tracks, but unlisted appearances from the likes of Mac Miller, Joey Badass, Earl Sweatshirt, and BJ The Chicago Kid push it over the top. Either way, as the album is more of a ramble than a relay, it doesn’t feel overly calculated or suffer from excessively punched in verses. Still, it’s crowded and Soul isn’t as isolated or solitary as a result.

“Tree Of Life” seems like a running Jay Z inspiration and it’s immediately one of the album’s most fun to listen to. While it isn’t as straightforward as borrowing a Nas chorus for “Stigmata” later in the tracklist, the rapper manages to flip some Watch The Throne Hov into his own codeine brag. “I used to cop a little Deuce / Now I cop a whole case of Actavis to give Sprite stock a boost,” he raps. The same track is also home to one of the release’s best tucked away moments as DJ Dahi’s separate bonus song fits Soul’s name flip bravado perfectly. It’s a highlight of straight-ahead rapping and bounces as well as anything on the record. The Ross feature on “Nevermind That” is at least well matched, a clean electric guitar lick spices up the downtempo Trap beat and pushes it into a smoother theme. “Closure” is the only track that features Soul singing exclusively—with helpful support from Jhene Aiko—and is the subject of a release-week video. It’s also noticeably the only song that doesn’t bear an “explicit” stamp on iTunes, a somber crossover but not a complete bait and switch. With far fewer words than the rest, the song is one of the most obvious moments of catharsis as Soul continues grieving the death of his longtime girlfriend.

These Days… juggles production styles throughout but a couple transitions miss the mark. “Twact” lurches forward into full-out Trap and sticks out too much in the process, an unfortunate dip into a mold that’s readily enough available elsewhere for it to be interesting in this set. “Kendrick Lamar’s Interlude” splits the album into a more consistent but shorter second half. It’s an immediate jolt back to Section 80 with nearly shared Terrace Martin production on “Ab-Soul’s Outro” there. Kendrick’s booming delivery feels like a final bit of symbolic set-up for TDE’s once lurking intellectual. “So Herbert Anthony Stevens, you make or break bread before we break even,” Kendrick raps, “Before they broke our records we broke records and wrote pieces of history.”

The Actavis references and predictable cast of party drugs aren’t new in the rapper’s music, but on These Days… he seems to be reveling more than reflecting. At least once though, on a song that thankfully devolves into some self-awareness, Soul checks himself. “Don’t tell my moms that it’s a lot more than marijuana in her son / I walk on the dark side, only to shed light where they ain’t no sun / Deadline snapback on my mind, I ain’t suicidal I’m just fly,” he raps. While that last bar may be a nod to a clothing brand on the surface, “I ain’t suicidal I’m just fly” seems as much like a poetic justification for the codeine. Nearly an hour earlier, a couple minutes into the album, Soul explains that he’s coping. “My girl died and I lost my mind,” he raps of Alori Joh, “I’m off everything except Heroin.”

More often, These Days… is a snapshot of Ab-Soul’s recent success. On his last album, the Carson, Californian product shrugged off the call to fall in line on “Illuminate:” “they wanna see me wearing Polo drawers” he rapped. This year, Soul is starting a track called “Hunnid Stax” with a different note: “People treat you real nice when you got fifty dollar drawers on,” he says. It sounds like an outright money anthem but maybe there’s some subversion when he yells, “Y’all know what this shit is talking about?” in the background. At the end of the song, Puff Daddy chimes in for a surprise professional reference. “What?” he asks. “It ain’t no more to it. Soulo eatin’ now. Tell’em Puff said so.”

The final addition of a quiet Rap battle against the perpetually weird and expert battler Daylyt is a legitimate surprise. The song it follows, “W.R.O.H.,” and is also one of the album’s best moments, with Soul digging in as deep lyrically as anywhere else. The battle itself is more of a coup for Daylyt and Battle Rap in general than a productive addition to the album, but it’s separate enough to stand apart on its own.

If TDE has an unheralded trait left it’s an almost universally thoughtful approach to song sequencing. These Days… feels complete by the end as another properly dosed project. Somewhere on the album, Soul projects his own self-worth: “enlightenment from a low life that’s more than likely high.” He’s let the high filter out more of the revelation, and it sounds like a more accessible piece of entertainment than his last. It’s not the call to arms some expected, but Ab-Soul is as convincingly conspicuous as he’s ever been.