As today’s Hip Hop climate is predicated by gatekeepers overlooking lesser known talent, coveted cosigns from iconic figures do wonders in the way of up and coming emcees receiving an otherwise hard earned shine. Amongst the West Coast’s rising phenomena, Top Dawg Entertainment’s Black Hippy crew has found themselves in hopes of eventually following in the esteemed footsteps of Game, Snoop Dogg, Eminem and 50 Cent as the group’s close affiliation with Dr. Dre has netted a lucrative joint venture partnership with Interscope and Aftermath Records. Having trudged tirelessly prior to landmark moments including de facto leader Jay Rock’s aligning with underground sensation Tech N9ne and the massive acclaim garnered from Kendrick Lamar’s 2011 release Section.80, the crew has seen a steady ascent towards prominence that recently hit a fever pitch in the wake of ScHoolboy Q’s Habits & Contradictions released at the top of this year. Ab-Soul has been TDE’s secret weapon, presently riding the wave of their newfound glory with #controlsystem, his fourth release in as many years.

Immediate knee-jerk reactions to the Black Hippy quartet draw comparisons to NWA’s art which imitated life, but there is a comfort to be found in TDE’s camp employing little false pretense having each lived distinctly authentic lives in the sprawling metropolis of Los Angeles. Where Jay Rock and ScHoolboy Q respectively retain close ties to the locale’s ubiquitous Blood & Crip sets and Kendrick Lamar’s Compton upbringing kept him neutral albeit surrounded by similar elements, Ab-Soul hails from the less hectic city of Carson with a cerebral forte reminiscent of the suburb’s prior claim to fame Ras Kass.

His strengths bridge the gap between commoners and deep thinkers evidenced by “Pineal Gland,” a prime example of his work testing the comprehension of the average listener and the opposing values of “Mixed Emotions,” an ode to the joys of marijuana consumption and Hip Hop’s ongoing fascination with codeine syrup. To boot, his elevated mindset strays from conventional analysis as he reaches rarified air dissecting the disparity with which promiscuity is viewed between the genders on “Double Standards” and dares to berate society while espousing the virtues of gang unification alongside Detroit’s Danny Brown on “Terrorist Threats.” #controlsystem’s truly somber moments come by way of “A Rebellion” and “Empathy,” both featuring TDE’s longtime vocalist Alori Joh as the project and heart-wrenching “The Book Of Soul” are dedicated to her recent tragic passing.

Ab-Soul’s talent is to be cherished as that of a quintessential emcee, his particular skill set running in sharp contrast to that of his thriving LA based peers whose raps are largely devoid of lyricism and introspection. With #controlsystem he shows great promise having gone from his crew’s underdog to a present spotlight where he is equally confident and conflicted, sharing his pain and conviction through versatile and dexterous flows. The project furthers Top Dawg Entertainment’s winning streak and marks the formal arrival of a cornerstone for this organization, an interestingly deep thinker whose determination and expanding consciousness seek to uplift and shape the world around him. 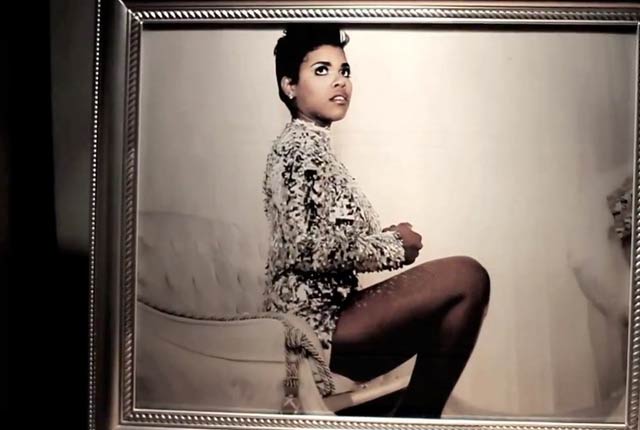