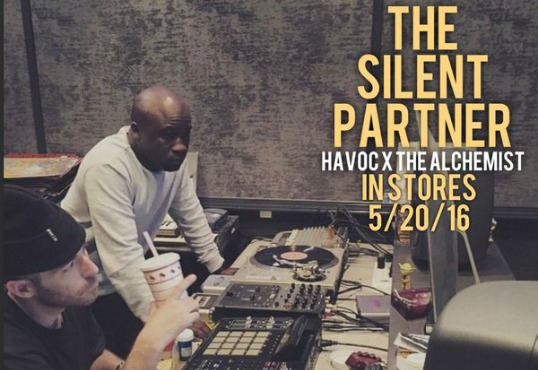 Havoc & Alchemist Instrumentals Only Real MC's Can Rap To

When The Alchemist and Havoc announced their collaborative album The Silent Partner, many fans were thrilled. Between their productions for legendary lyricists and their Alc/Mobb Deep collaborations, they have been responsible for some of the best rap to come from the 90s, 2000s and 2010s. Alchemist is more prolific while Havoc methodically picks his spots, but their pedigree and their chemistry means that fans are likely in for something special. Below, see a list of five beats from Alchemist and Havoc that only real MCs can rhyme over.

“Shook Ones Pt. II” is one of the greatest Hip Hop songs of all time, and Havoc’s beat is a big reason why. More than 20 years after it surfaced on Mobb Deep’s The Infamous, it still causes goosebumps – from the scratchy alarm that starts off the song, to the brilliant flip of a Herbie Hancock’s piano medley into a haunting backdrop for Mobb Deep’s murder music.

It’s special when you can say you’ve blessed Frank White. Havoc’s foreboding bassline and eerie strings serving as the perfect backdrop for “Last Day,” the ominous posse cut with Biggie and The LOX from Life After Death.

“Why” has a lighter tone than many of Havoc’s murky productions, but it’s a perfect fit for Jadakiss’ contemplative, sociopolitical rhymes. Havoc uses bright xylophones to make the song accessible for radio, but the bass still bangs as you would expect when Yonkers and Queens connect.

While Illmatic saw Nas as a poet watching the streets from his project windows, It Was Written was his foray into street, mafioso – and what better teachers than Mobb Deep? Havoc had exactly what Esco needed with “Live Nigga Rap” – a dark, minimalist offering originally recorded for Mobb Deep’s Hell on Earth. The beat doesn’t have much more than dusty drums and a muffled melody, but its skeletal approach delivers the ominous mood while amplifying the voices of Nas, Prodigy and Hav.

Fans of Eminem and Royce Da 5’9” asked them to make an album together for more than a decade, so when they finally crafted their Hell: The Sequel EP, they relied on Havoc to set the tone for the intro. With looming, haunting chants setting the mood, Em and Nickel go back and forth with stunning, rapid fire rhymes.

Alchemist’s most recognizable beat showcases him at his technical best. A loop of sharp violins builds cinematic tension while the beat winds and revs every few bars, as if constantly preparing listeners for the onslaught of bars from Jadakiss and Styles, who set a standard for tag team chemistry that few duos or groups can ever live up to.

The lead single for Prodigy’s solo debut H.N.I.C., “Keep It Thoro” will always remain one of Alchemist’s most distinctive beats ever. With its punchy piano stabs, thumping bassline and cinematic horns, it was the perfect impression to let fans know that the same P they fell in love with from Mobb Deep would deliver on his own.

“I’m Black” is one of the more underrated songs in both of its collaborators’ careers, with Alchemist providing a regal, organ-driven backdrop for Styles P to proudly boast about his black heritage and resilience.

On this haunting album cut from ScHoolboy Q’s Oxymoron, Alchemist uses ghastly keys, basslines and cries for a beat that bangs just as much as it threatens. It virtually plays like a rhythmic horror scene on wax – exactly the mood Q is likely in while roaming the streets to collect his chips.

Alchemist is often known for his work with NYC legends like Nas, Mobb Deep and The LOX, but some of his best work comes when he sticks with his Los Angeles roots. Dilated Peoples’ classic “Worst Comes to Worst” is an example, with Alc providing a bright, accessible backdrop for the group members to pledge their loyalty to each other. The Havoc sample from “Survival of the Fittest” brings the entire Silent Partner movement full circle.