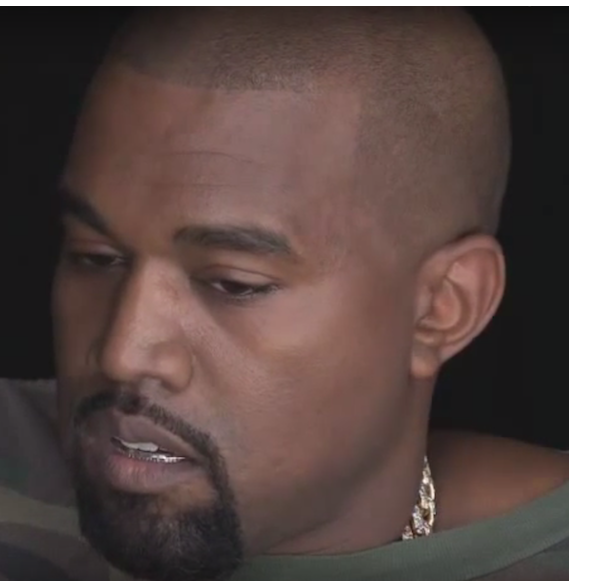 Earlier, an interview with the biggest musician on the planet was released by SHOWstudio, and as usual Ye didn’t hold back. In the two hours, he spent with the studio answering questions from the entirety of the user generated spectrum (from Anna Wintour to regular folks) he covered it all. His family makes an appearance as well as race ( a lot), politics, his albums, celebrity, fashion and the reality of 2015.

Here, check the thirteen points that resonated the most with us, and let us know whether or not you agree.

The World Will Be One Big Mix Race In The Future

A recent Times Magazine cover story revealed that in America’s foreseeable future where citizens aesthetics will homogenize. Races will blend with other races which may assist in lifting the load of racism. Makes sense as his wife is half white and Armenian along with his daughter and upcoming child.

He Is Very Serious About Running For President

He’s serious about running for POTUS, and that says more about the state of the U.S. than it does about Kanye. Politics has always been a sideshow of epic proportion, so why can’t one of the greatest creatives of our generation decide he wants to jump into the driver’s seat? It’s absurd, sure. But have you listened to the Donald recently?

Whether or not you think he’s completely off-base about this or not, the score is closer than you think. 808’s & Heartbreak and Yeezus were divisive genre pushers while Kanye has referred to MBDTF to as the perfect pop album. He called it the most listenable and the least challenging as well as a beautiful bouquet of an apology. Well, his apology was accepted. It goes to show you where Ye’s heart is. Always, it seems, in pushing the envelope over crafting something impeccable. Both 808’s and Yeezus had their problems, but they were also genre-defining in their ambition.

Felt Discriminated Against In Fashion Because He Was Heterosexual

Ye’s sexuality continues to be called into question in Hip Hop regardless of if he’s currently living life married to one of the finest females walking the earth. When it comes to fashion, he mentioned being discriminated against in regards to being heterosexual. Quite an ironic bombshell when you think about it.

Ye was one of the first artists to embrace Frank Ocean after he dropped his breakout mixtape Nostalgia Ultra. Not only would him and Jay have him do a few guest features on their collaborative Watch The Throne album, Ye gave him a small part during the closeout of Yeezus single “New Slaves.” This more than proves that within Hip Hop’s homophobic space, it’s clear his ideologies are just as progressive as his music. Outside of sexuality, West has a mutual respect for Ocean as an artist, even calling him one of the greatest songwriters out today.

Kanye gave Caitlyn Jenner a lot of love during the interview. His points showed that she deserved some of them, too. The fact that she decided to do whatever she thought she should for her own happiness is part of Ye’s modus operandi so it makes sense he would agree. He even went so far as to say that the court of public opinion is like being stuck in a traffic jam, and Jenner is one of the few who has been able to just dip off.

This one’s as ridiculous as it sounds. Emmy’s for reality television? We suppose the banality of first world human spectacle does constitute some comment from the larger culture about the world, but we’re not sure we should be winning merit awards for it.

Swish is the title for Ye’s upcoming seventh solo album right now. As with its original title So Help Me God, that may change in the future. Every album in his critically epic catalogue normally sticks to one central theme; especially in relationship to singles picked. Considering the material released for Swish/So Help Me God, it’s unclear the actual direction Yeezy will be going this time around. And, not having a solid title only furthers that.

Feels Like He Doesn’t Have to Prove Anything Musically Anymore

Releasing six arguably classic albums back to back has to be creatively exhausting. Changing the sonic landscape with each project gives Yeezy a level of entitlement normally granted to musical gods. What else is there for him to do? Ye is not musically challenged anymore. One thing that’s become a challenge he’s willing to take on is fashion.

In one of the most honest answers of the entire interview, Ye made an honest assessment of misogyny in Hip Hop through the lens of white supremacy’s effects on black men. When one is treated miserably by either racist bosses, police and everything in between, the first one to get feel the brunt of that are black women. Hip Hop, of course, is only the musical symptom of those attitudes. Leave it to West to perfectly articulate the “hurt people hurt people” notion.

We know. This sounds crazy. But hear him out. Kanye isn’t like that blind, black racist of Dave Chappelle fame. He’s a salient dude with an opinion. And just as Jigga mentioned that he sees less and less black people the higher he goes, so Yeezy must embrace his own skin color as one of those blacks you do see. Therefore, he has to embrace racism as well, since that is sometimes the lens through which he is viewed. At least we think so. He could have just been making excuses for that line of confederate flag bomber jackets.

The majority of the interview involved user submitted questions to Chicago’s very own legend. One of the last ones was allegedly sent by Kim Kardashian herself. The question: Since she already knew so much about the man of the hour for obvious reasons, what would be his last mean? His answer was equally comical and revealing. Yes, the most popular Kardashian makes a great fried chicken.

When asked whether or not his seventh solo studio album will be his last album, Ye circled around the answer like a true pro. However, he used Andre 3000’s post-SpeakerBoxxx/Love Below rap career as an example of his next direction. That’s right, there’s a large chance he’ll relegate his musical output to guest features.