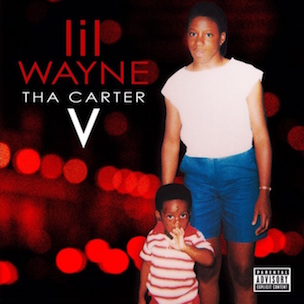 As such, we’re reserving this space for a weekly reaction to Hip Hop’s current events. Or whatever else we deem worthy. And the “we” in question is myself, Omar Burgess and Andre Grant. Collectively we serve as HipHopDX’s Features Staff. Aside from tackling stray topics, we may invite artists and other personalities in Hip Hop to join the conversation. Without further delay, here’s this week’s “Stray Shots.”

Andre: So Lil Wayne is coming out with Tha Carter V, and I think I’m excited. He’s had some pretty dope verses this year and I think he’s finally getting out of lean valley and climbing that Rap Mountain again.

Omar: I agree. Wayne’s been rapping so lazily for so long that it became kind of trendy to say he sucked because he did. But he actually either bottomed out or turned the corner (take your pick) on Dedication 5. That was roughly around the time he took some accountability and apologized to his fans after being skipped for nominations on both the MTV and BET Awards.

Andre: I remember that, and I remember thinking he was too rich to really mean that. But it looks like Weezy got back in the lab. He’s put together some very aughts Wayne like verses this year. That Young Money album, Rise Of An Empire had some of the best moments of Wayne’s 2014 Rapping and it was glorious. The Rap game Kobe Bryant may have one more run in him.

We Want Tunechi To Take Risks

Omar: We’ll see. One of the other things I want from Tha Carter V is risk taking. Like, I want the guy who had the gall to hop on Robin Thicke’s “Shooter” and turn it into the closest thing any of the neo-Cash Money set can call social commentary. Where’s the dude who rhymed hammock with sandwich (technically “sammich” but still?) The biggest issue with these last few Lil Wayne albums, aside from being lyrically lazy, was the paint by numbers production. Reworking Rick Ross’ “I’m Not A Star” into “John” was one of the most frustrating things I’ve heard since Drake turned “Back That Azz Up” into a love ballad.

Andre: I mean, it’s interesting you should say that, because I want kind of the opposite. I want a return to Tha Carter II Wayne; the guy who insisted that his women carry his kilos in their ass-crack. The guy who rapped over ‘hood horrorcore beats. Don’t get me wrong, I never want him to visit that purple slipped devil again if it hurts him, but I’d like him to innovate by revisiting himself and channeling that hardhearted guy leaning against the Bentley.

Weezy Needs To Tap Into The Creative Ghost Of 2007’ Past

Omar: Am I a bad person for wanting just the right amount of drug-influence in my music? I know, I know…drugs are bad, kids. I’m not even sure if I liked “I Feel Like Dying” all the way. But I respected the not-give-a-fuckness of it. I’m trying not to be insensitive since we’re talking about someone’s life here. But the drugged-out Wayne teetering on the edge of being certifiably batshit insane was thoroughly entertaining. Can he strike some kind of happy medium? Can he artificially recreate that feeling from ’06 when he was running through instrumentals and beautiful women with equal abandon?

Andre: I think there’s some truth to that. We all remember those ’06 raps that made you feel like your ears were on fire, but “I Feel Like Dying” was maybe the darkest track since Biggies’ “Suicidal Thoughts”, and it was unwittingly the beginning of his dalliance with Rock music — God bless its soul. There’s no doubt he tapped into some other thing during that time. Was lean to Wayne what scotch was to Will’ Faulkner? Was Wayne giving us the very edge of Southern gothic/ Electronic and we just couldn’t see it at the time? Probably, he’s sneaky that way. But for Tha Carter V he needs to bring it all together. No loose ends. No surrender. Take every thought he’s had and sharpen it to its limit, then plunge it into the heart of the Rap game.

We Want A Cohesive Project We Can Sink Our Teeth Into

Omar: Right! Even when I first heard Tha Carter III, it didn’t feel like a cohesive album. So I guess the third thing we’d want from Weezy this time around is some semblance of consistency and cohesion. He’s been the “>And -1 mixtape baller of Hip Hop. Yeah, he can do some ridiculous trick on the secluded blacktops in some obscure city (i.e. his masterful hijacking of Jay Z’s “>”Show Me What You Got”). But when the pressure is on, you don’t get albums so much as loose collections of songs with a few very high peaks and some frustrating lows. I remember being so disappointed in I Am Not A Human Being II because of the lazy similes. It was like Wayne was high in the booth, making “fucky-fucky” pantomime gestures with his hands and rapping like a prepubescent kid in a locker room. Hopefully, that iteration of Wayne has disappeared to never be heard from again.

Andre: You mean the Puff The Magic Dragon, Wayne? Yeah, he was my least favorite iteration. Funny, because Young Thug is kind of doing the same thing now, except that’s really his personality and not just a phase he was going through. In fact, all the members of Young Money right now are different parts of Wayne’s personality in real people. It’s ridiculous, and beautiful. It means the things that he looks for in other artists are aspects of himself. Here’s the other thing. Lil Wayne can become whatever he wants whenever he wants so much (he can copy any flow or mannerism and make a legitimate pass at it) that sometimes you forget who Wayne is. Let me be clear: I do not need that. I need a focused, coherent, but spiritually mature Wayne. Like in any Kung Fu flick when the hero finds his perfect fighting form. Like when Neo realizes he’s the one.

Weezy Needs To Come Full Circle And Embrace His Legacy

Omar: Funny you mention the new members of YMCMB, because one of the things I’m foolishly hoping for is some Legacy Lil Wayne. Other than perhaps finally paying Mannie Fresh his proper royalties, Wayne is the last link between the grimy, bounce-infused version of Cash Money (where a gold and onyx chain got you in the game) and this polished multi-million dollar, Universal backed Goliath. Young Wayne was good enough to spit dope raps without cursing so as not to offend his mother. He had all those attributes you mentioned before while still handicapping himself by avoiding profanity. I’m not foolish enough to believe the last vestiges of New Orleans Bounce were washed away with Katrina because Big Freedia, Boosie and others are still incorporating it into their sound. So while we may not get that proper Hot Boys reunion, if Wayne wants to go in the opposite direction of that bubblegum, glam-rock trash of 2013, what better alternative than Bounce?

Andre: Yes! The prodigal son needs to come home. Look, we love Nicki’s knee jerk Caribbean basket-case flow, and we really, really like Drake’s slice of life, soap opera machinations but Wayne may just be the last of that bounce pedigree with Hip Hop sonics. He might be the South’s real king (or the South’s dark king, if you will). The one everyone loves to hate. But Tony Montana was spitting prophecy on that joint when he said everyone needs the bad guy. They do. And Wayne, unfortunately, is on the cusp of that so his burdens are heavier. We expect more from Wayne because he’s the consolidation of all these styles we’ve heard him do over the years. Tha Carter V needs to be a flare in the Hip Hop dark, and if there’s anyone who can tie those two versions of Young Money together and release the classic we always knew he had in him it’s Wayne. Truly, heavy is the head.

Omar Burgess is a Long Beach, California native who has contributed to various magazines, newspapers and has been an editor at HipHopDX since 2008. Follow him on Twitter@omarburgess.

Andre Grant is an NYC native turned L.A. transplant who’s contributed to a few different properties on the web and is now the Senior Features Writer for HipHopDX. He’s also trying to live it to the limit and love it a lot. Follow him on Twitter@drejones.