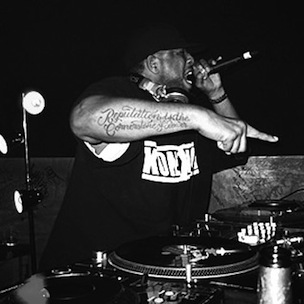 After DJ Premier revealed that he’ll be working with GZA on the upcoming DJ Premier vs. Pete Rock album, it got me thinking, who hasn’t Premo worked with that I’d love to hear? The legendary producer has been around the block a few times, and has most of the major artists covered. But there are some big holes, and certainly some opportunities missed with the passing of 2Pac and Big Pun.

Since none of the following will appear on December 7th’s DJ Premier Presents…Year Round Record: Get Used To Us, here are 10 artists or groups I want Premier to get in the lab with. I’m not talking a remix to a song they’ve already appeared on, or some DJ blend, but the real deal.

Other than Inspectah Deck’s appearance on Gang Starr’s “Above The Clouds,” Method Man’s appearances on Biggie’s posthumous “Rap Phenomenon,” and Limp Bizkit’s “N 2 Gether Now,” and Ol’ Dirty Bastards’s “Pop Shots,” there isn’t much in the way of Wu-Tang/DJ Premier collaborations. Which is shocking considering their long career overlap and their similar fan-bases. I want the whole Clan over Premier’s vintage boom bap

Much like his occasional partner-in-rhyme Ras Kass, Chino’s career has been held back by production that doesn’t match up to his elite lyrics. While Rassy has been blessed by Prem, the man with the poison pen has not.

Few emcees today or from any era rap with the ferocity of Killer Mike. Through his work with M.O.P., Bumpy Knuckles and Screwball, Premier knows a thing or two about how to lace emcees who strangle the mic like it stole something.

Like Method Man, Red rocked a Prem beat on Big’s Born Again, but that doesn’t cut for these two legends. Like the Wu, it’s crazy that this collaboration still hasn’t happened in all this time. Redman is one of the few all-time greats on the east coast that Premier hasn’t laced. That needs to change.

In the spring of 2008 Premier confirmed that he produced a song for Eminem’s next album. That album ended up being Relapse the following year with no signs of Mr. Martin, and nothing has surfaced since. Prem is known for bringing some crazy drum patterns

, and who better to ride one than the man with a million flows?

, but no Premier. Rae and Ghost unite over Prem’s drums? What could go wrong?

Speaking of all-time greats, here is another that I’d love to hear. I would have preferred this in the 90’s, but I would’ve said the same about Bun and Prem

and look how that turned out. The young, angry Cube used to go apeshit over The Bomb Squad’s backdrops, Cube needs to revisit the east.

Much like Killer Mike, Brother Ali can be an animal on the mic, and since Premo specializes in those types of emcees, it’s an easy fit. But Ali can go the other way too, he’s as soulful

as they come. He would kill “The Militia” or “JFK To LAX”

The Thornton brothers have been tearing apart gritty Neptunes offerings for the last decade or so, and only recently did they spread their wings and begin working with other producers. Maybe if they tapped Premier for their latest album it would have had a little more grit.

He patterned his career being the little brother to the likes of Gangstarr, Tribe and Pete & CL, so working with the legendary DJ/producer would be a natural fit. Tigallo may be largely singing these days, but I’m sure that ol’ boom bap

would have him spitting those bars.