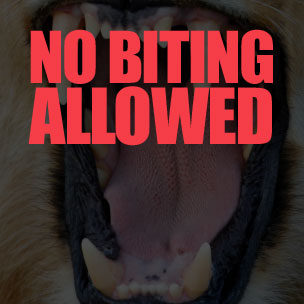 Stop Biting: How Many Rappers Can Ruin A Good Thing By One 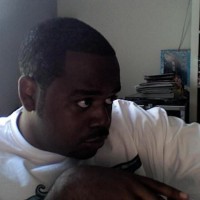 Did you get the memo? Biting, once the most taboo of all Hip Hop offenses, is now allowed.

We’re not talking homages or tributes; there is wholesale thievery and blatant mimicry going on. The latest example is Hip Hop producers and their delegated days to leak new material to the Internets. Kanye West pioneered this savvy marketing ploy when he announced that he would be dropping new songs every Friday—dubbed G.O.O.D Fridays—up until the release of his new album, My Beautiful Dark Twisted Fantasy. Hey, if Kanye and his G.O.O.D Music companions drop a gang of new material to keep fans satiated until release day, everyone wins. Right?

Seeing the novelty and popularity of Mr. West’s scheme, the RZA of the Wu-Tang Clan decided to start dropping new tracks (well, new to fans since his releases have been older, unreleased songs) on Wednesdays. The Abbot dubbed his weekly drops “Wu-Wednesdays,” obviously. Okay, the RZA must have ridiculous beats in the stash—can we get those Nas joints from the Only Built 4 Cuban Linx… sessions, please?—and he was working with Kanye anyway (and the sped up Soul samples was his ish first too); so this was all good, no pun intended.

But then the frikkin’ floodgates opened. Swizz Beatz got in on the trend and came up with “Monster Mondays.” Joe Budden has his own “Mood Mondays” underway as well. Now Timbaland, who a few weeks ago said he was done with Hip Hop altogehter, is rolling with “Timbo Thursdays” (guess Tuesday’s were off the table since that’s record release day). Even rappers are in the mix with Lloyd Banks rolling with “Blue Fridays” and Rock of Heltah Skeltah having issues with Swizz using the “Monster Mondays” moniker he says he had dibs on.

This isn’t the first or last time Hip Hop artists will jump on a trend and proceed to pummel it to death. Remember when Long Beach veteran emcee Crooked I decided to drop a new song very week in April, 2007, called the series “Hip-Hop Weekly”? Yep, an assortment of not ready for prime time, or even their own block, rappers decided they had the talent to do the same. They did not.

All this rampant sonic and intellectual plagiarism in Hip Hop can be partially attributed to this constant and haphazard glut of new music. Artists, both new jacks trying get in the game and veterans clawing at relevance, are so desperate to come in clearly amidst all the static that they’ll do anything to stand out. But now a standard (and lazy) way of making a mark unfortunately includes completely emulating what worked for the other, innovative guy. The result is not only do these artists come off as hacks, but fans are left with a gang of lackluster material to contend with. More times than not, there is reason that this new to fans music never saw the light of day until now. Every single rhyme an emcee lays down or beat that a producer tracks in the studio is not going to be up to par.

I once asked EPMD how many songs did they record to create their 1988 debut Strictly Business. Erick Sermon looked at Parrish Smith and asked him, “How many songs were on the album?” When they agreed that it was 10 songs, Sermon answered, “10 songs.”

When did not being original get a pass? In 1988, Masta Ace rapped on Marley Marl’s “The Symphony” that, “There’s a sign on the door, no biting allowed.” In 1995, on a skit called “Shark Niggas (Biters)” on Raekwon’s Only Built 4 Cuban Linx…, Ghostface Killah famously took the Notorious B.I.G. to task because he felt the late rapper’s album cover for Ready To Die was a bit too similar to Nas’ Illmatic. But in that case, it was a reach (B.I.G. had an infant on a white background, while a childhood Nas is juxtaposed in front of a picture of the Queensbridge Projects) and had more to do with Wu-Tang Clan’s desire to be the Kings of New York. Around 2007, Jay-Z caught grief for interpolating all those Notorious B.I.G. lines in his rhymes. A look at XXL magazine’s monthly “Swagger Jacker” column reveals that in the new rapper manual if you can’t think of your own line, you can always swipe someone else’s.

Hip-Hop is itself a product of jacking styles (see: sampling) but part of that intrinsic framework involves taking that old breakbeat or ill loop and flipping it into something new. That something, Hip Hop music and culture, was built on a foundation of constantly trying to be that new and that next by being the first; an originator not a duplicator to paraphrase Greg Nice. If not, rappers would have been and would be nothing more than glorified cover bands.

Those that claim that Hip Hop is dead or argue that today’s Rap music pales in comparison to past work only reveal that they probably aren’t looking hard enough. The fact that so-called Rap fans and critics can fix their face to make such sweeping claims is because a superficial glance of the Hip Hop landscape, usually heard on your favorite “Hip Hop” radio station, proves them right. With flagrant biting getting a pass, of course records are going to sound the same, and hence fit neatly into playlists.

The solution is that fans, bloggers, critics and artists need to start policing what gets to kick it in the House of Hip Hop. Don’t post the song with the horrendous beat that sounds like a Kanye West knockoff from the rapper who sounds like a poor man’s Jay-Z with half the wordplay. Rappers, if the beat is bananas and the original emcee killed it, leave it alone. If your favorite artist is showing signs of falling off, say so, respectfully. emcees, your voice and moxie is enough, fuck a gimmick. And at all times, let it become Hip-Hop rule numero uno: no biting is allowed.

Alvin “aqua” Blanco is New York-based music journalist. A former editor of Scratch magazine, he has contributed to XXL, Spin, Antenna and HipHopDX.com. His website is Slang Rap Democracy.