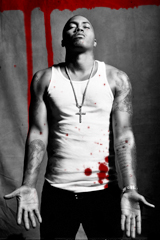 Murdered On Your Own Shit

“Eminem murdered you on your own shit.” – Nas “Ether”

Regardless of where you stand on the Jay vs. Nas war from almost a decade ago, there is no question that he got that line right. But Jay-Z is far from the first emcee to have their own show stolen by a guest. This is by no means all of them, but here are some of the most memorable. Beginning with…you guessed it:

It isn’t the sales, the awards or the accolades that will be the testament to Eminem’s immense talents; it is this song. There are two things that make this performance so retarded. One is that Jay [click to read] didn’t come half-assed, and rhe man still murdered his own shit. His lyrics and rhyme scheme were ridiculous in their own right. What is even crazier is that Eminem wrote his verses first, giving Jay the opportunity to know just how correct he had to come and he still couldn’t top it. Does anything say more about how good Eminem is? As I’m sure many of you know, the original version of “Renegade” was with Royce Da 5’9″ [click to read]. The song was recorded and Interscope wouldn’t clear it for Royce to use, so it was shopped to Jay and history was made. I guess only one question remains…what if Em knew he was getting on a track with Jay-Z?

Sticky Fingaz on Eminem’s “Remember Me” (2000, The Marshall Mathers LP)

No, not even Eminem could avoid catching a bad one on his own joint. In a surprising posse cut on his sophomore LP, Em delivered a pretty standard verse on “Remember Me.” It was his usual amusing lyrical fuckery at that time, but far from his best verse. I guess Sticky Fingaz [click to read] realized the opportunity of appearing on an album that would sell a bazillion copies (over two million the first week! Hard to even fathom nowadays, and bootlegging was still rampant then), because he went in with a blistering verse. Sticky made rhyme partners bacdafucup in two decades.

As much as anything else, these blistering guest spots in 1997 were responsible for Canibus [click to read] being hailed as the emcee who would lead Hip Hop into the 21st Century. They also helped the then Queens-based emcee land a major label with Universal Records. When he opened “Desperados” with  the lines: “At a thousand degrees Celsius I make emcees melt / Fuck my record label I appear courtesy of myself / Let me explain how I maintain thresholds for pain / Or walk across the sun barefoot looking for shade,” the game was put on notice. Granted, Nas didn’t appear on this cut, but AZ [click to read] and Nature did and were indeed melted at a thousand degrees.

Being hailed as the next Rakim [click to read] and releasing a galactically adored debut wasn’t enough to satisfy the hunger of a young Nasir Jones (he was a few years from that). A year after said debut a few other New York cats staking their claim wanted Nas’ magic touch on their album. The idea was both good and bad. Of course everyone wants to work with one of the best in the game, it usually paid of artistically and financially (in those days anyway). The drawback was being made to look quite pedestrian by comparison. Such was case on both these songs. For the record, Raekwon [click to read] – who also appeared on “Eye For An Eye” – also beat up on Havoc [click to read] and Prodigy [click to read] (who, for his part, did rip his verse too. Imagine Prodigy on that track now? Yikes). Of course, none of this was new to Nas, who began his career stealing shows alongside side Extra P [click to read] and Akinyele.

No one is immune from being one-upped on their own song, not even Nas on his finest work. The one and only guest verse on Illmatic came from the then-unkown AZ: “Visualizin’ the realism of life and actuality / Fuck who’s the baddest a person’s status depends on salary / And my mentality is, money orientated / I’m destined to live the dream for all my peeps who never made it…” Has AZ topped his first verse on wax?

Big brother and little brother, master and student, whatever you want to call it, Jay showed the budding superstar he wasn’t gonna let him have the torch just yet. This was expected on “Never Let Me Down” as Kanye was just getting his feet wet on the mic. ‘Ye had improved significantly for album two and had hopes of taking on big brother, but by his own admission got bodied again. Murdering Memphis Bleek [click to read] on a track doesn’t count, because really, who hasn’t or couldn’t? But when your one song (“Dear Summer”) crushes an entire album in like three bars? Checkmate.

“My repotoire, is U.S.S.R. / P.L.O. style got thrown out the car / And ran over, by the Method Man jeep / Divine can’t define my style is so deep / Like pussy, my low cut fade stay bushy / Like a porcupine, I part backs like a spine / Cut you like a blunt and reconstruct your design…” What was more miraculous than newcomer Cappadonna out-rhyming half the Clan on Ghost’s [click to read] posse cut, is that this 50 plus bar monster was arguably the only truly great verse he ever kicked.

It didn’t matter if 3 Stacks [click to read] was rhyming with Rich Boy [click to read], DJ UNK, UGK [click to read] or usual group-mate Big Boi [click to read], he put folks on notice in 2007. It remains a shame that the Rap veteran could not, or did not release an album of that creative spurt that year. His clothing may be as suspect as his pink gun, but none of that matters when you’re destroying mics.

This was a textbook case of student surpassing teacher, L’s trademark wit was front and center on this one: “Ayo everywhere I go, brothers know my fucking name / I’m flooring niggas and I only weight a buck and change / I gave a lot of black eyes in my extorting days / Fucking with me, a lotta niggas was sporting shades.” You can hear how Finesse taught L a few microphone tricks on this one, but Lamont proved in his first three apppearences that he was destined to be flamboyant for life.

What are some of your favorites?