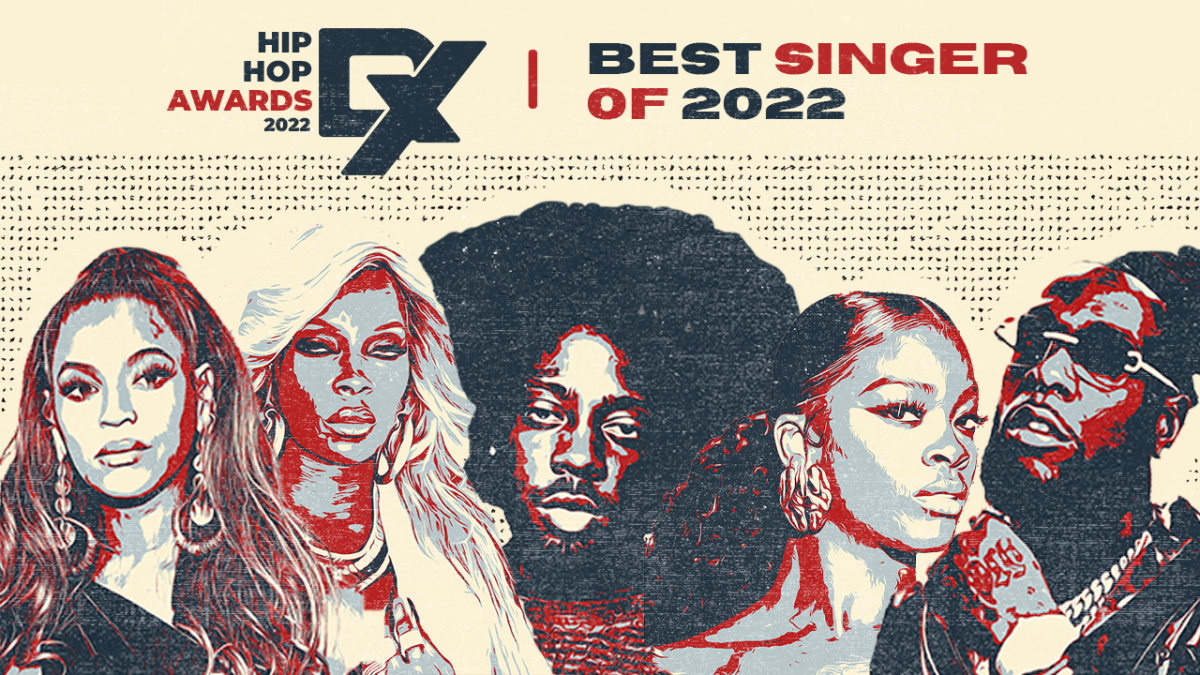 Those who keep trying to posit the idea that R&B is dead have missed out on one of the most promising years for the genre. From traditional, alternative, contemporary, soul, and several other subgenres, the versatility of R&B has been on full display in 2022. Whether it’s veteran artists or up-and-coming singer/songwriters who have recently emerged on the music scene, R&B is alive and doing quite well. The year 2022 has been a continuation of the expansion of R&B and we love to see it.

Without further ado, here are HipHopDX’s picks for the Best R&B Singers Of 2022. 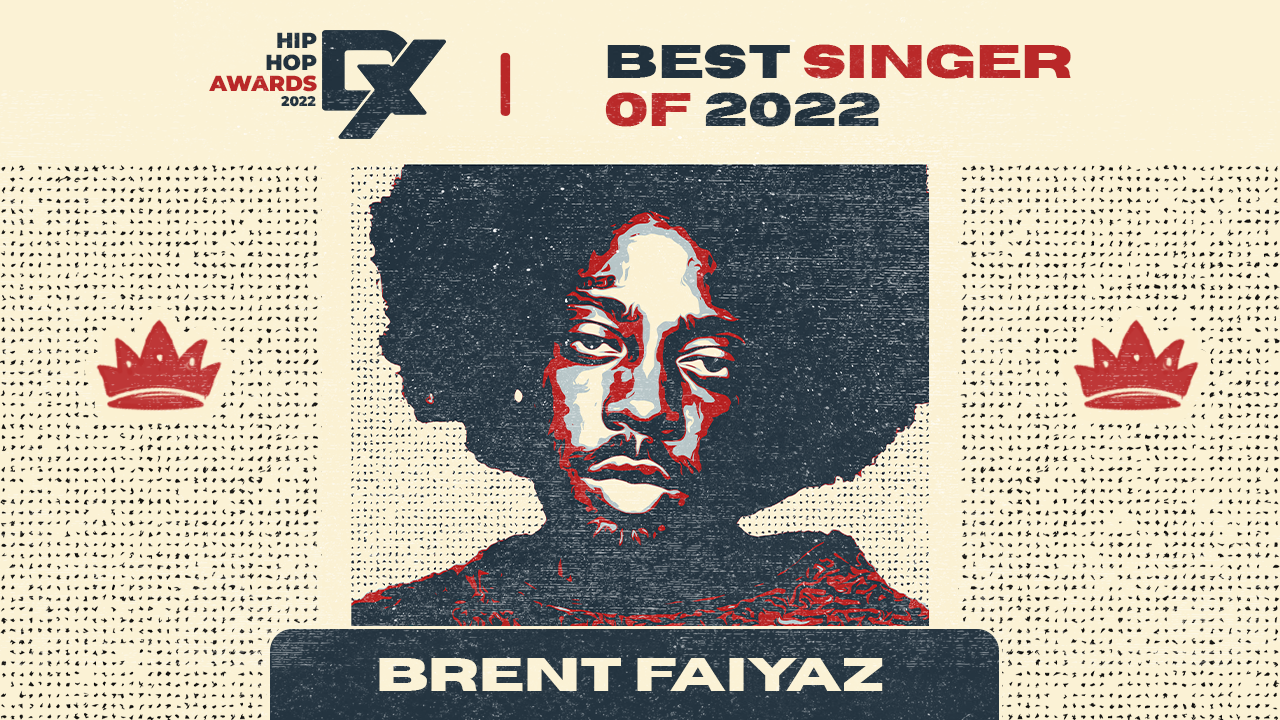 One of the emerging voices of alternative R&B, Brent Faiyaz has built a large following with soulful vocals, smooth delivery, and honest lyrics. At 27 years old, the Maryland native is representative of a new crop of R&B artists who are melding the rich tradition of soul music with the undeniable influence of the sonics of modern Hip Hop. On Wasteland, his second LP, he offers lush harmonies over orchestral production that compliments his tonality as a singer. The project centers on the various complications that come with relationships and how fatherhood is a game changer. With another strong album under his belt along with a slew of guest features, 2022 was a breakout year for Brent Faiyaz. 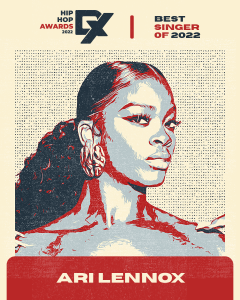 Ari Lennox’s velvet voice and impeccable songwriting propelled her into one of the leading artists of a new generation of R&B singers. After releasing her stellar debut album Shea Butter Baby in 2019, Ari doubled down in 2022 with two projects. Her third EP Away Message featured “Queen Space,” a dynamic duet with Summer Walker, and 5 other tracks that didn’t make the cut of her upcoming album. The following month, the EP served as a precursor to her phenomenal LP  Age/Sex/Location. “Pressure,” the album’s infectious first single produced by Jermaine Dupri and Bryan-Michael Cox, set the tone for the entire project as Ari masterfully conveys the emotional rollercoaster of love and relationships. Closing out 2022 with a performance at the American Music Awards, Ari Lennox will be a force to be reckoned with for years to come. 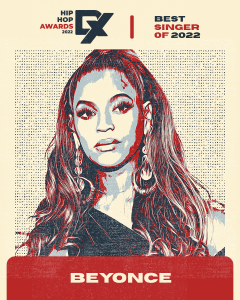 After a self-imposed album hiatus since releasing her critically acclaimed Lemonade, Beyoncé returned with a vengeance in the summer of 2022 informing us that her soul was unbreakable. Influenced by the pulsating BPMs of Chicago House music, Beyonce tapped into the vibes that were already bubbling beneath the surface and invited us all to liberate ourselves on the dancefloor. “Break My Soul,” the number one hit single from her seventh album Renaissance, is not just a club banger but an affirmation of self-love and perseverance. She sings: “Now, I just fell in love/And I just quit my job/I’m gonna find new drive/Damn, they work me so damn hard.” With just about every accolade that an artist could possibly receive, Beyonce’s immense contributions helped to make 2022 one for the books in R&B. 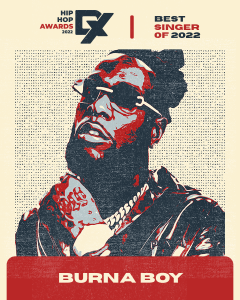 The pride of Nigeria, Damini Ebunoluwa Ogulu aka Burna Boy has taken the world by storm as one of the faces of Afrobeats. His music, which he describes as Afro-fusion, blends elements from, R&B, Hip Hop, dancehall, and reggae and has launched him into superstardom. In 2022, Burna Boy continued shining with the release of his sixth album  Love, Damini. The LP holds the distinction of being the highest debut of an African album ever on the Billboard charts. His most personal project to date, the album is a mirror of the calm and chaotic experiences of Burna Boy. On the album’s singles “Kilometre” and “Last Last,” Burna Boy reveals his emotional side as an ambassador of Afropop and pushes the genre even further. For his accomplishments in music, he was given the award of Member of the Order of the Federal Republic. Not many artists can say that. 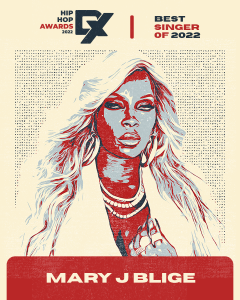 For over 30 years, Mary J. Blige has been the undisputed “Queen of Hip Hop Soul.” 2022 was another banner year for Blige. She co-headlined the Pepsi Super Bowl LVI Halftime Show. She released her 15th album Good Morning Gorgeous to rave reviews, as the project was a reflection of her artistic expansion and her growth as a woman. The title track of the album is another classic MJB anthem that uplifts women to declare their beauty despite the ugliness they may experience in their daily lives. Other singles from the LP include “Rent Money” featuring Dave East, “Amazing” featuring DJ Khaled, and “Come See About Me” featuring Fabolous. Blige also launched the inaugural Strength of a Woman Festival and Summit in Atlanta, Georgia on Mother’s Day weekend. If that’s not enough, she starred in season 2 of the incredibly popular Power Book III: Raising Kanan and was honored with Strength of a Woman Day in Atlanta. Without question, Mary J. Blige is still wearing the crown and it looks damn good on her.

Return to our Hip Hop Awards nomination page for more categories or check out the nominees for best rapper of the year, best r&b song of 2022 and best r&b album of 2022.

Check out our previous R&B Artists of the Year award winners.