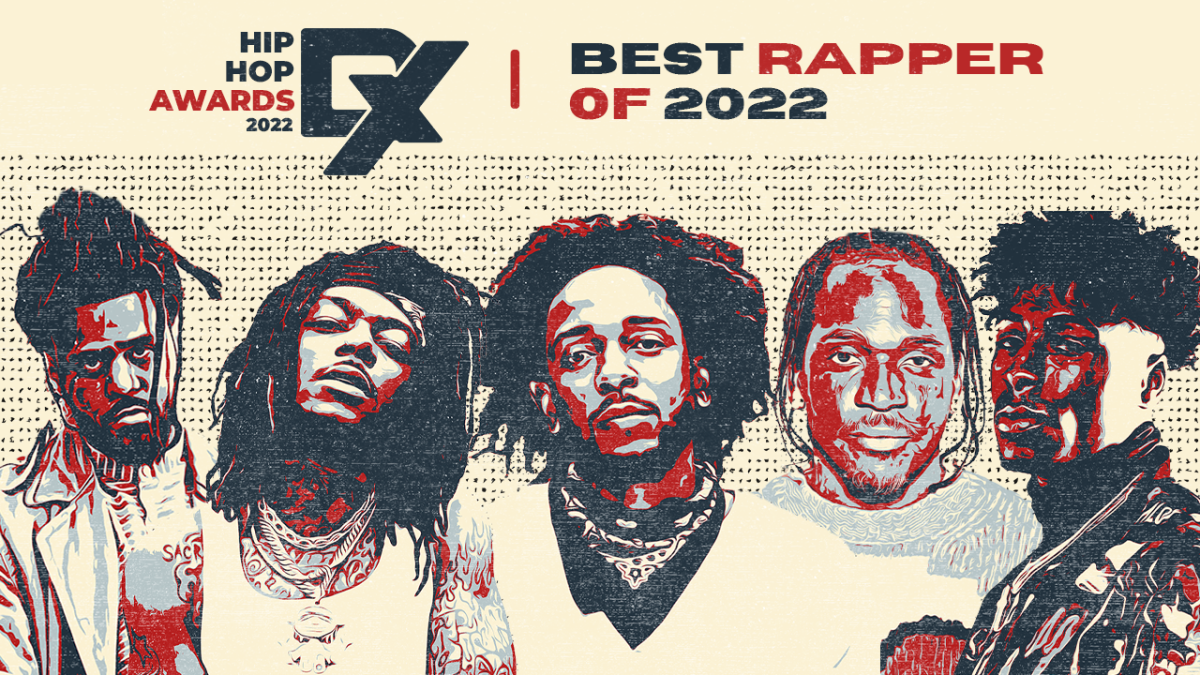 A title such as Rapper of the Year holds prestige, a trophy of excellence that precedes others. In this landscape, being Rapper of the Year means your body of work can connect and communicate with fans worldwide and inspire your peers and young artists on the come up. The music is consistent, layered, yet digestible: at times can be complex but relatable.

In 2022, we saw the return of Kendrick Lamar in full force, delivering a messy masterpiece and casting his shadow for the majority of the year off the power of his album Mr. Morale & The Big Steppers. Pusha T also made a splash, proving his coke-filled lexicon has reached a new level. JID came out of hiding as well, delivering great features and a much beloved album as he made the jump to rap superstar. NBA YoungBoy took advantage of finally being a free man by dropping a bevy of quality projects and features that harkened back to the output of prime Gucci Mane, whereas J. Cole made his presence felt through features and collab albums so good that he didn’t even need to drop a solo record. All these rappers barred up and proved themselves as the best doing it, but only one can wear the crown. 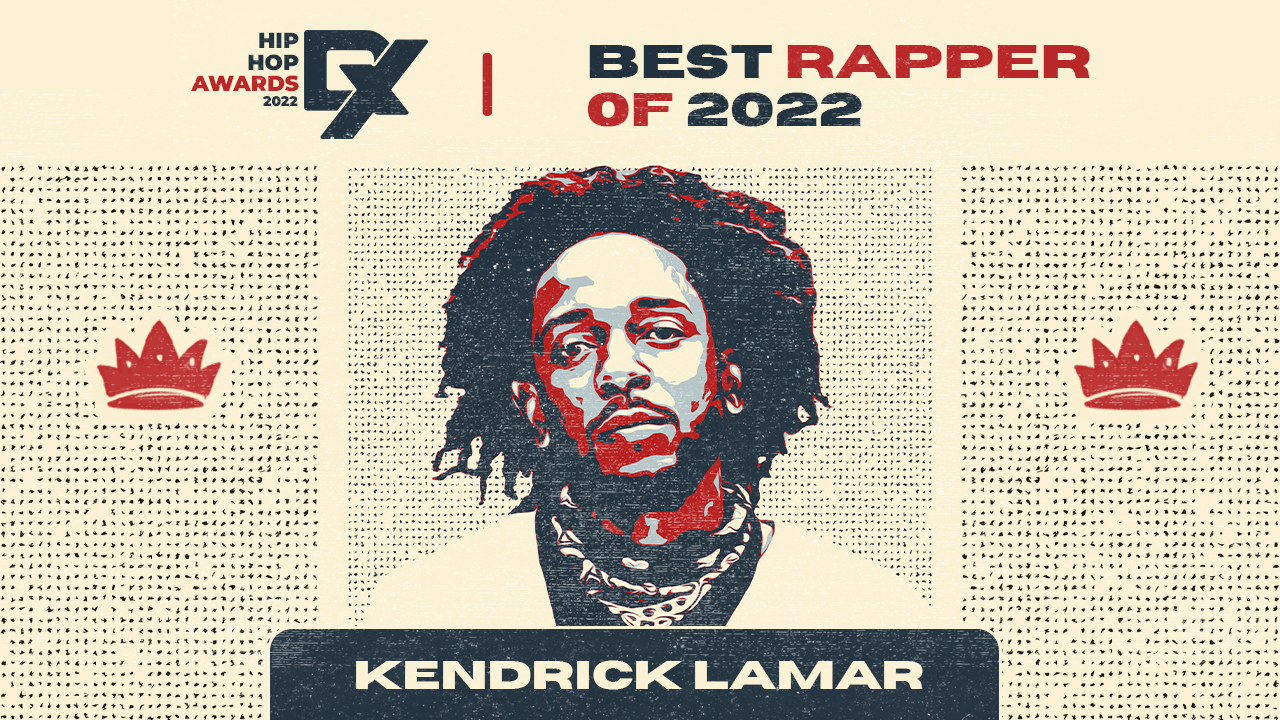 When Kendrick Lamar announced he was working on his new album via his mysterious PGLang website, nothing but the second coming of Jesus Christ could elicit such a worldwide reaction. For the last decade, the Compton-bred artist had reached the highest echelon of rap supremacy. He’s revered as one of the greatest to ever hold a mic, and he didn’t disappoint with his latest album Mr. Morale and the Big Steppers. His long-awaited return project following 2017’s DAMN, Kendrick takes his usual sociopolitical gaze and turns the mirror onto himself. Mr. Morale operates as a session of grief, self-acceptance, and accountability. Narrated by his wife, Whitney, and featuring strong cameos from Kodak Black and Baby Keem, Kendrick uses the 18 tracks to address normalized toxicity (“We Cry Together”), transphobia in the culture (“Auntie Diaries”), and closure on hidden traumas (“Mother I Sober”). The polarizing album was one of the few full lengths that maintained its perch in the culture throughout the year, showing Kendrick hasn’t lost the attention of the masses. 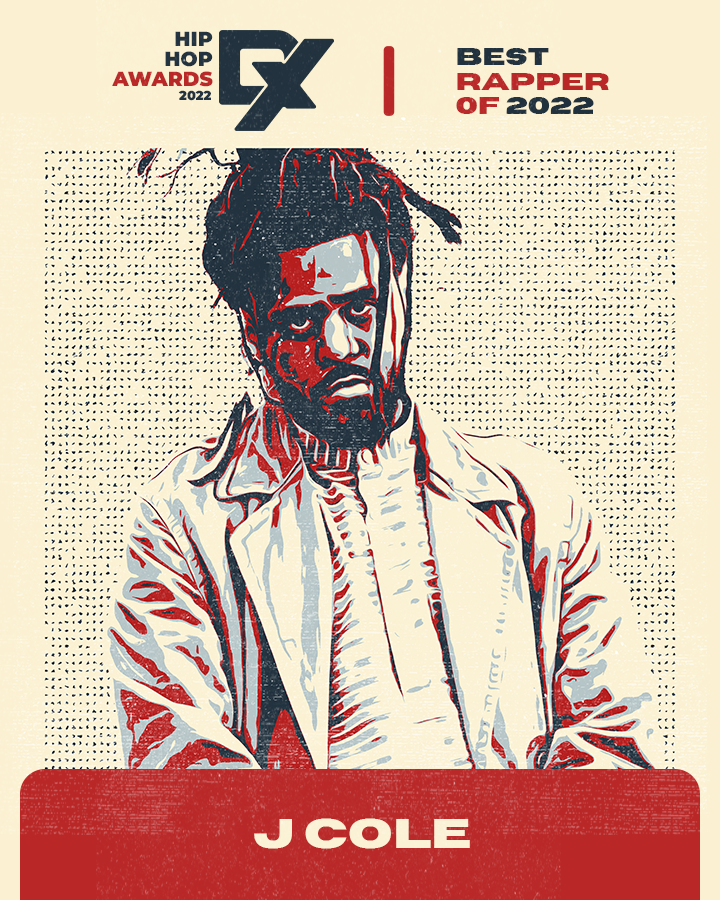 It’s impressive how relevant J. Cole can keep his name throughout the year without releasing solo music. Cole has been focused on his Dreamville brand, pushing acts like Cozz, Bas, Ari Lennox, and EarthGang. Cole has been the master of a surprise this year, dropping a Gangsta Grillz tape with DJ Drama and the rest of his Dreamville collective, D-Day. He also delivered some of the best features of the year on BIA’s “London,” Smino’s “90 Proof”, and “Johnny P’s Caddy” with Benny the Butcher. It’s safe to say since last year’s The Off Season, Cole’s rapping has entered a second prime. 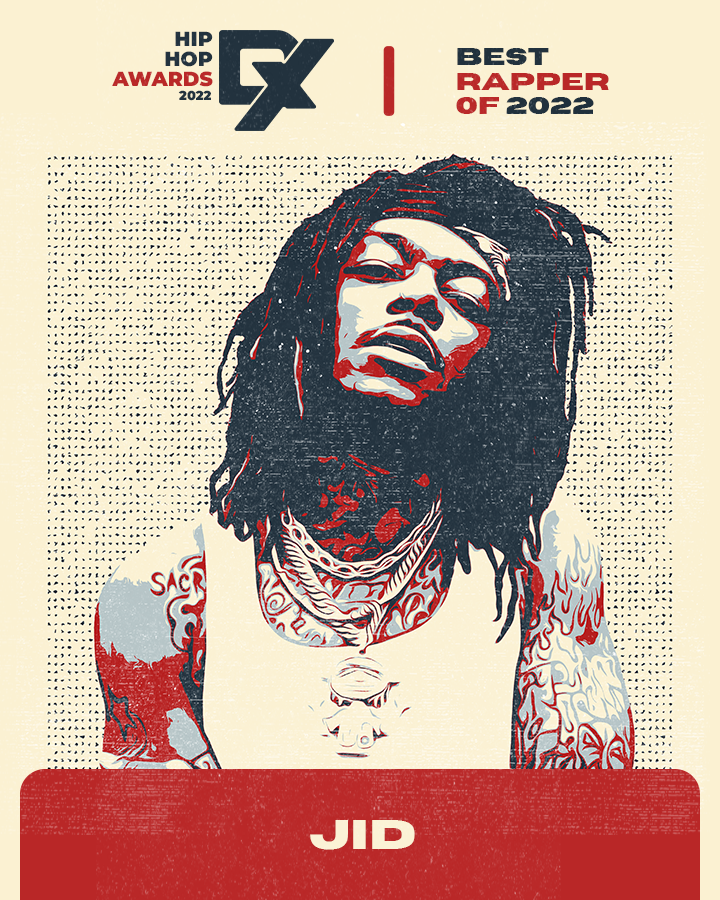 Watching and listening to JID rap is a spectacle. While he’s charismatic on the mic, exhibiting speed in his delivery; his flow is focused, making his raps clairvoyant. What makes JID exceptionally fun is his knack for quick, flipping wordplay in the middle of his linguistic gymnastics. The Forever Story comes four years after the fan-beloved DiCaprio 2, and it’s JID’s most complete project to date. The project returns to the days of full LPs sequenced in a way where front-to-back listening is preferred. It’s a body of work meant to stand the test of time in an era where music has become disposable. He also held his own with features alongside J. Cole, EarthGang, Denzel Curry and Mike Dimes, proving to fans that he was worth waiting for. 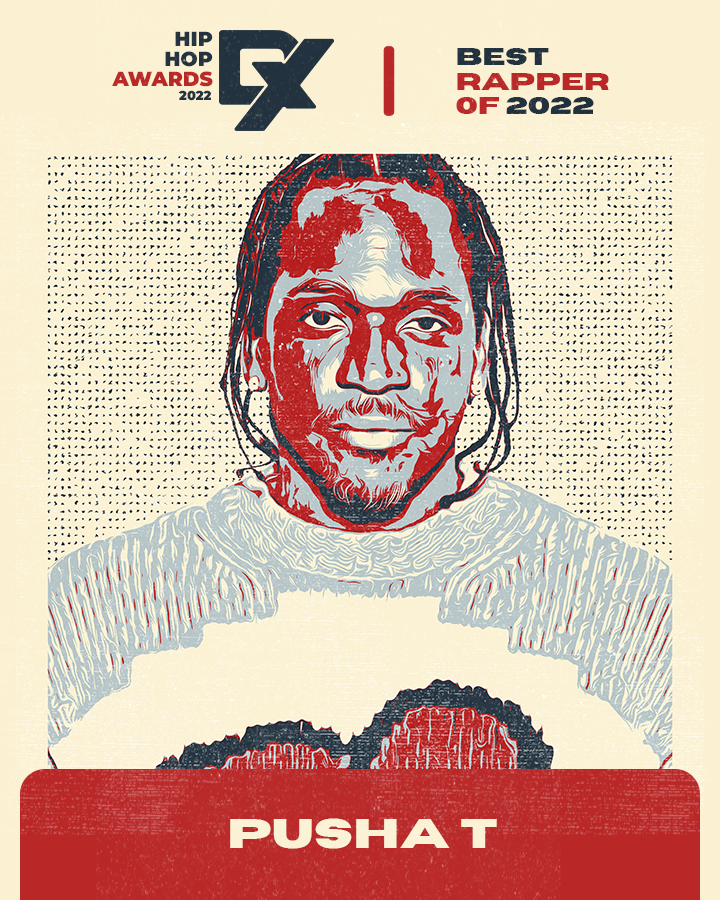 Pusha T is the embodiment of an artist who ages like fine wine. It’s Almost Dry was released back in April earlier this year, but it’s endured as one of this year’s most robust projects. Push, accompanied by Ye and Pharrell on production, is at his sharpest lyrically, his bars contain more wit, but the experience as an MC is what breaks through the mold. For 20+ years in the game, Push never sounded more comfortable with his placement in the rap game. Like an ex-Kingpin who still has coke residue under his nails, Push uses extreme detail to paint vivid portraits of the old days of hustling, placing listeners in his world of drug dealers and brick sales. Push also delivered standout features on projects from The Game, Nigo, Metro-Boomin and Freddie Gibbs, reminding everyone throughout the year that he’s still the king of coke raps. 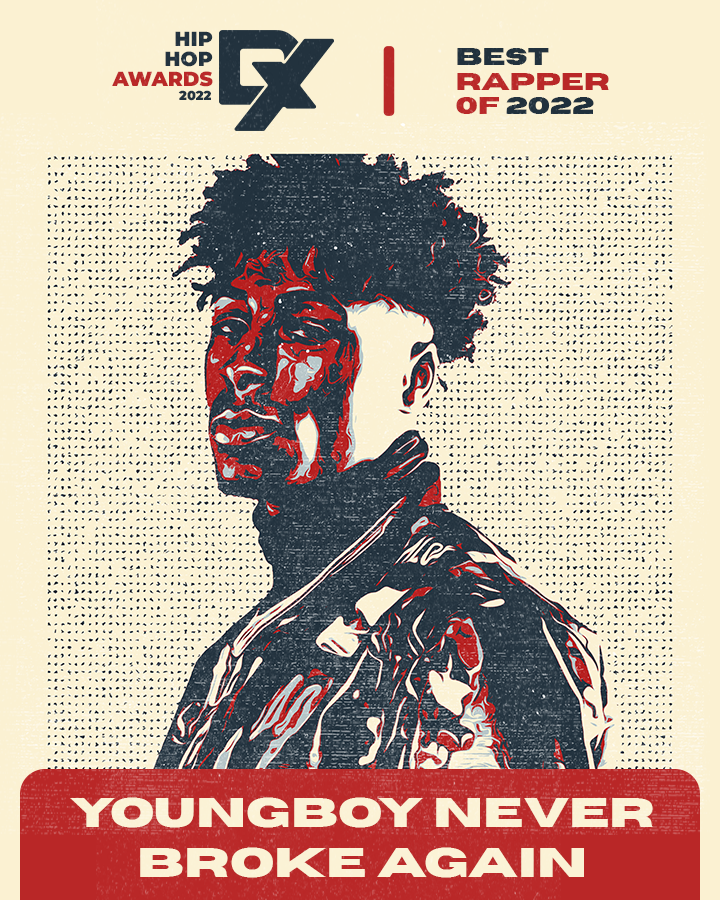 The industry loves to hate Youngboy Never Broke Again. The Baton Rouge artist is one of music’s most prolific artists this generation. With a massive following that would threaten the Barbz, YoungBoy nearly beat Bad Bunny on the charts with Colors, released earlier this year. He frequently releases music, dropping a total of 7 projects alone in 2022, all of which charted, one of them hosted by DJ Drama, and two collab tapes (one with DaBaby and another with Quando Rondo). YoungBoy uses his elastic vocal range to plunge into his darkest thoughts and feelings, not afraid to put his words on wax. The music can be aggressive, with every incendiary verse igniting a beef with another rapper. In 2022, YoungBoy proved his superstar status and as long as he remains interested in music, he should only ascend further in 2023.

Return to our Hip Hop Awards nomination page for more categories or check out the nominees for Hip Hop Rookie of the Year, Biggest Comeback of 2022 & Best Hip Hop Beat of 2022.

Check out our previous Rapper of the Year award winners.