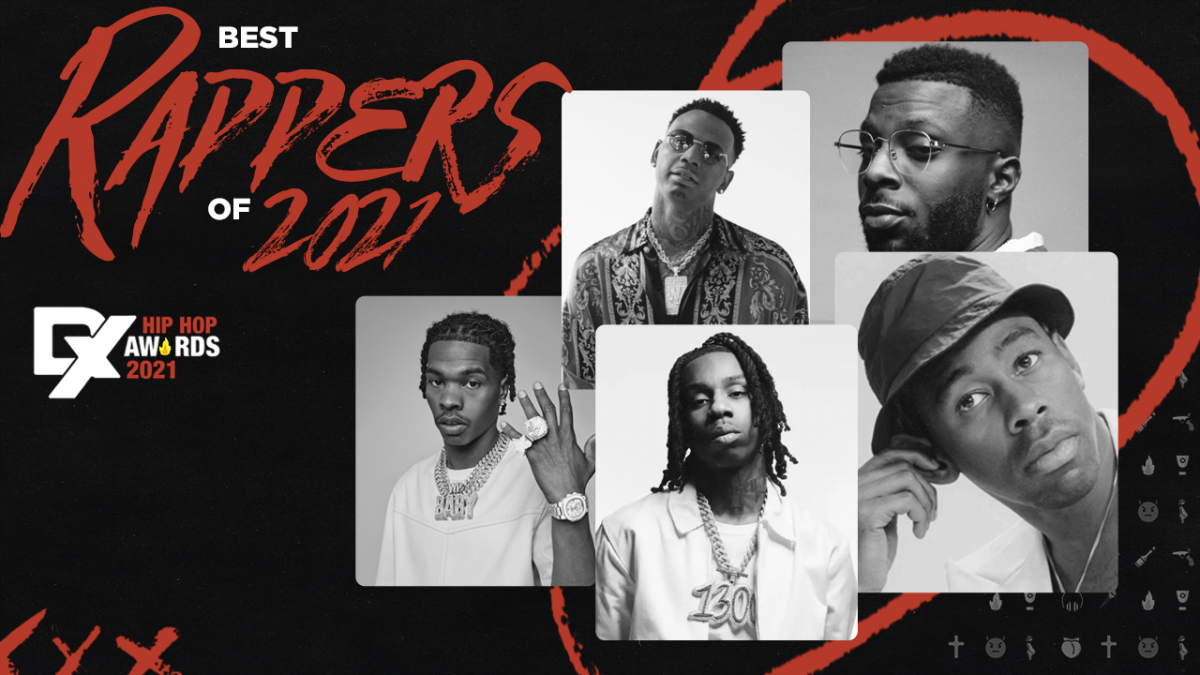 Hip Hop had a hell of a year in 2021. The first year outside since the COVID-19 pandemic became an opportunity for rappers to get the train moving again to provide their fans with new music. We saw young rappers break out of the gate leading the charge for the new school, while the older generation showed they could still hold their own with the youngsters. Some people tend to forget Hip Hop is a competitive sport, but several of the best rappers of 2021 kept that fighting spirit alive for the sake of being crowned the best rapper of the year.

Being the best rapper in the game comes with a lot, and that helps separate the artists who really care about the craft from those who are just happy to be in the industry. There were several All-Star runs from artists such as Moneybagg Yo going No. 1 on the Billboard 200 two separate times to Lil Baby continuing his meteoric rise from 2020 in the following year. All these artists earned their right to be considered some of the best rappers of 2021. These are some of the best lyricists in the game.

Tyler, The Creator’s evolution into a full-fledged artist has been a remarkable sight. The IGOR rapper began his career pissing people off with his give-no-fucks attitude, but fans grew to love him over time. These days, Tyler is in the elite category, and his latest album, CALL ME IF YOU GET LOST, keeps his new status intact. The album brought DJ Drama back to his Gangsta Grillz mixtapes days and debuted at No. 1 on the Billboard 200. It also spawned two singles in “LUMBERJACK” and “WUSYANAME” featuring NBA YoungBoy, while also snagging a nomination for Best Rap Album at the 2022 Grammy Awards. Tyler has proven to be one of the best rappers of 2021 with a classic project, great guest features and bars aplenty.

Check out Tyler’s reaction to winning rapper of the year and album of the year: The fact that Isaiah Rashad struggled with substance abuse issues and a myriad of other mental health problems but managed to rise like a phoenix in 2021 might be one of the best Hip Hop stories of the year. Thanks to rehab and a new routine, the Top Dawg Entertainment rapper was able to focus and lock in on his third studio album, The House Is Burning. Zay earned his first top 10 Billboard 200 album because of THIB, and it makes sense why. The album finds Rashad reflecting on that dark time and how he’s become better because of it, alongside features from Lil Uzi Vert, SZA and Jay Rock. How does a rapper top a crazy year like Lil Baby had in 2020? They go on an insane feature run, and the 4PF boss has been rapping his ass off on other people’s tracks in 2021. Lil Baby dumped 14 features throughout the year with artists such as Joyner Lucas, Kirk Franklin, DJ Khaled, Nardo Wick and more. Three of Baby’s biggest features, though, came from Drake (“Wants & Needs,” “Girls Want Girls”) and Kanye West (“Hurricane”) respective projects. Lil Baby also managed to drop a collaborative album with Lil Durk titled The Voice of the Heroes that debuted at No. 1 on the Billboard 200 chart. He deserves to be known as one of the best rappers of 2021. Yo Gotti’s Collective Music Group has been doing a fantastic job with their artists such as 42 Dugg and EST Gee, but no one on the team can celebrate more than Moneybagg Yo. The Memphis, Tennessee native dropped his fourth studio album, A Gangsta’s Pain which debuted at No. 1, moving over 110,000 album-equivalent units. The album went back to the top spot in its third week, and if that weren’t enough, Moneybagg had the highest-selling Hip Hop album for a time until Drake and Kanye West dropped their respective albums. With singles such as “Time Today,” “Hard for the Next,” and “Wockesha,” Moneybagg made a big statement in 2021. Polo G’s growth into a bonafide star has been a sight to see. Things began to move when he dropped The Goat in 2020, but the Chicago native hit his stride when he unleashed “Rapstar” the following year. The single debuted at No. 1 and gave Polo his first chart-topping hit. “Rapstar” would eventually lead to Polo G’s third studio album, Hall of Fame, which debuted on top of the Billboard 200, earning 143,000 album-equivalent units in its first week. On the album, Polo G showed out with a large number of guests including, Lil Durk, G Herbo, Lil Wayne, Nicki Minaj, Young Thug and more. Polo G extended the album’s run with a deluxe edition equipped with six extra songs that dropped on December 3. He’s proven to be one of the best lyricists in the game.