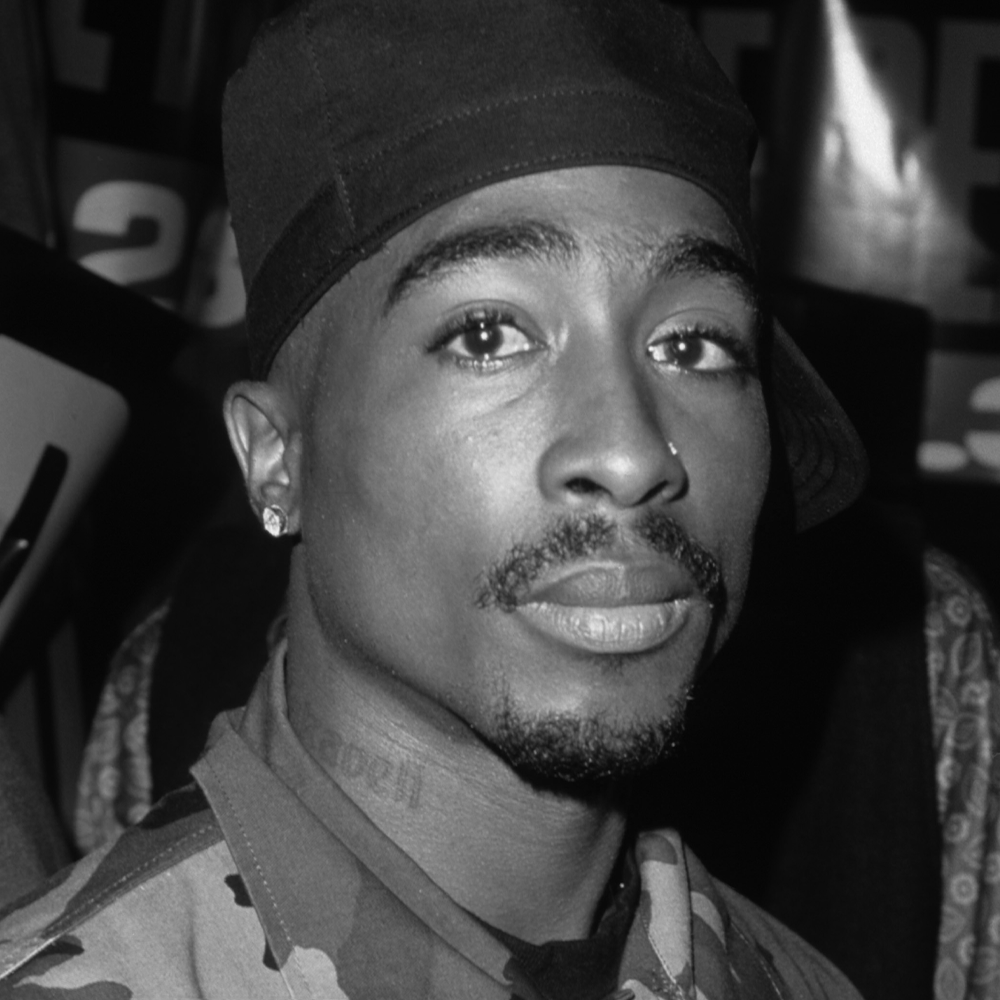 Tupac Shakur is one of the most influential artists of all time and was a transcendent figure during his short but remarkable career. Born the son of a Black Panther, Tupac had a prophetic rage and gangster side that made him such a unique MC. He began his career as a roadie and backup dancer for Digital Underground before launching his widely successful solo journey. With the release of his debut album 2Pacalypse Now in 1991, he became a central figure in the West Coast hip-hop scene for his militant lyrics. Tupac’s breakthrough album Strictly 4 My N.I.G.G.A.Z... in 1993) and Me Against the World which was released in 1995 was arguably one of his best works. After signing with Death Row in 1996 he dropped All Eyez on Me, the first double-length album in hip-hop history, eventually going on to sell over 10 million records. As an actor, Tupac had starring roles in Juice, Poetic Justice, Above the Rim, Bullet, Gridlock'd, and Gang Related. His last album, The Don Killuminati: The 7 Day Theory was released in November 1996, almost two months after his tragic death. In 2017, he was inducted into the Rock and Roll Hall of Fame in his first year of eligibility. Rolling Stone magazine ranked Shakur among the 100 Greatest Artists of All Time.

What was Tupac’s first appearance on record?

What was Tupac’s first film?

Where was Tupac born?

Tupac was originally born in Brooklyn, NY, in 1971. In his teenage years, he eventually ended up in California and settled in Los Angeles to further pursue his music career.

Was Tupac’s break-up letter to Madonna really on auction?

Yes. But the New York Supreme Court halted the sale in 2017.

What does Tupac Amaru mean?

How many Grammys has Tupac won?

2Pac never won although he was nominated six times.

What rap crews did Tupac start?

Did Tupac have any children?

He had no children.

What 2Pac Was Really Like In The Studio: A Deep Dive