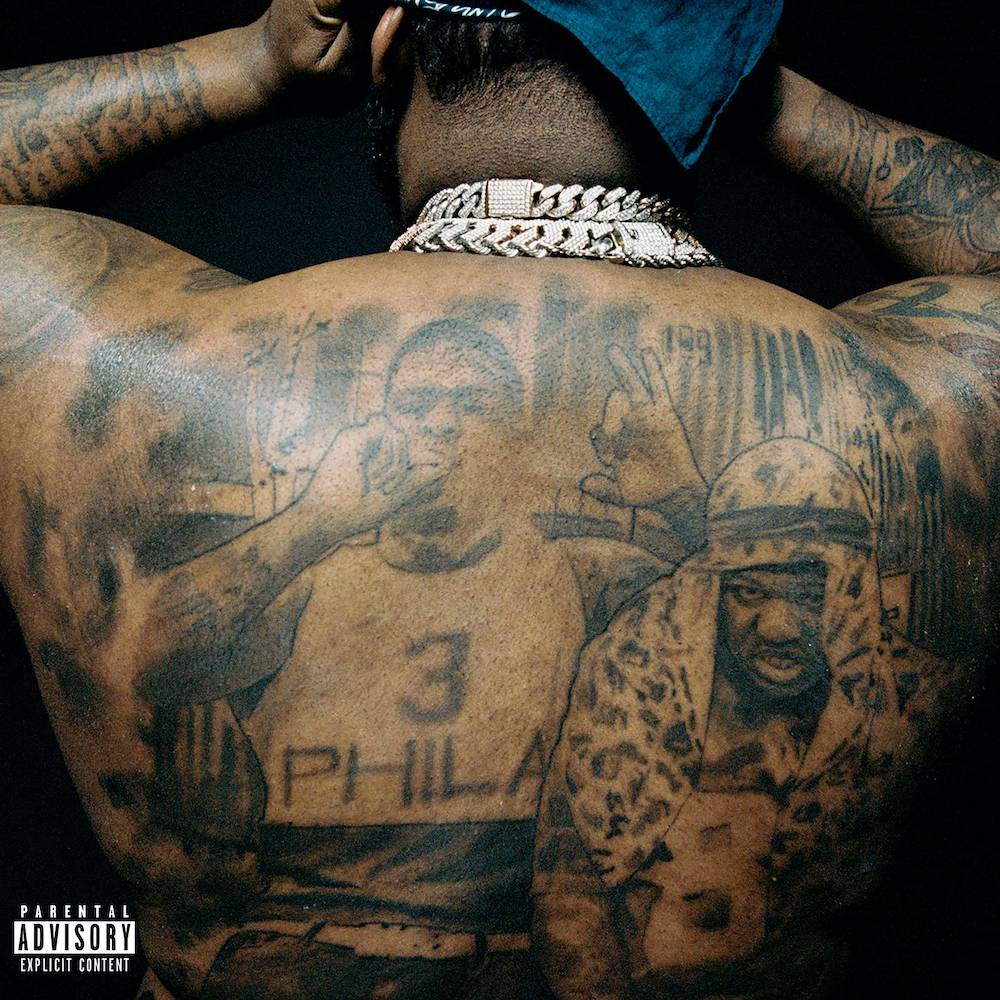 It seems ridiculous now, but there was a time where Maxo Kream was considered a SoundCloud rapper. Yet, like many of those artists, he was overlooked by the media and not given his proper due, despite writing classic songs such as “Grannies.” But in 2019, after signing to Roc Nation and releasing Brandon Banks, an album that delves deeply into his complicated relationship with his father, the discussion around Maxo flipped.

He’s capable of making trunk-rattling bangers made for parking lot kickbacks and has a vivid — if not macabre — sense of humor. But Maxo’s specialty is heavy, mournful music. He weaves all facets of his life into deeply personal stories, rapping with a detached sadness, as if the fate of his family and friends was predestined. The lucid eulogist has a unique set of tools he’s been crafting for years, tools that have become fully sharpened on his new album, Weight Of The World, his best body of work to date.

Weight Of The World isn’t a reinvention, rather a top-to-bottom, RoboCop-esque improvement on the established formula. Maxo deals with family matters, fame, drug addiction and his rocky past as he did on Brandon Banks and Punken. But all the fat has been trimmed, the successes have been amplified and Maxo himself has never so effectively balanced his roles as narrator and protagonist.

The most dramatic improvement is the beat quality. Gone are the days of simple loops and heavy drums. In their place are expertly sampled, intricately layered compositions that would make Mozart’s ghost start Crip walking. The beats match the artistic level of the stories he weaves. Contributions from Cardo, Mario Luciano, WOLFE de MÇHLS, Teej, Kal Banx and Tyler, The Creator help elevate the material.

“They Say” has two of the best beats of the year just on its own, transitioning from an ethereal, heartrending canticle on a windswept plain to a scorched earth banger. “1159,” “Streets Alone” and “Local Joker” are three excellent, completely different beats that illustrate Maxo’s vast range but in truth, there isn’t a bad instrumental to be found.

Maxo hones his strengths while freeing himself from radio obligations. Some tracks are primarily tragic, such as “Cripstian,” in which he airs his grievances with fame in an unrelenting, minute-long barrage of misery. Then there’s the devastating “Trips,” which tells the story of Maxo’s brother being shot while a mutual named Ike sleeps on the couch. Maxo tells it with a biographer’s commitment to reality, with graphic passages of bloodcurdling agony:“Ike was screamin’ like, ‘Who did it, where they at?/Just point ’em out’/Can’t pick him up ’cause he too heavy/So he set him on the couch Losin’ blood, could barely breathe/Ike screamed, ‘Somebody help.’”

There’s more than enough misery to go around but usually, Maxo balances the darkness in his life with some measure of light, such as winking self-deprecation and self-awareness. He disses himself for the first half of “They Say” and calls himself the “Trap Barack Obama” on “Big Persona,” keenly aware of when the listener needs a break.

Maxo also sounds more interested in being a musician than ever before. “Whole Lotta” and “Greener Knots” find him completely abandoning his signature gravel monotone, pitching his voice up and down to match the beat as it plays rather than bulldozing through it.

As his Tyler, The Creator collaboration implies, Maxo is a big persona. As a result, he doesn’t share the spotlight especially well. It sounds like he refuses to commit 100 percent to the song if he’s not the only one in it, with his most lifeless verses on the album being “Streets Alone” featuring A$AP Rocky and “What I Look Like” with Freddie Gibbs. He also misses occasionally, most prominently here on “Don’t Play With Shawty,” which is a prepackaged, soulless attempt at a banger that’s overkill.

Maxo Kream’s discography is a curb-stomping, heartrending sculpture carved from the Houston pavement. As the gruff-voiced rapper first eyed the marble with his debut, Punken, audiences were introduced to a powerful mix of trap anthems and agonizing reflection, taking further steps to chiseling his art with Brandon Banks. And now, on Weight Of The World, Maxo validates what every fan knew from the moment they first heard “Grannies:” Maxo Kream is capable of making a classic album.

His masterpiece is now complete.

Weight Of The World almost made me cry man, Maxo Kream really poured his heart out on this one 😞 (check the thread too) pic.twitter.com/E7cIQKnkY2

The beats on this maxo kream album are absolute pic.twitter.com/0D9eWsnS37

Don Toliver on a beat from Monte. Wow. Thank you Maxo.