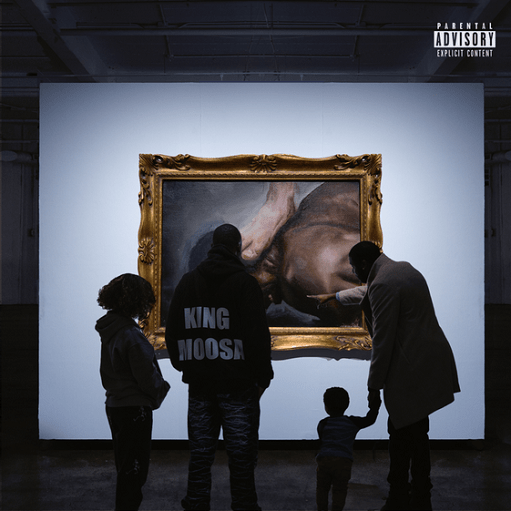 Though it’s not necessarily a “fun” top to bottom play, the project is a well-sequenced collection of music that exemplifies why Vic remains esteemed in many circles.

SC and Just Blaze lace the sped-up-sample-driven “Victory'” on which Vic laments on his career and life in the streets of Chicago — something he also touches on “Millionaires,” though with a decidedly different vibe.

“I never would’ve made it without you; a tree can’t grow or bear fruit without roots,” featured artist Tish croons on the song’s chorus. Something brought into focus on the next song, “Kwaku,” which features his father describing his upbringing and the joy he gleans from his son’s success in the face of Chicago’s adversity — and the fear he experienced during lower points when Vic was in the streets. “I got scared because I thought you could be shot,” he notes.

“Moosa,” featuring Jeremih, Eryn Kane and Wyatt Waddell, stands out on the project. The SC, Smoko Ono and Peter Cottontale produced track has a lot to unpack: from contemplating suicide to finding strength in his friend James’s demeanor and the faith of another inmate/friend named Moosa. Lyrically, the storytelling here is impeccably self-reflective and honest. There is an intense moment when he recognizes how his legal struggles nearly put him in a position to join them behind bars.

“I’m goin’ through my trials, caught a gun possession for the .40 cal … All this positive shit, and I’m hardly different, thinkin’ I might end up in a cell right by these niggas,” he raps.

The story ends with Moosa — who was sentenced to 25 years at the age of 14 — gaining clemency due to the COVID-19 virus.

The theme of prison abolition and wrongful conviction is prevalent throughout I TAPE, though more overtly on the project’s second half — from the phone call skits to the crown jewel “Shelter,” featuring Chance the Rapper and Wyclef.

“I write for my niggas with no possibility of parole,” he raps over the chunky guitar licks reminiscent of Wyclef and Mary J. Blige’s classic “911” — a song loosely interpolated in Clef’s chorus. “Live from death row, free my nigga Julius Jones,” he adds.

Jones is a Death Row inmate in Oklahoma whose case Mensa has been highly vocal about — even noting in a recent Billboard Op-Ed that their relationship was the inspiration for the song.

Vic proves his pen’s prowess on this snack-sized set, check the hot-dog scheme on “Victory” as one of many examples (“They musta heard I got my bread up/They know they can’t catch up, so now they in a pickle, that’s a chi glizzy/I’m relishing the moment, shit, everything is golden”).

Still, this project isn’t without some skip-worthy fare. While Zacari’s vocal sparkle and Vic’s heart is in the right place, “Fr33dom” feels as though it takes one too many cues from Childish Gambino’s “This Is America.”

While nothing is inherently innovative in his tone or production choices, the balance in subject matter helps keep the I TAPE from buckling under the weight of its lofty intent, which, while poignant, lends itself to a listen that isn’t ripe for repeat-spins.

“They sleeping on me … must be on that melatonin,” Vic raps. He remains one of those artists you either love or you don’t — not unlike J. Cole. Though with a tape like this, it’s difficult to argue against his ability to make good music.