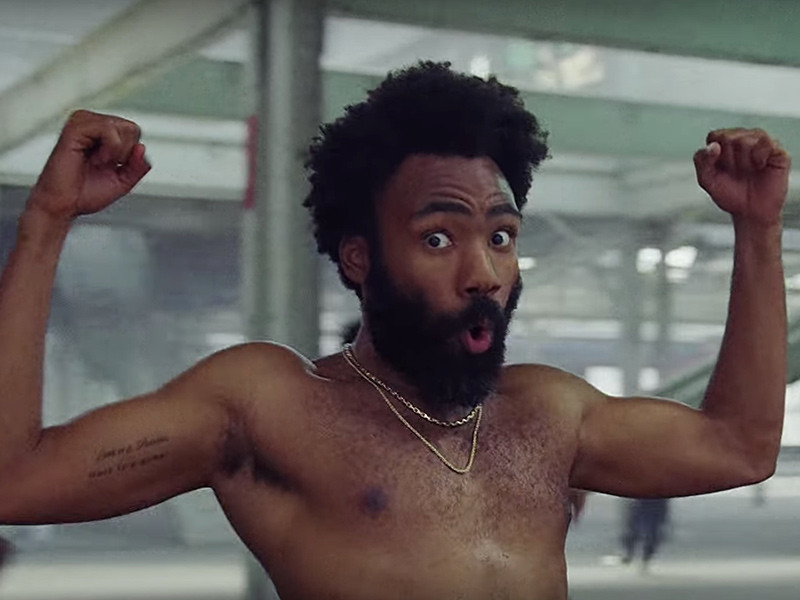 Less than a month after its debut on Saturday Night Live, Childish Gambino’s “This is America” has been certified platinum by the RIAA.

This accomplishment, according to an official press release from RCA Records, is just the latest for the hit song written and performed by Grammy, Emmy, and Golden Globe-winning recording artist, actor, and producer Donald Glover.

“This is America” debuted at #1 on the Billboard Hot 100 chart, where it held the top spot for two weeks in a row. The song also reached #1 on the iTunes charts in more than 45 markets and reached the Top 5 in 53 markets. The official video hit more than 85 million views in its first week on YouTube and reached more than 100 million views in just nine days (becoming the fifth-fastest music video in YouTube’s history to reach that milestone).

The video has also sparked countless parodies and remixes — some good, some not-so-good.

Donald Glover isn’t just enjoying success in the music arena. Despite mixed critical reviews, Solo: A Star Wars Story — in which he plays a young Lando Calrissian — reached number one in the box office worldwide in its first week. And he’s still enjoying television success with the hit show, Atlanta.

Interestingly enough, however, “This is America” is not the first official single from Childish Gambino’s forthcoming debut album on Wolf + Rothstein/RCA Records.