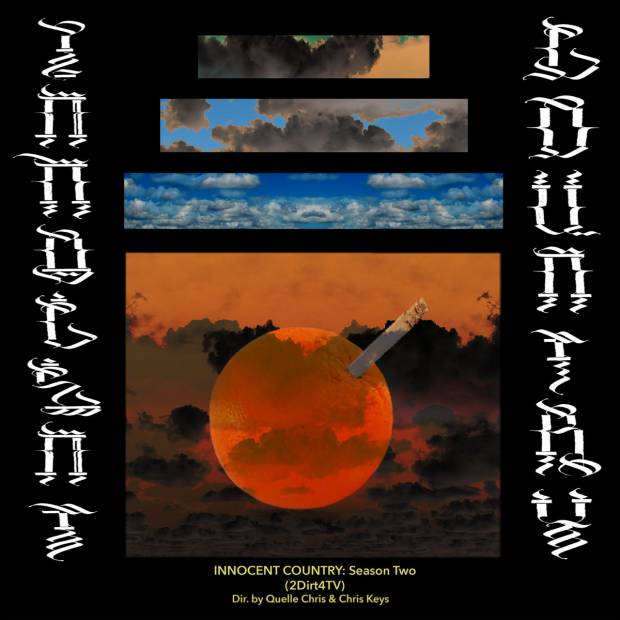 If there’s any idea that Detroit rapper Quelle Chris is contesting with Innocent Country 2, it’s that he isn’t beholden to any expectations. Take the album’s lead single, “Sudden Death,” which features the nasally-voiced rapper waxing stoicism not through rapping, but singing. Here, Chris reminds us to keep pushing forward and just accept life as it comes: “There ain’t no kickbacks or replays” he sings, “It’s not for certain, but life ain’t perfect”. Where the Jean Grae joint album Everything’s Fine focused on worldly anxieties and Guns took aim at America’s relationship with firearms, Innocent Country 2 instead turns inward, as Chris delivers a batch of meditations that seem oddly optimistic for the normally deadpan and weeded out realist.

The entire package is blissful due to producer Chris Keys. Keys gives the album a wide range of light synths and organs, soft piano loops and gentle drums that make listening to this sequel album an easy effort. “Outro/Honest,” a song that sees Chris give his final remarks to a relationship that’s now ended, is backed by a dreamlike piano and tender pattering percussion. Meanwhile, tracks like “Living Happy” and the “Mirage” make Chris sound like he’s happily walking on clouds, as he spends verses reminiscing about his past and what continues to give him life. “Uncle say, ‘come holla at me,’ I got somethin’ you should know,” he remembers on “Living Happy, “If you want for livin’ happy, gotta let them feelings go.” 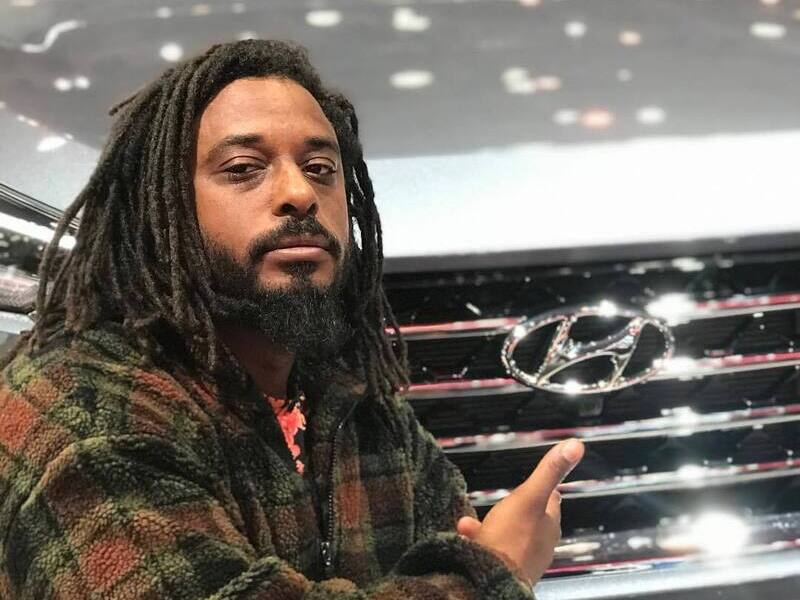 Unsurprisingly, Quelle Chris approaches Innocent Country 2 with the same wit and nonchalance that makes him such an interesting rap figure to follow in the first place. Aside from the tension-release on “Honest/Outro,” Innocent Country 2 sees Chris focusing on a range of affirmations, whether it be on powering through life’s bad times or expressing power and love in Blackness. “Black Twitter,” for instance, is an amusing love letter to his favorite part of Twitter, in which Black folks can share tea-sipping Kermit memes and get “daiquiri’d up” with each other. “Sacred Safe” is a joyous celebration in making the best with life’s hardships, featuring a standout verse by Homeboy Sandman who reminds himself as much as us, a “Vital part of makin’ omelets is: break eggs”. “Grease from the Elbows” is effortlessly cool, thanks to its fast-paced hook, a handful of clever one-liners (“We toast high like Kanpai”) and the sly spoken Pink Siifu.

The album’s guest list attempts to balance its heavy-hitters with Quelle Chris’ usual suspects, however, for better and for worse. Big Sen delivers a long and prophetic sermon at the end of “Mirage” that makes the song feel epic, especially following some of the best verses to date by both Denmark Vessey and Earl Sweatshirt. But other moments seem to bloat the album, be it through skits or guest appearances that don’t feel up to par alongside Chris. Soul singer Starr Busby delivers a delightful verse for “Make It Better,” but feels weirdly empty while serving the song’s hook. Comic and comedy writer Josh Gondelman arrives to drop an unnecessary skit on life choices over a barrage of bomb noises that feels like it always warrants at skip on “Moments.”

But it’s Quelle Chris’ diverse range of flows packaged with Chris Keys’ breezy production that makes Innocent Country 2 such an enjoyable project to listen to, despite its occasional filler. Although less heady than more recent entries in Chris’ discography, Innocent Country 2 feels like a cohesive album glued together by positive proclamations that feel both triumphant and encouraging; a remedy for these recent times, and a powerful vehicle for happier living in the future.