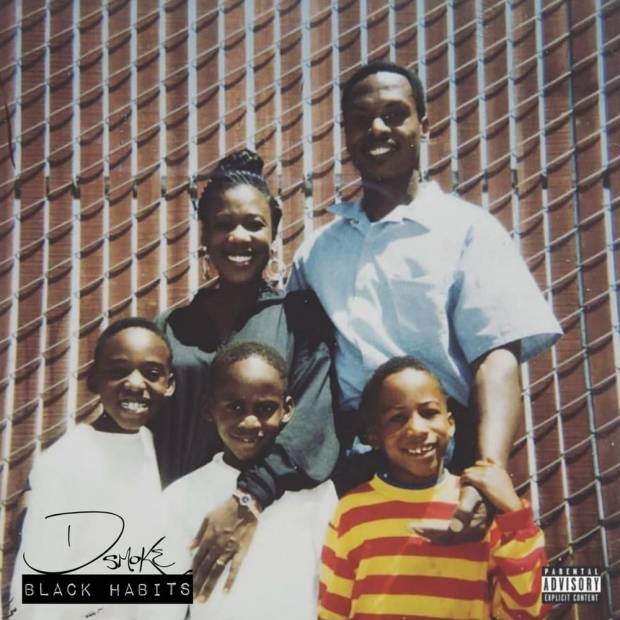 A rapper catapulted into the “next up” discussion by a reality show competition feels like the antithesis of Hip Hop. You would think that anyone entering the conversation from a commercial piece of television would instantly lose respect and risk the unholy label of “corny.”

While many contestants flashed potential, if there was one aspiring MC that showed off the full package of an enduring Hip Hop artist, it was the inaugural winner, D Smoke. The Inglewood rapper has drawn numerous comparisons to Kendrick Lamar, with his vivid storytelling and conscious bars delivered in an entertaining way. However, he’s more like the West Coast’s Lupe Fiasco: flexing lyrical dexterity, advanced vocabulary, and spitting with educational intent.

The high school Spanish teacher dropped his first EP after winning the show, Inglewood High, showing the 34-year-old had talent, but still hadn’t fully found his voice. His debut album, Black Habits, is a step in the right direction to come into his own as an artist.

Smoke’s new LP hits the marks of what you’d expect from a debut mainstream release. He’s got bangers, conscious rap tracks, the love song, pretty much something to satisfy any type of listener. But even if his work is calculated, it’s not vain. Smoke showcases maturity throughout the album. Whether it’s rapping about how to stifle gentrification by investing in your community’s property on “No Commas,” or his reminder to be grateful for life “Top of the Morning,” Smoke refuses to dumb his songs down for the lowest common denominator.

His use of imagery shines on the tribute to his father “Like My Daddy,” describing the different aspects of life his Dad taught him, like tying ties in a Windsor knot, how to get girls, and how to be a man. But the song takes on a double context when you know the backstory of Smoke’s father, who served some time during the rapper’s childhood but was able to get out and become a stay at home Dad. It illuminates the importance of having a father figure in the house and how many black kids are put at a disadvantage when that mentor is taken from them or refuses to be in their life.

There’s a lot going right on this project, but that doesn’t mean it completely hits the mark. The production, while jazzy and sometimes gorgeous, can make the tracks sound bland and sleepy if Smoke isn’t grabbing your attention. The album could also use some trimming as songs like “Fallen,’” sound like a Kendrick Lamar filler track and “Lights On,” one of two tracks featuring his brother Sir, pales in comparison to “Closer To God.”

“Free” is where Smoke flaunts his storytelling skills; writing each verse from a different perspective. He delivers first-person accounts of students of his that got caught in the system, and one from his friend who died of Cancer. The verse about his friend is especially heartbreaking, with its grim reality and helpless resolve.

Black Habits has a few kinks here and there, but for the most part, it shows off Smoke’s immense talent and skill. Having all these abilities would be enough to predict a solid career, but Smoke’s bilingual rap switch-ups add a unique weapon to his arsenal. With the explosion of Latinx Music crossing over into America, a bilingual rap style seems almost inevitable as America begins to embrace music that isn’t solely in English. If anyone can implement that with grace and care for the culture, it’s Smoke.

Rise up Inglewood; you’ve got a new star.