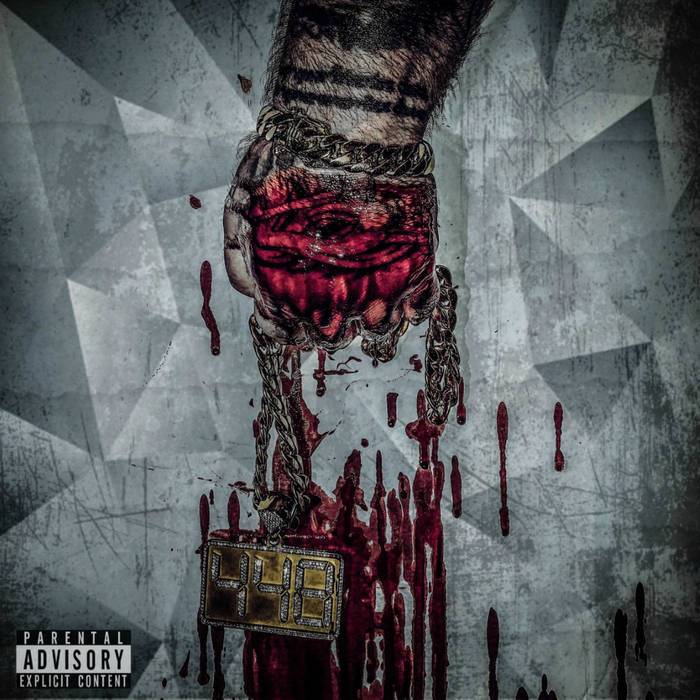 2019 has been a busy year for NYC-based MC Pounds, whose been slowly bubbling his lyrical stature over the past few years. An early Griselda-collaborator, the gruff-voiced MC has been hyping up his fans for an upcoming album produced entirely by legendary producer Buckwild — due out later this year.

In the meantime, he’s released a hearty appetizer, T.O.N.Y.

Packed with eight songs (crafted by Bishop, Krills, Polo Yeung, Spittzwell, Eto, Max Marciano), Pounds creates cinematic music much in the same vein of contemporaries like Roc Marciano and NEMS. In stark contrast to some of his peers, though, his music is dipped in an overwhelming sense of coming up.

Keeping one foot in the streets without snapping out to dwell in success keeps the project in a perpetual state of rawness.

There is a good variety in the production, such as the drumless samples of ”Violenza” or the  NorthLake-produced “Finished” — for which he released a visual. Then there’s the Dwayne Collins featured ”Traffic” that sounds so much like a beat by The Heatmakerz that you’ll start willing Pounds and the longtime Dipset collaborators to link up.

Though he never gets too deep as to put all his cards on the table, so it’s challenging to ascertain specifics, he details next level drug dealer-isms on some of the project’s choice cuts, while interspersing references to his daughter — whom he describes as tugging on his shirt while he whips work on the song “Save ME.” That song, in particular, is the most compelling.

The intro is a scene from the classic film A Bronx Tale when Lorenzo forbids his son Calogero from associating with Sonny. As a listener, you’re almost let to wonder if in the scenario Pounds is Sonny or Calogero. Hearing him note that he was nine when his father “remix a brick” just a song earlier, it begs the question.

“Music soothes the pain,” he laments on “Traffic.” Though he doesn’t pinpoint what that pain is, nothing about Pounds sounds less than authentic. However, “Traffic” and “Save Me” are fleeting moments, as they seem to be sonic — and in terms of depth — outliers on the tracklist. There is a backstory left to be explored, which these songs, in particular, begin to unravel. It doesn’t take away from the album, but the other tracks don’t stray too much from each other thematically.

There’s no gloss, no glitz and no gimmicks. There isn’t a clear marquee record in the bunch, but that doesn’t really feel like the point. Much like the peers in his lane, the release is built around careful sequencing, lending itself to be enjoyed best as a whole. He’s not reinventing the wheel in any sort of way, but rather continuing to bolster and expand the brand he’s been building.

It’s exciting to imagine what an album produced by Buckwild managed to pull out of him; the more he opens up, the more intriguing he becomes.