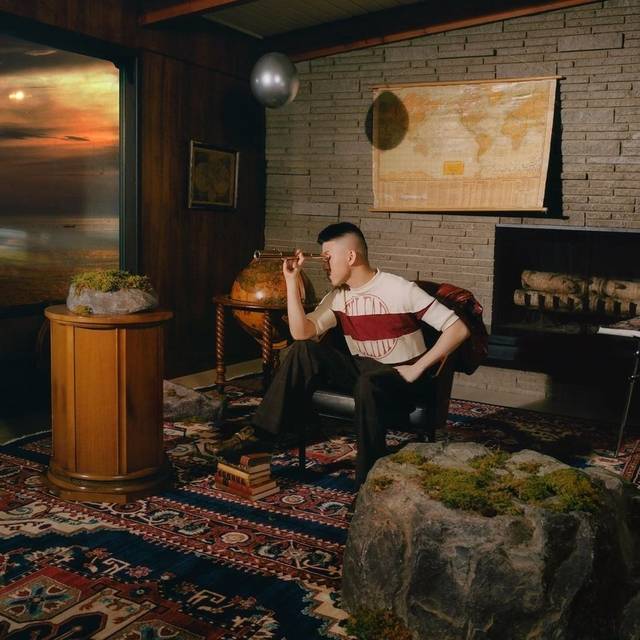 Rich Brian has come a long way since the goofiness of his 2016 viral hit “Dat $tick.” His 2018 debut album Amen was a pleasant surprise that demonstrated he had larger goals than merely recycling Hip Hop trends and stereotypes.

Since then, he’s become the de-facto face of the Asian American Hip Hop company 88rising. On The Sailor, his sophomore album, the Indonesian rapper takes some impressive creative risks while reflecting on heartbreak, fame, and the immigrant experience.

The Sailor’s overarching themes are introspection and displacement. The album opener, titular track is a cinematic experience with twists and turns. Having teamed up with Kendrick Lamar’s collaborator Bēkon, Brian embellishes his songs with ethereal melodies. In the first half, he discusses his newfound success: “I haven’t dropped a thing in months, so what does that make me? But then again, I’m somewhat famous, you supposed to hate me.” Later on, he delivers a spoken-word verse about seeing a young girl on the street who asks him existential questions: “Where do we go when we die? What is the color of blue if there isn’t a sky? What is the meaning of life?” The song descends into maximalist dreaminess, setting the stage for the ambitious scope of the project.

Even if Brian is generally more serious, he still serves up a handful of braggadocious bangers. He manages to be both cocky and likable, making even the crudest lyrics amusing. “Rapapapa” is a catchy, low-tempo track that’s overtly sexual. The legendary RZA comes in at the end, declaring that Brian is “born to be rich with talents.” And on the standout track, “Confetti,” the 88rising member irreverently boasts about his outsider status: “Pull up to the Grammys in a brand new Honda Civic/ Ain’t got time to give a fuck or worry ’bout my image.”

Ultimately, The Sailor is an album about growing up. “Yellow,” featuring Bēkon, has him contemplating death and his legacy and “No Worries” has him singing about heartbreak. Is Brian a skilled singer? Far from it. But much like Tyler, the Creator’s work on IGOR, he turns a musical handicap into an artistic strength by squeezing every drop of emotion from his voice. On “Curious,” Brian raps along to guitar strums about his experience migrating to the United States and pays homage to his inspirations Drake and Lil Wayne. Album-closer, “Where Does The Time Go?” has Brian singing about the difficulties of balancing fame and love with fellow 88rising member Joji. Though the song is rough around the edges, there’s a commendable sense of sincerity and notable shift away from his trap roots.

The Sailor showcases Brian’s expanding artistic curiosity and depth. Even if his ideas are sometimes a bit muddled and derivative, this project is an important stepping stone for his career.