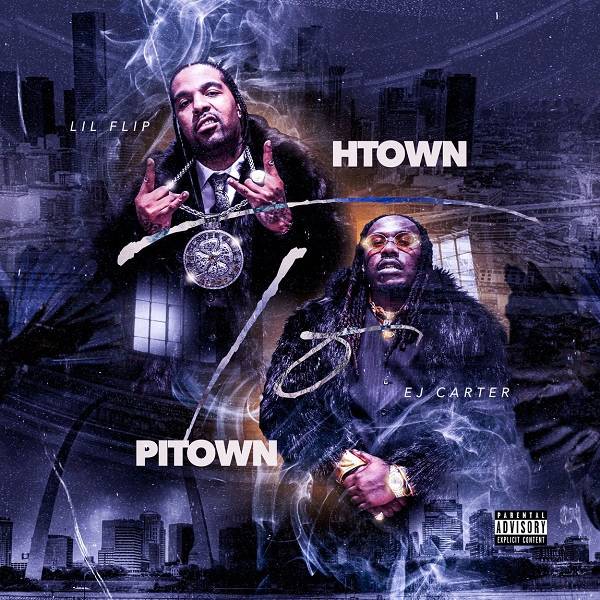 After the success of his sophomore project 5800, one-time HipHopDX Litness Test winner EJ Carter has linked up with Texas legend Lil Flip, a relationship that has culminated into the new collaborative effort H Town To Pi Town. It’s as much an introduction to Carter (and his production) on a larger scale as it is a reaffirmation of Flip’s legacy, the project offers a healthy amount of balanced bangers.

Flip and Carter have great chemistry across the 13-song affair. This is notable, as the project doesn’t feel at any point like Flip is here for the show. Instead, the way they manage to tackle the tracks together collectively feels organic and fluid.

Interestingly, there is this underdog story of adversity that Carter is embodying throughout the project, which Flip manages to adapt to — even dropping some gems about his own come up. It’s this sense of comradery that makes the project so appealing, shacking off any overt sense of “vet featuring young act” being a focus.

A lot of the endearing elements of Carter’s 5800 project, namely production aesthetic and his melodic vibes, are carried over to this project. Most notably, a remix of 5800‘s standout — and really Carter’s standout — the earworm “Propane” receives a remix treatment.

Sonically, it stays relatively cohesive; “Surgery,” the first song, sounds reminiscent of “Propane,” with a chorus crafted for easy memorization. “Feast” is another standout along the same vein.

“Freak Hoes In Yo City” and “Hood Rich” — which both feature Trap Frost — feel as though they have the most commercial appeal, especially the latter. Both tracks feature a slowed down vibe, accentuated by Frost’s butter vocals.

The project’s most surprisingly refreshing gem is “Represent,” which has the two trading bars over an uplifting mid-2000’s sounding sample, lavishing respect to those who’ve helped them over the years — and those behind the scenes names currently in their corner.

Though the album isn’t consistently the deepest of the deep, it offers a lot of bops, replay value, and variation. This wasn’t an email project. Flip and Carter were in the studio together, building off of each other’s vibes, and the results truly speak for themselves.