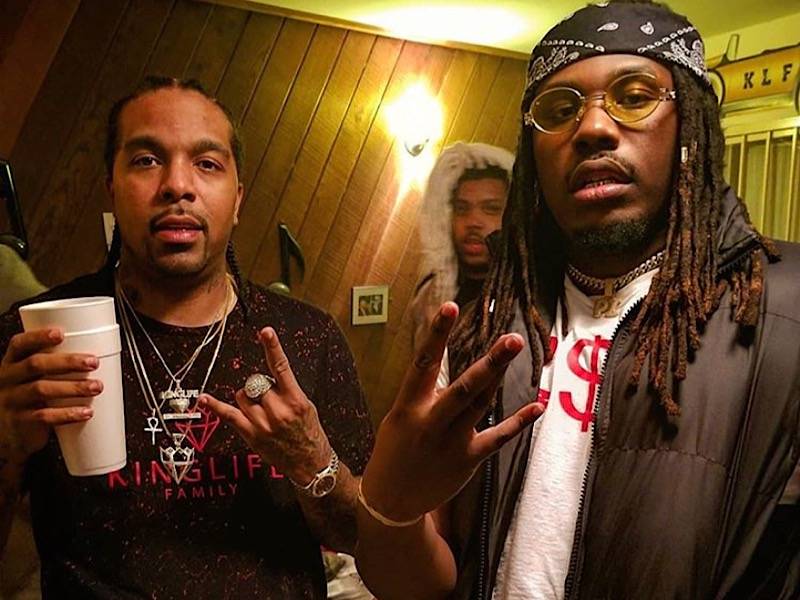 Houston, TX – It was back in 2018 when St. Louis rapper EJ Carter recorded what would become the most important song of his career, “Propane,” the last minute add-on to his sophomore LP 5800. Not only did the song become a regional anthem — it was also a winner of our #LitnessTest — but it managed to impress someone Carter had come up admiring throughout his career, Texas legend Lil Flip.

Fast forward a year later; Carter and Flip are preparing to drop H Town to Pi Town, a collaborative LP, as well as hitting the road on The Propane Tour.

According to Carter, this massive life change was almost a missed connection.

“I was about to be working with this potential manager/investor from Kansas City who had wanted to get behind me,” he tells HipHopDX about linking up with Flip. “During that time, one of that manager’s friends who was close with Flip had let him hear ‘Propane,’ and Flip had wanted to get on the song. But, since I was in the middle of distancing myself from that bad manager, the connection was never made.”

What he later found out was that Houston OG had been attempting to track him down. He caught up with him eventually, and they connected to record a remix of the song.

As Flip himself explains, he knew instantly that this would be more than just a guest verse.

Carter packed his bags and headed to Texas, where he’s been livening/working ever since. “He brought me down to Texas and opened my eyes to a whole new lifestyle, introducing me to other Houston artists like Slim Thug and Paul Wall … helping to bring my career to the next level independently,” he says. “It’s still surreal to me, considering I grew up listening to his music.”

He adds, “Flip has really been like a mentor to me, a big brother of sorts, so I’ve had the pleasure of learning a great deal from him. One of the main things I’ve learned is how to move independently and turn yourself into a business.”

It’s good business that has kept Flip — dubbed the “The Freestyle King” by the late DJ Screw early in his career — relevant and focused, 19 years removed from his debut project The Leprechaun. He’s quick to clarify: “I do GREAT business. I don’t do good business, there is a difference.”

This is something Carter learned first hand, admitting he was initially taken aback but how big his brand still was in Texas, experiencing the power of longevity first hand.

“Many people believe that Flip or other legends are not doing anything or are ‘broke’ because they aren’t all over the news and in the direct mainstream spotlight, and I can now personally attest to how wrong that assumption is.”

With an official video for the remix of Propane about to drop, and their tour (which kicked off March 29 in San Angelo, Texas) underway, Flip is hoping his brand will help give EJ the push he needs. “I want this project to showcase what I think the world should know: EJ Carter can rap, sing, and make beats with the best.”

#LACLOVERNOSTRA Album Dropping on St. Patrick's Day!!! March 17th! – FUN FACTS: 1. This album will include a song off me and @lilflip713 upcoming joint album "H Town to Pi Town" !!! 2. This album will also include features from 2 Chainz, 8 Ball & MJG, Jim Jones, Big Shasta and more! 3. 98% of this album was mixed and engineered by MYSELF!!! I had the pleasure of mixing ALL of the songs and being the head engineer for the entire project! PI TOWN SOUND, LLC WE IN THE BUILDING! π🙏🏿👁 GET READY!

Beyond the collaborative project, Flip doubled down on his commitment, allowing Carter to executively produce his most recent album, La Clover Nostra. When asked what has kept him motivated, approaching the 20-year anniversary of his debut and going into his 13th solo album, he points to a love of creating.

“I would do this whether I got paid for it or not, so I’m just motivated by creating great music,” Flip says.

EJ Carter and Lil Flip’s H Town to Pi Town will be available come May 3.