Review: Rich The Kid Avoids Sophomore Slumpin' On "The World Is Yours 2" 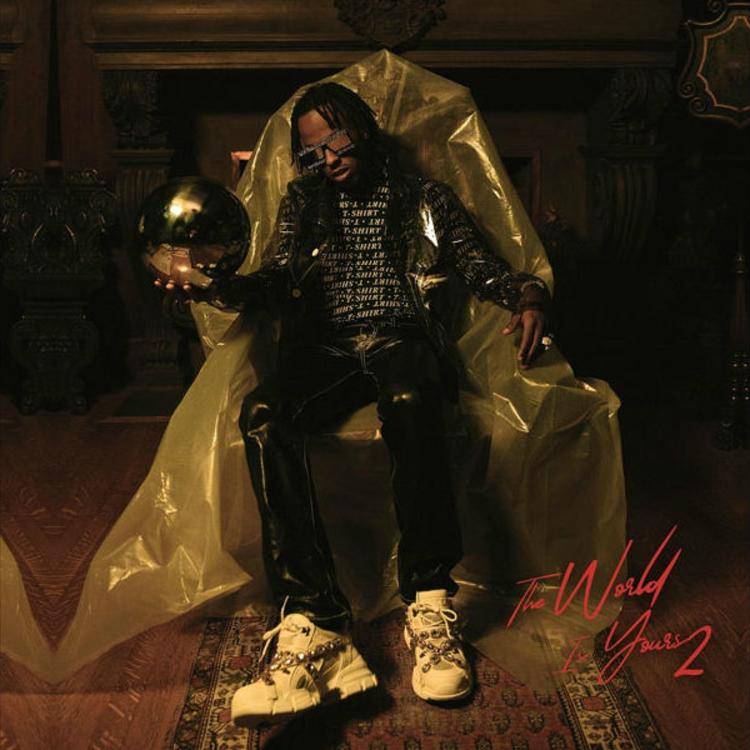 Rich The Kid’s The World Is Yours 2 seems all-too-pleased to break the Catherine wheel of the “sophomore slump” trope that’s been ever-prevalent in the music business since time immemorial. The young superstar prefers to remain focused on doing what he does best: straight-ahead, no-bullshit, genre-defying Hip Hop that’s also pleasantly aware of its history (Rich The Kid promoted the midnight release of the album by tweeting out a lyric of The Notorious B.I.G.’s “Juicy”) while not falling into the trap of clout-chasing.

The Queens native — whose musical origins are rooted in the Atlanta sound, as he’d moved to the city when he was a teenager — takes the best of both these worlds with him into the studio: the strong lyricism of the New York rap scene against the guttural “Dirty South” sounds that Atlanta made famous. And while this combination, in the wrong hands, can sound too try-hard or just, frankly, ridiculous, the success of Rich The Kid’s “Splashin'” single from TWIY2 proves that the kid’s got his method down pat.

From the cover art, to the first single, to the first track, we see that Rich The Kid is in a different mindset than the one he had on his debut album. The first time, he chose bright colors and open air-spaces, and that imagery coupled with Hip Hop’s boilerplate braggadocio produced a critically acclaimed, Kendrick Lamar-co-signed album.

This time around, he opts for darker imagery — closed in spaces, monochromatic colors, a throne covered with plastic as he sits shiva behind his dark sunglasses — and lyrics that betray his somewhat older, but infinitely wiser, frame of mind. After all the BS he’s been through, he’s earned the right to take a breather and reflect — both in life and on wax.

To be fair, it’s an artist’s divine right to pillage his own life for inspiration. Some of the best music — and other forms of artistry — have come from troubled souls in toxic circumstances.

Take, for example, “Racks Out,” the fourteenth track on the album, where he raps, “I got a check to spend/Ain’t gotta flex, I win/I said the Maybach a Benz/You cappin’, them racks is in/Fuck a handout, I was trappin’ ’til the lights out/The right route, now I’m rich, I brought the ice out.”

On the surface, this rhyme is the standard “fuck bitches, get money” trope of Hip Hop. Who better, really, than Rich The Kid to talk about that sort of thing, given his wife/ex-wife drama and his subsequent baby mama/wannabe baby mama drama?

In the same breath, Rich The Kid makes it clear that he’s not trying to be a rapper just for the sake of being a rapper, and neither is he spending money just because he’s got it to spend. This is a man that worked hard for his success, and he doesn’t need to do all that extra shit just to show the world that he’s got talent. He doesn’t go “all out” on his getting money claims, which can teeter on the precipice of parody in the wrong hands.

Because of that point/counterpoint, “Racks Out” is one of the album’s standout tracks.

Another winner is “Like Mike,” a track where Rich goes psychotic on bars like “I blow them racks when I’m pissed off/Pull out the Wraith, drop the top off/You niggas is softer than cotton/Back up ’cause my diamonds be boxing/Rich Forever getting to the cheddar now/I bought me a Maybach to ride around/I’m flexing, they pulling the cameras out/They asking me, ‘What’s all the talk about?'”

That lyric, alone, makes special guest star’s A Boogie With A Hoodie’s callback of “turn a nigga whole afro to a mohawk, ayy/And I’m making mad money, no lie/In the big body, but it’s fast like the go-kart, ayy/They be so mad when I pull up/Put your girlfriend in the back of the tour bus ayy/I ain’t got time for a hoe now/Put my dick in her tonsil, make her throw up” sound redundant.

In a few areas, however, the album falls short of amazing (mostly in the arena of production values and special guest stars; Big Sean’s lazy sixteen bars warrants “Two Cups” to be in the trash where it belongs), and doesn’t quite achieve modern classic status.

Still, Rich The Kid has done a fine enough job with his second album, and he’s successfully set the stage for a career that could be long, fruitful, and ultimately well-respected.

He will, however, have to stop chasing ghosts to achieve modern classic status.