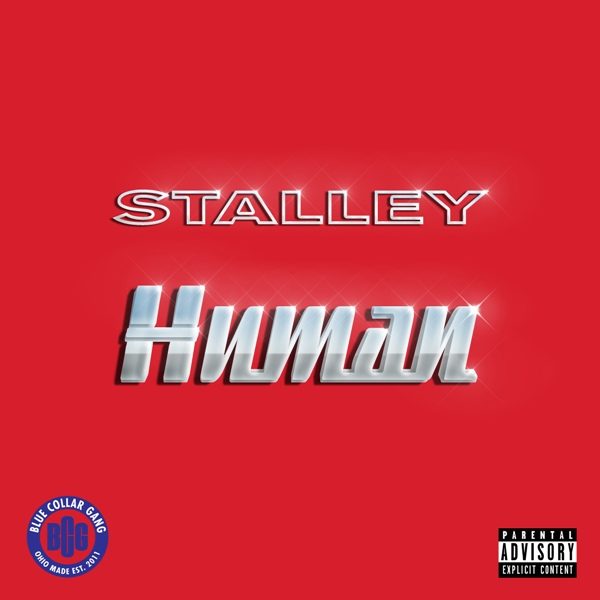 After leaving Maybach Music Group, Stalley made a bold entrance into the independent circuit with his Tell the Truth: Shame The Devil trilogy of EPs. Though not necessarily a commercial breakout, the trilogy was critically well-received and had features from high-profile artists like Migos and Young Scooter. On his new EP Human, the Ohio artist successfully expands his sonic palette through exploring warm, soulful textures and introspective topics.

Things kick off strong with “Options,” an energetic track featuring J.Black and up-and-coming rapper Pregnant Boy (formerly known as Go Dreamer). Pointguard’s beat has an enticingly retro funk, lending the song some swagger. “Options” also boasts one of Human’s catchier moments with the hook — “which car am I going to drive today?” — slowly building into an ear-worm.

While Tell the Truth was scant on guests, Human is much more of a collaborative effort with every song on the EP featuring Pregnant Boy. Although there are plenty of moments of genuine chemistry between the two artists, Pregnant Boy occasionally can’t match the craft of Stalley’s lyricism. For example, the nonchalant track “I Don’t See” is weakened by the “Fun House” artist’s off-key chorus. However, the former MMG member thrives on the verses as he delves into heavier topics. In the opening verse, he opens up about his upbringing: “A product of the struggle single-mother family/ The way I live my life is enough to win a Grammy/ Good dude from a bad block full of have-nots where reaching success was like seeing Sasquatch.”

The overarching theme of the EP is the range of Human emotions. This complex concept lends itself to Stalley’s dexterity. The titular track is a highlight with Stalley spitting contemplative verses over a relaxed, jazzy beat in between the “WAVE” rapper softly singing the chorus. On “Frequency Energy,” the artist explores a more sensual, psychedelic vibe. The trippy intro bleeds into a soulful track about seduction and lust. Though the track verges on kitschy, it’s anchored by the textured production and range of Stalley’s delivery. The Ohio rapper jumps from slowly accentuating words to rapping with candor and speed, ensuring that there’s never a dull moment. He explores the spirituality of sex in poetic bars: “It’s love over war/ It’s peace over pain/ It’s nothing but comfort/ When bodies collide, our souls tangle.” Following “Frequency Energy,” the EP closes out with“The Trip” — a solid throwback track.

A few years after making a decision that many would regard as career suicide, Stalley continues to flex his creative freedom and has embraced a more eclectic production. Human has its rough edges and sometimes meanders. But it ultimately demonstrates that there’s a virtue in taking risks as long as one upholds a high level of craft.