Review: The Alchemist Cooks Up Heat With "Bread" EP 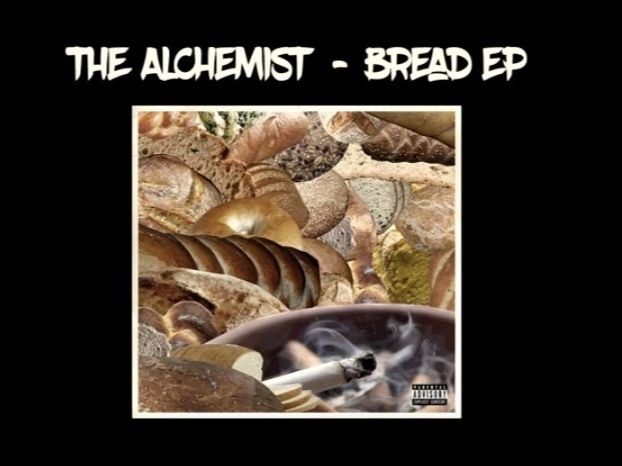 Is The Alchemist this Hip Hop generation’s equivalent to Bob James? It’s a fair question if you check Al’s 25-year resume, his collaborative singles and releases in 2018 including his exceptional EPs Lunch Meat, Fetti, and ultimately Bread.

Since his emergence in 1993 with short-lived duo Whooliganz under the Soul Assassins crew, Al’s innovative soundscapes (i.e. Jadakiss’ “We Gonna Make It,” Prodigy’s “Hold You Down,” Action Bronson’s “The Symbol”) parallel the fusion jazz impresario’s transcendent musical passages that are embedded in the art of sampling. Both of the composers’ soundscapes make noteworthy checkpoints in their collaborations with elite artists while bolstering their respective genre’s evolution and maintaining its fundamentalism.

The simplistic Bread title suggests The Alchemist baking eight fulfilling tracks for a lean span of just 26 minutes. The first half of the four contain his formula of soulful rhythms, relaxed to booming low-end jazzy bass riffs, punchy snares and feathery melodic samples. The final four are instrumentals of those preceding four tracks that serve as a dessert for Hip Hop traditionalists enthused by crate digging research and freestyle rapping.

Intelligent to hardcore lyricism underscored by progressive beats is the premise for this project like the rest of Alchemist’s work, which rarely disappoints.

The experimental interludes and beat transitions make the mixing as just as vibrant as the featured verses from the MCs. Black Thought and Roc Marciano provide an early knockout blow on the second track “Roman Candles” as the uptempo five-drum note sample leads into blaring horns and thumping bassline that sound as symphonic as the Vince Guaraldi Trio.

“In Dior slippers, can’t get caught slippin’/’cause when it’s on a click it be like “shoulda worn the Pippen’s/Rock the bucket like I’m fishin’, who dissin’ might come up missin” Roc raps. Black Thought steps up and bodies the track with the best verse on the EP including lyrics about hometown of Philly and references to the Eddie Murphy classic Trading Places, “The city of brotherly’s an iron-clad fortress/I’m at the orchestra, focus like Randolph and Mortimer/Talk in broken language like a foreigner.”

The third track “Mac 10 Wounds” has a moody downswing, guitar lick, and spatial drum kick that Conway returns and gets into horrorcore mode with a verse that echoes Brotha Lynch Hung. The beat switches midway through the track to some three chiming piano keys fused with boom-bap for Conway to finish the track and sounds like MF DOOM could enter the booth at any moment. But Conway’s gory raps tend to extend longer than necessary as he already proved on the first track.

Project closer “E. Coli” evokes a 60s soap opera’s overture with its celestial violin strings and airy vocal sample over which Earl Sweatshirt brings his laconic delivery, nonlinear rhyme patterns and absurdist humor. “My heart like my pen when I jot and it bleed/My cart full of sin, when I shop it’s a spree/I got some new leaves” and “I wasn’t born, mama snatched me off the motherfucking stork on a Friday/Say that shit to my face.”

The Bread EP stages The Alchemist’s as one of the top producers in 2018 with Southside, Daringer, Zaytoven, Mike Dean and Murda Beatz. Each cover various corners of the spectrum for beat production. But The Alchemist’s recurring food theme continues to keep his peers and fans to stay hungry anticipating what has yet to his kitchen from his à la carte menu.