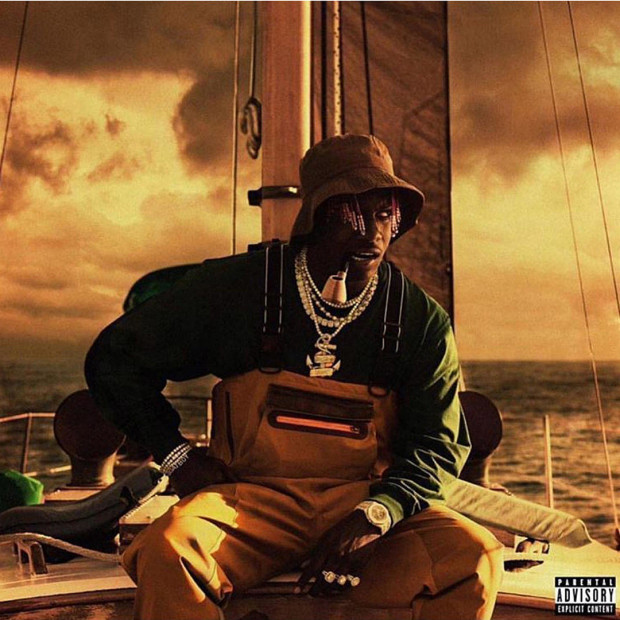 It’s a good thing Lil Yachty feels he doesn’t have to meet anyone’s approval rating because his latest album likely won’t set anyone’s bar standard. At its best moments, his third studio album in Nuthin’ 2 Prove is moderately enjoyable; inoffensively sliding into upbeat trap playlists without ruining the energy. Far too often, however, the album is bogged down by a lack of charisma and painfully bland hooks, showcasing an artist who has seemingly reached the limits of his creativity and has nowhere else to turn.

Let’s start with the positives: the cover art itself is simply gorgeous. Keeping with the nautical theme that connects many of Yachty’s covers, the redhaired rapper peers across the sea from atop his boat, the entire scene treated with a golden lighting that gives off a regal, imposing atmosphere. Coupled with a strong showing on the intro track “Gimmie My Respect,” he sets himself up for success with a solid first impression, although it doesn’t take long before it’s clear the rest of the album won’t achieve any hype.

As adamantly as he demands respect on the intro, it’s Valee who’s owed praise after the hypocritical way Yachty steals his breathless flow on “We Outta Here,” even borrowing his go-to producer in ChaseTheMoney to fully complete the heist. Elsewhere, “Riley From The Boondocks” is a late candidate for this year’s Biggest Waste of a Title Award, with references to the reckless TV character restrained to a whimpering simile on the chorus: “Moonwalk, beat like a boom box / With the shits, like I’m Riley from the Boondocks.”

On the first half of Nuthin’ 2 Prove, Yachty’s vocal performance leaves much to be desired. Even while boasting his status and talent, he sounds disinterested and disengaged, adding little to the soundscape to keep the listeners tied to the speakers. On “I’m The Mac,” his droning chorus does little to convince us that he actually is as such, limping to the finish line with diminished energy and an uninspired “verse.”

Thus, it’s unsurprising that Yachty is often outshined by the parade of features that appear on Nuthin’ 2 Prove. Young Nudy’s verse on the aforementioned “We Outta Here!” is worthy of recognition, changing the energy with a rousing verse that makes you wish the song belonged entirely to him. On the more melodic second half, Trippie Redd impresses on “Forever World” with an impassioned chorus over a soulful cut-up of Faith Evans’ “Soon as I Get Home,” but Yachty’s dreary Auto-Tuned verses stop all momentum as soon as it starts. Elsewhere, Kevin Gates, Cardi B, Offset and Playboi Carti all appear on the tracklist, and each artist thoroughly tramples over Yachty’s contributions, adding brief moments of liveliness before the host returns to self-sabotage his own party.

By Quality Control’s standards, Nuthin’ 2 Prove is a brisk listen-through as it clocks in at just over 45 minutes, but it certainly feels as bloated as recent projects from Migos and Quavo’s solo album. As disappointingly redundant as it is when placed next to his earlier works, it’s fair to wonder if he has any more room to grow in his career, or if he’s content to plateau into mediocrity almost as quickly as he shot into mainstream recognition.

Hopefully, he’ll go back to the drawing board in search of new ideas before returning with a follow-up project, but if not, his days of music relevance just may be coming to a close.