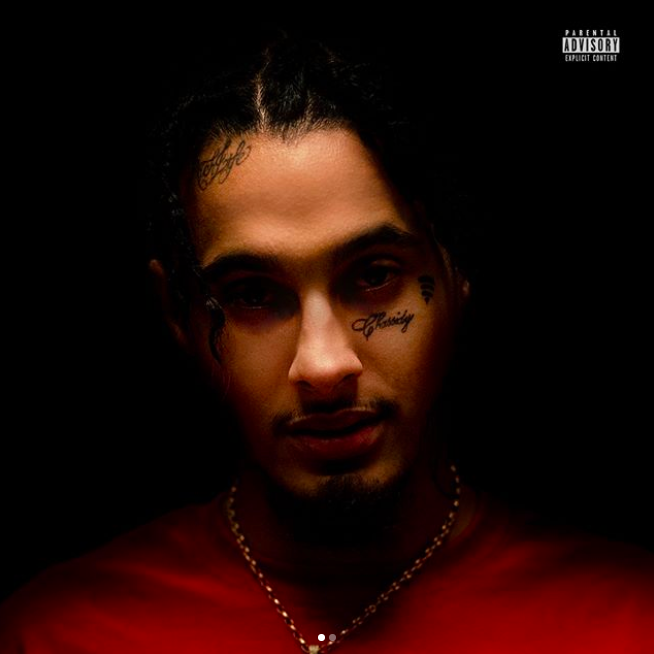 After a successful 2017 campaign where a deal was inked with Interscope Records and two mixtapes were released, wifisfuneral moved into 2018 looking to continue in that momentum. Things seem to be going as planned and after months of teasing fans the buzzing Florida finally dropped off his latest project Ethernet Vol. 1.

Ethernet in many ways serves as the continuation of his previous albumixtape Boy Who Cried Wolf, continuing in the themes of drug abuse, paranoia and his innermost versions of introspection. In his best moments, wifi’s conviction and vivid recollection of his past struggles shine through, specifically on records like “Loading Withdrawals” and “IMVU.” Over a dark, metronome-feeding instrumental he proclaims on the latter, “Don’t love myself, don’t trust myself/Don’t judge myself, drugs make me melt.”

Wifi tapped into a handful features from enigmatic contemporaries such as Jay Critch, Lil Skies, and Ybn Nahmir to assist with diversity this go around. Nahmir’s guest spot takes the crown, as the project closes out in compelling fashion with “Juveniles,” a record inspired by Juvenile’s classic “Back That Azz Up.” The two up-and-comers trade verses on a record that could definitely gain traction in the club realm from the generation not old enough to have “dropped it like it’s hot.”

From a technical sense, the skills are there for Wifi as he jumps in and out of flows effortlessly and shows glimpses of being a pretty good writer, but the constant drug content becomes repetitive. Despite having life-altering experiences in the occult (he’s been open about a close friend’s suicide in the past) the emo themes still keep his talents gelled in today’s infinity rapper pool. His mortal content on “Genesis” sums up a good majority of the tape where he raps, “Ayy, woke up, shit, like fuck today, I might sip the syrup straight/Drownin’ my emotions in abyss, like shit, that’s e’ryday.” It’s evident that at 21-years-old, he’s found his pocket comfort zone — while lowering his artistic ceiling in the process. This most refreshing moment of the album comes on track nine “Been To Hell & Back” where a fluid rapid-fire flow and undeniable delivery showcases his ability to really rap. Headphone listeners will be simply left yearning for more.

To summarize, Ethernet Vol. 1 is a 12-track project from a young artist who is content with riding the culture’s current wave instead of plugging his own DNA into the equation. The issue in this is that the content lacks depth, making the music monotonous and overshadowing to his true skillset as an artist. Wifi does not take a step back with this project, but the expected progression you’d want to see from an artist of his potential isn’t there.