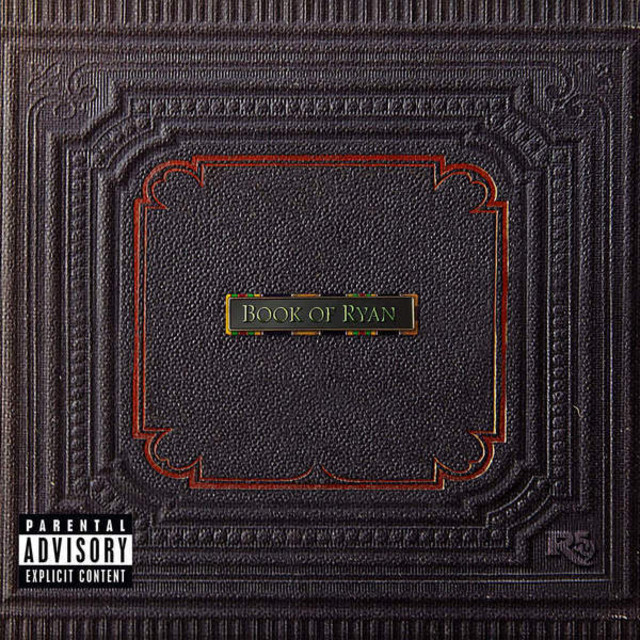 In today’s social media-heavy rap landscape, autobiographical rhymes are virtually a requirement for lyricists. Kendrick Lamar gave listeners a peek into his teenage days in Compton, and J. Cole’s fans saw him ascend from shopping his demo outside of JAY-Z’s offices up being signed to Roc Nation. But previously, it was generally enough to rap very well — and Royce Da 5’9 has been able to survive multiple false starts in the industry because of it.

But aside from exceptions like 2009’s solemn “Shake This,” Royce has relied more on his wordplay wizardry and his conceptual prowess than on opening up about his life and his views on the world. So when his son asks “Who Are You?” on a skit from his new solo album Book Of Ryan, many of his longtime fans may have the same question. His last LP Layers (2016) began to incrementally give listeners access to him, but this new endeavor completely takes the plunge.

On the first single, the breezy J. Cole-assisted “Boblo Boat,” Royce fondly remembers childhood trips to the Boblo Island Amusement Park outside of Detroit, sharing tidbits of him losing his virginity and his grandmother catching his grandfather cheating. But at the end of the song’s first verse, he ominously speaks about he and his older brother Greg’s future of alcoholism. The bottle has been a big part of Royce’s life: he spent a year in jail after a third strike for drunk driving, and he drank up to a liter of Patron daily before his friend and fellow ex-addict Eminem helped him kick the habit six years ago.

But drug abuse runs in his blood. On “Cocaine,” Royce reveals his father’s addiction and questions whether he’s to blame for Royce’s struggles with alcohol. “Power” depicts his dad leaving his mother with a bloody nose and punching out an inebriated Greg, with the neighborhood glaring as cops took him out the house in handcuffs. But instead of taking on the resentful tone of a song like Eminem’s “Cleaning Out My Closet,” Royce uses these songs to show appreciation for his father overcoming addiction to save his relationship with his family. “My father chose me over cocaine,” he croons. Familial demons continue with “Protecting Ryan,” a skit that shows Greg stewing with resentment in prison after taking a neighborhood fight too far under the guise of keeping his brother safe. “Strong Friend” relights Royce’s conceptual flame, as he imagines his fears and anxiety pushing him to suicide, and gives a heartfelt salute to musicians whose mental health got the best of them.

Royce’s personal songs are made more potent by restraint and discretion: “Power,” “Cocaine” and “Protecting Ryan” aren’t dazzling displays of lyricism, but he tackles every inch of the toolbox to tell the story. “Cocaine” and “Power” are both driven by mournful melodies, while the latter uses conversational raps that occasionally don’t rhyme. “Protecting Ryan” has Royce narrating without lyrics at all, painting the picture with sound effects and voice changes. Too much overt technique could have stripped these songs of their emotions, but Royce keeps the feelings palpable. Elsewhere, Royce still continues the A+ bar work that earned him his stripes, locking in with Eminem on the dizzying “Caterpillar” and verbally sparring with Fabolous, Jadakiss and Pusha T on “Summer On Lock.”

The emotiveness is also strengthened by a musicality that exceeds all of his other works. Royce enlists respected musicians like executive producer Mr. Porter, KeY Wane, DJ Khalil and S1 to craft a mix of melody, broodiness and thump while adding Robert Glasper, Marsha Ambrosius and even a surprising T-Pain appearance to harmonies that keep it easy on the ears. Still, the few missteps here are more musical than lyrical: “Legendary” is plagued by cheesy synths, and the chorus on “Summer On Lock” aims to appease to clubs while the song is a posse cut.

Book Of Ryan continues a four-year, six-album streak of top-tier lyricism, with noted personal and artistic growth in the process. His 2018 output will not only earn him noted respect as one of the best lyricists of the year but in rap as a whole. “I woke up this morning and decided there’s no such thing as being in my prime,” Royce asserts on the intro.], “You go ahead and be in yours, I can always improve.”