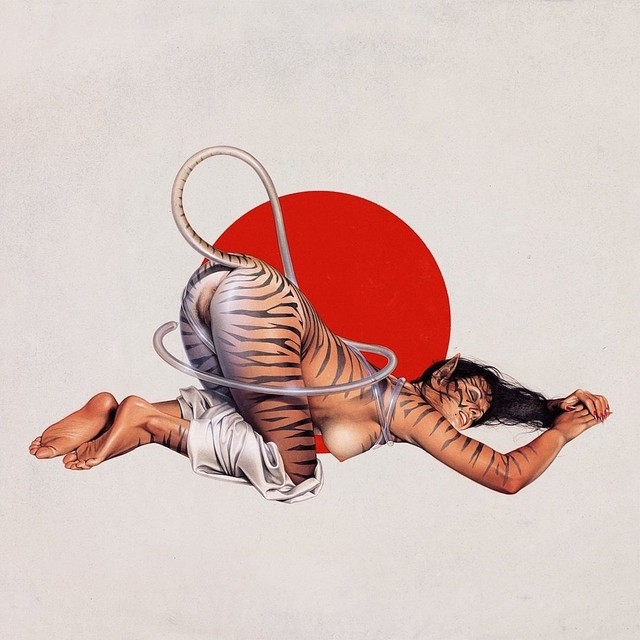 Its 2018 and Tyga still can’t catch a break. Even though the consistently clowned Cali rapper is Kardashian clan-free these days, he still gets happily thrown into the Internet’s crosshairs for just about anything.

This time around it was for having an oddly provocative animated cat/woman hybrid grace the cover of his sixth studio album, Kyoto. The cover (designed by Japanese artist Hajime Sorayama) not only encourages a furry-porn lifestyle but the whole concept rips a page straight from Kanye’s My Beautiful Dark Twisted Fantasy playbook. A controversial cover designed by a high-class artist and “true emotions” put on wax after a breakup is exactly what Ye included on his 2010 masterpiece. Tyga’s Kyoto however, is far from a masterpiece and might very well be his most empty project to date.

The only nods of approval come courtesy of catchy choruses and hoppy beats and the gall to create a “singing” album. His past projects were laser-focused on flex raps and some mildly gaudy storytelling but Kyoto is a gushy love album where 95% of the vocals are rudimentary Auto-Tuned singing. His fearlessness is commended but on the scale of experiment albums, Kyoto is much closer in quality to Lil Wayne’s forgettable Rebirth album than to Kanye’s striking 808s & Heartbreak.

“Temperature” delivers another one of the increasingly popular Caribbean steel-pan beats courtesy of LTTB. T-Raww matches the beat’s groove with a simple “Yeah I know when you’re outside, I could feel the temperature rise” summer inspired chorus but then ruins it with laughable lines like “Baby girl, you’re never that mine/I lost my watch and I still found time.” A similar formula appears on “I Need a Girl Pt. 3” (SMH!) where CashMoneyAP serves up some slow trap instrumentation but then Tyga forces the pause button when he raps “She coming to see me like I’m going on tour.”

Of course, Tyga isn’t trying to be a lyrical miracle on this project but he doesn’t make up for the poor writing on the production end. In fact, the production sounds like Tyga went on YouTube and typed in “Smooth Hard Lit Rap Hip Hop Freestyle Trap Type Beat” and picked the best dozen.

To be blunt: Tyga needs to get back to fulfilling his remaining listeners’ need for bars, beats or distinctiveness, and tap into whatever magic he possessed when he made hits like “Rack City” and “Faded.”