Review: Brockhampton's “Saturation III” Is Their Strongest Project Yet 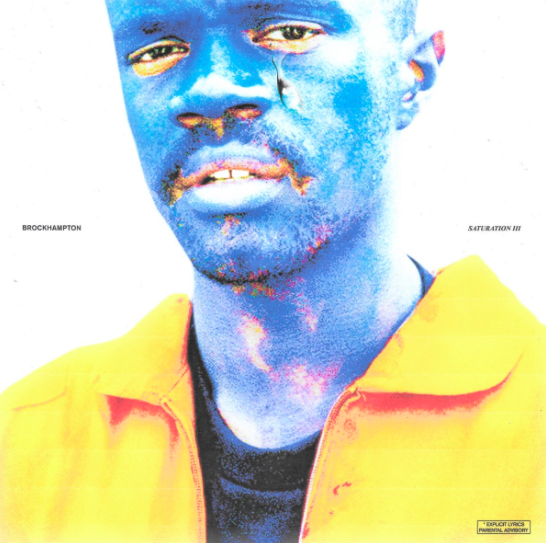 Brockhampton, the self-proclaimed “all American Boy Band,” continue their insanely active 2017 campaign by dropping the third installment of the Saturation series. The idea of an artist dropping three projects in the span of seven months immediately would make you question the quality of the releases, but the group’s trajectory has been trending upward since the release of the first Saturation back in May. Luckily for fans and followers, this trilogy-closing album doubles as the best album in the series and their strongest release to date.

The lead single “Boogie” appropriately serves as the intro to the project, setting the tone for an album that sonically fuses a handful of different styles. “Boogie’s” energetic hook instantly establishes the group’s message of inspiration. The Central Texas-bred group’s founder Kevin Abstract proclaims: “I’ve been beat up my whole life/I’ve been shot down, kicked out twice/Ain’t no stoppin’ me tonight/I’ma get all the things I like.”

Brockhampton’s earlier works, although impressive, lacked the kind of cohesion to hold attention span down for its duration. Such an issue comes as no surprise, being that they are a 15-person collective. There are still moments where musically they seem to be a bit disorganized, but to a much lesser extent in comparison to their past releases. This is exemplified on “Johnny,” a catchy tune where the MC’s show off their penmanship and chemistry by seamlessly transitioning from one verse to the next and picking up topics the last member alley-ooped.

Stories of personal setbacks and introspection on records like “Liquid” and “Bleach” effectively highlight a recurring major strength for the collective: relatability. On “Liquid,” peep how Dom McLennon unearths tales of poverty with runs like, “Watch my uncles duck indictments/I’m used to ramen noodles/Victims of mental illness/Products of neighborhoods with broken souls and wounded spirits.”

From song to song, it is nearly impossible to anticipate the style of the next record. You go from early 2000’s pop to hard-hitting rap to R&B to whatever eclectic style the group is feeling. That’s one of the beauties of Brockhampton’s music. The versatility of the group’s musical style shines for most of the project, but there are moments where the content gets a tad watered down.

Lyrically there is a bit left to be desired, along with there being stretches where the artist’s flows and cadences become repetitive, but these infrequent shortcomings are not blatant enough to severely impede the flow of the album. The production is handled in the majority by Romil Hemnani, who experiments with electro-funk, jazz and traditional Hip Hop elements that make for a captivating listen throughout.

The work and musical experiments Brockhampton has proven to be a successful one. Tradition means nothing to a project like Saturation III, as constant themes of vulnerability poverty, violence, sexuality gives listeners nothing but honest perspectives.