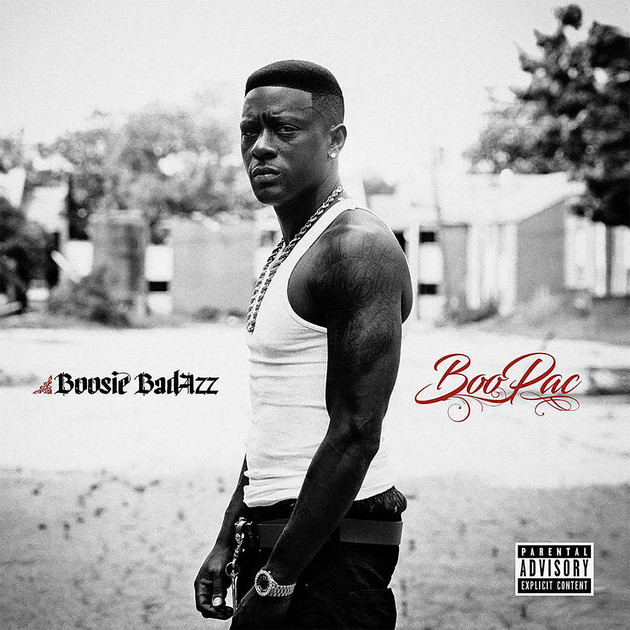 Boosie Badazz returned from prison to much fanfare in 2014. Already the best-known rapper from Baton Rouge, Louisiana, it seemed like his post-prison run would lead to bigger stardom. Instead, the attention subsided and Boosie settled back into making music for his core fan base.

That reality is why releasing a double album isn’t a crazy move for Boosie. Its title, BooPac, made some waves for being the thousandth rapper to compare himself to 2Pac, but this project is designed for diehard fans. It’s for the people who actually do view him as their personal Makaveli the Don.

While many of these listeners surely appreciate getting so much music from Boosie, it’s still too much. Few double albums, particularly in Hip Hop, have been justified, and this is yet another that’s longer than it needs to be. There’s lots of quality music – the stripped-down “I Hope You Make It” is the most inspiring song of his entire career — but redundancy is an issue. His hard knock life plays out on wax for 90 minutes when the material probably warrants an hour at most.

That said, there’s a lot to like on BooPac. “I’m That Nigga Now” is reminiscent of Masta Ace’s “Born To Roll” with its booming bass as Boosie declares himself a legend. The Big B produced “Get Ya Mind Right” is a nice throwback to Baton Rouge’s jig music era. The opener, “Don Dada,” showcases two of his Bad Azz Music Syndicate artists, Lee Banks and B. Will, though Boosie’s verse reminds anyone why he’s the organization’s top dog. The closer, “Trust Nobody,” parallels 2Pac’s patented paranoia but there’s sadness in hearing Boosie speak about his inability to even trust family due to the deceit he’s dealt with over the years.

Much like his previous releases, Boosie’s finest work on BooPac explores his psyche and hardened ways from growing up in the rough streets of Baton Rouge. The funky twang and gentle keys of “My Pain Run Deep” allow him to revisit the death he’s witnessed and his own dire circumstances. There’s a fitting callback to his classic “Goin Thru Some Thangs” on the cut. Reflections on his relationships with his mother and longtime partner-in-rhymer Webbie provide keen insight into the respective dynamics. He also aims to provide context and nuance he’s normally not afforded. “You Know Me Like That” addresses his more controversial comments and what he believes are misconceived perceptions. He even admits to not wanting kids looking up to him on “Wrong Role Models,” realizing he admired the wrong people at a young age.

There are some distinct clunkers though. “Liar” is cringe-worthy with its “liar, liar, pants on fire” hook. There’s also a sequence near the end the first half with generic production and uncharacteristically egotistical bars, a jarring juxtaposition to much of the other content. And Boosie’s inclusion of Yung Bleu on disc two is a critical mistake, producing two of the most forgettable songs in his extensive discography.

BooPac could easily be one of Boosie’s best releases if he trimmed the fat. Instead of creating a body of work that should be championed as must-hear for Boosie’s doubters or newcomers, BooPac will simply have to settle for being another good option for those who already appreciate him.