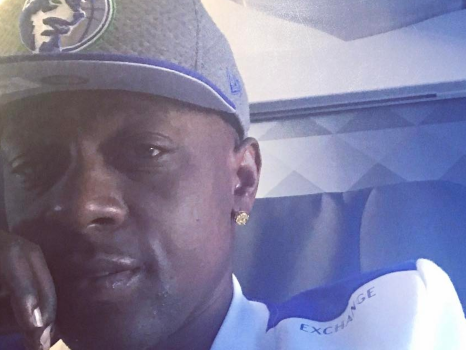 Boosie Badazz Not A Fan Of Disney's 1st Gay Kiss

The Gram – Disney made headlines this week for two instances where they brought homosexuality to the forefront of their media.

In the upcoming live-action adaptation of Beauty and the Beast, the lead antagonist Gaston’s sidekick, LeFou (played by Josh Gad) is being officially billed as “Disney’s first openly gay character.”

As that bold move was being met with praise and backlash, the Disney XD children’s cartoon, Star vs. the Forces of Evil, featured an episode titled “Just Friends.” The show included a montage of couples kissing during a live concert that included both male on male and female on female lip-locking action. The animated equality segment is adjacently being billed as “Disney’s first gay kiss.”

A gesture that’s not sitting well with Boosie Badazz.

In a deleted Instagram post (saved by VladTV), Boosie captioned the screenshot of two cartoon male lovers with, “This is why I don’t want my kids watching these fucking cartoon shows smh.”

The Louisiana rap legend has been quite vocal about his disdain for homosexuality being displayed on television, especially for his children to witness. In November 2015, he blasted top-rated programs, Love & Hip Hop and Empire for prominently featuring openly gay characters and went the extra mile in a sitdown with Vlad on the subject in July 2016.

“They trying to make everybody fuckin’ gay,” he proclaimed, as he later made the point he had “nothing against” the gay community. “That’s what I think. They’re putting it on our culture. They’re putting it everywhere. Gay stuff is everywhere. And I think they just trying to do it to make a monetary gain. They’re not doing it for the gays. They’re not really fans of the gays. They’re doing it for monetary gain, man. They trying to make money off these people, man. You got cartoons that have gays. On cartoons. Like these are kids. Let kids make they own decision if they wanna go that way…You’re forcing them to be gay.”

Watch the controversial Star vs. the Forces of Evil clip down below as well as the Boosie VladTV interview where he railed against “the gay agenda.”