Review: Tech N9ne's "Dominion" Is Too Much Of An O.K. Thing 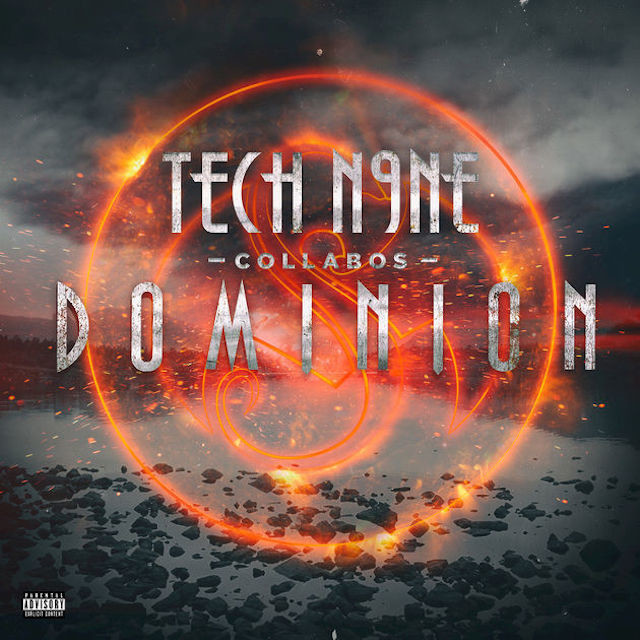 Tech N9ne is one of the most remarkable independent success stories in Hip Hop. The Strange Music member achieved a mass of fans, dubbed “Technicians,” through years of grinding. Two of his last three albums debuted at No. 4 on the Billboard 200 chart. So naturally, Tech Nina has some celebrating to do, and he titled his most recent effort Dominion — the sixth in his “Collabos” series — to put a stamp on his success and highlight his future aspirations. Unfortunately, a lack of focus keeps this album from living up to its title.

Tech has followed a formula over the years. Many of his albums are 20 tracks or more and carry a free-for-all feel that includes loads of features and disconnected topics. Technicians love this, and as it has brought Tech his aforementioned success, one can see why he would stick with his shtick. However, Dominion has a been-there, done-that feel. Many of the cuts employ impressive rhyme schemes, but we’ve heard Tech’s rapid-fire flow over dark production so many times over the years. This album, with its victory-lap sentiments, was a chance for him to step outside of his comfort zone. Instead, much of the album are songs of his signature ilk that don’t offer much variation from his abnormal norm. For instance, “Casket Music” features stellar lyricism over musically enticing production, but Tech spitting aggressively has been become his calling card to the point it should be sold at Hallmark. If familiarity doesn’t breed contempt here, it certainly attracts dust.

Poor sequencing and its length don’t help matters, either. The interview skits on which Tech reflects on his career are captivating but don’t reappear after the introduction until midway through on track 16. At 24 tracks, there is far too much filler for the album to stay captivating throughout. Songs like the unnecessary “Take You Down” and the hard-rock ear-sore that is “Jesus and a Pill” are even less enjoyable coming in at the album’s close.

An album like Dominion would have been better served by a more structured approach that included a tighter focus on reflection. There are moments that tie in with the theme, most notably “Salute.” The song’s bouncy feel, energetic horns and Tech’s assertions that this is only the beginning will make listeners want to jump out of their seats. By contrast, “Angels in the Playground,” serves as a touching tribute to Tech’s mother. “‘Cause when mama chose the cloud to flee/That night I saw the moon smile at me/At first I thought ‘I’m going crazy,’/Then that smile got bigger and I felt that pretty lady,” he rhymes with a calm, almost eerie passion.

With 18 full-length LPs under his belt, Dominion may not ranks amongst the top of the stack but is by no means a terrible album. Many of the songs are strong and most of the guests provide solid turns; including labelmates Krizz Kaliko (on multiple cuts) and Brotha Lynch Hung on “Bacon.” However, like many instances on the “Collabos” projects, there are times Tech becomes a spectator at his own party. Therein lies the recurring weakness in Dominion: an album that should have asserted its composer’s superiority is plagued by a lack of direction.