Review: Tech N9ne's 33-Track "The Storm" Is Challenging To Weather 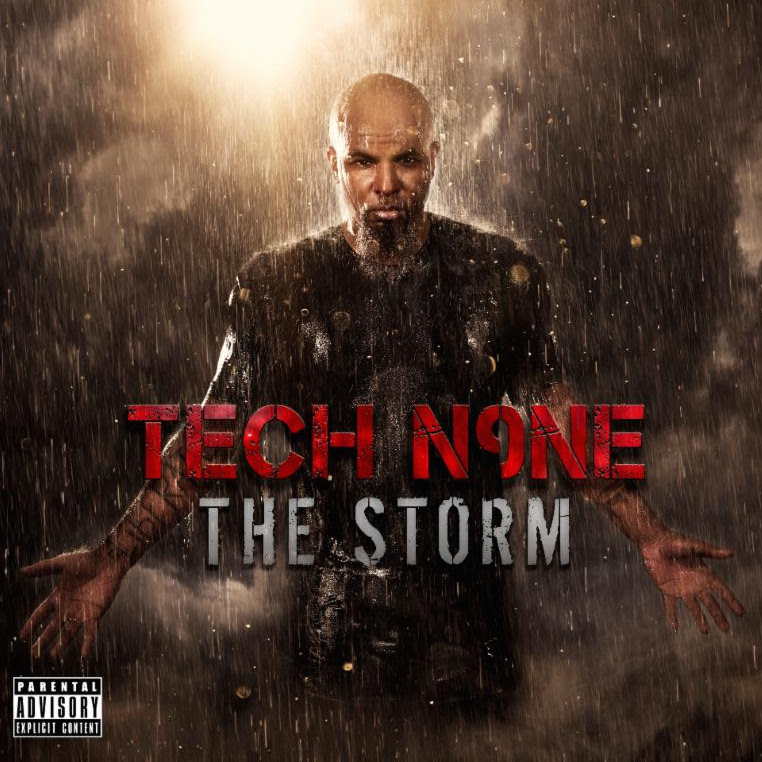 It’s no secret Kansas City rap titan Tech N9ne is an independent music kingpin, one who has tirelessly built his Strange Music Inc. imprint from the ground up and done it in a way that protects the integrity of the music he wants to make. Simply stated — he’s always been in charge of his own destiny. A little over a year from releasing his Strangeulation Vol. II project, Tecca Nina rolls through with The Storm, a monster hurricane of a project boasting an unbelievable 33 tracks (with 20 of them relegated to a bonus disc). However, despite that exhaustive number, there’s a twist. The album is broken into three parts intended to represent the three sides of Tech’s personality.

Beginning with the “Kingdom” category, which is meant to signify his narcissistic side, songs like the radio friendly “Erbody But Me” with Bizzy and longtime collaborator Krizz Kaliko, the oddly intriguing “Get Off Me,” and the Logic-assisted “Sriracha” throw up the middle finger to anyone looking in his direction, and easily captures the cockiness he set out to emanate.

The “Clown Town” section, seemingly meant to reveal the depths of his creepy side, features Korn’s Jonathan Davis on “Starting To Turn,” a dark, moody track that manages to seamlessly blend Tech’s signature brand of rap with nu-metal, but with only four tracks in the category, it’s also the shortest.

Finally, the ego-powered, gangster-oriented “G.Zone” portion of the album is the most explosive and offers a highly diversified list of contributors. “Buss Serves” with Big Scoob and Young Devi D murder the thunderous beat while the deep, bass heavy “No Runnin To Ya Mama” brings levity to the album with 11-year-old Lace Jr., who helps out on the hook. “No runnin’ to ya mama/when you caught up in the drama/no runnin to ya mama when you caught up in the drama/cuz you give nobody honor,” he spits with the same fervor as a seasoned MC.

Unexpectedly, The Storm’s sole ode to weed, “Buddha,” finds the unmistakable harmonies of Boyz II Men, which is easily one of the record’s standout tracks. Starting with a harmonized countdown, it’s like it’s the early ‘90s all over again yet catapulted to 2016 with lyrics that revolve around vaping and (not surprisingly) legalizing marijuana. “No Gun Control” features the soul, blues and R&B stylings of Gary Clark, Jr., who contributes both additional vocals and a mean guitar as Krizz and Tech spill their feelings on the hot-button topic of guns in America.

Most telling, “The Needle” gets to the core of what is really bothering Tech, which seems to be that he’s not “mainstream” enough. During the melancholy song, he mentions his 2013 hit single “Fragile” with Kendrick Lamar and how he “sometimes feels like giving up,” even though he’s one of indie Hip Hop’s biggest success stories, which is truly more remarkable than any major label win.

While The Storm occasionally hits in all the right places, the sheer volume of the tracks dilutes what could have been a killer album from front to back. Similar to recently released albums like REKS’ The Greatest X or E-40’s The D-Boy Diary, it’s necessary to pluck out the slappers and leave the rest for a rainy day. While Tech rap his ass off and consistently puts his incredible rhyming prowess on display, The Storm could have benefited from a more concise execution. Nonetheless, it’s a massive undertaking and another reminder how committed Tech is to his career, one that constantly redefines itself with age.