Review: Freddie Gibbs' "You Only Live 2wice" Serves As An Excellent Warm-Up 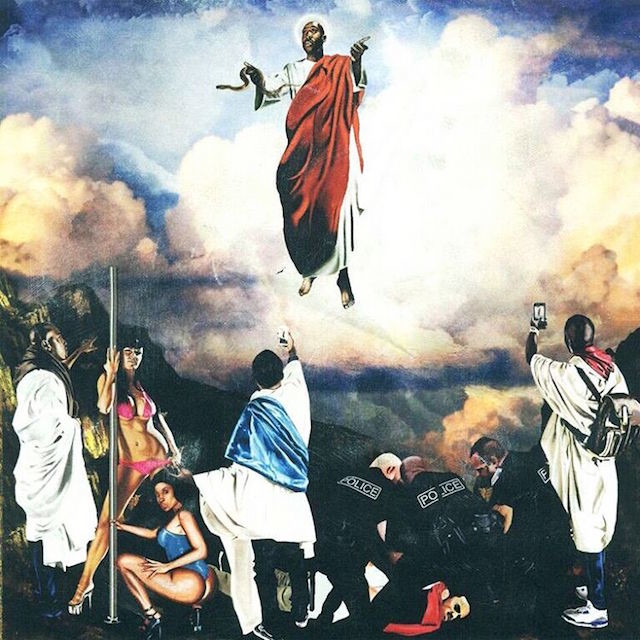 In a field where one’s cool factor is primarily defined by smoke and mirrors along with the ability to induce listeners into an energetic trance, Freddie Gibbs represents what’s become a rare intersection of believable street credibility and quality penmanship. A student of hard laced legends such as UGK and Scarface, surviving the destitute conditions of Gary, Indiana (just outside of Chicago’s warlike borders) has given him every right to detail what was once a personal hell with an aggressively reckless abandon. Making it out of hard living where others have easily succumbed, Gibbs’ main themes have included dodging the system’s traps and scandalous floozies, with life imitating art last year as he was acquitted after being accused of international sexual indiscretions.

Back stateside since seeing justice prevail in his favor, Freddie Gibbs’ first attempt at reemergence is marked by a few noticeable changes in demeanor. You Only Live 2wice opens with “20 Karat Jesus” where he employs a nearly paranoid rapid flow about living above the law; this preceding a second half where a rousing gospel choir sample serenades his pledge of allegiance to criminality. While Gibbs’ chosen aesthetic is the complete antithesis of Lecrae or Chance The Rapper’s Christian leanings, his stances against snitch culture (be it talkative co-conspirators or individuals flashing guns and money on social media) reflect the cover art where Teflon gangsta rap renders him a deity in an underworld of ambitious trappers, daunting police busts and enterprising strippers.

Though You Only Live 2wice is a welcomed reintroduction from Freddie Gibbs being forced to take time away from his craft, he now struggles to make compositions in line with what fans already know to be a greater potential. Despite their knack for developing melodies from scratch, both live band BadBadNotGood and Kaytranada combine for a fairly simplistic instrumental on “Alexys” as Gibbs tackles homie betrayal head on with fevered lyricism. Putting on a solid performance here while backed by those who haven’t quite mastered the ins and outs of producing gutter Hip Hop, “Crushed Glass” is closer to what followers have come to appreciate from the Baby Face Killa. This updated spin on the Sade flip from Mobb Deep’s “Where Ya Heart At” finds him with a chip on his shoulder running down the particular trauma he faced being locked up overseas.

Continuing to bridge urban nostalgia with currently prevailing tempos, Freddie Gibbs borrows from Caron Wheeler’s early ‘90s hit “I Adore You” while incorporating EDM rhythms and Auto-Tune on “Dear Maria”. He succeeds at riding the track while taking yet another look back to his days as a self-made ghetto pharmaceutical entrepreneur, but the overall intent seems to be attracting a crowd that’s guaranteed to lower the bar as it pertains to talent. Moreover, “Amnesia” requires suspension of disbelief at the idea Gibbs would make Atlanta strip club-themed music if there wasn’t a chance to rebrand himself and broaden his relevance during this comeback season.

Revered in this era for keeping the spirit of illustrative gangsta rap alive, Freddie Gibbs has resurfaced from his toughest public battle relatively unscathed but affected creatively nonetheless. Each of the eight songs on You Only Live 2wice can be taken as different scenes from a movie, with the one-trick pony effect dulling brighter moments such as “Homesick”; here he’s forced to reevaluate the often romanticized concept of crew loyalty with the realization that those closest to him played a part in his ending up behind bars last year. Relieved to be home with a fresh resolve to be a responsible father figure to his daughter, some could say Gibbs hurried to have his voice heard again, thus risking tainting his solid reputation for consistency. But ultimately, this latest material offers up a chance at sinner’s redemption.